As next-generation gene-editing technologies become increasingly popular, biotech industry stakeholders carry the responsibility to ensure the ethical deployment of these tools through mindful partnerships and investments.

Some call it the Bio Revolution or  Fourth Industrial Revolution – characterized by the convergence of technology, where the physical, digital, and biological worlds merge to create a huge promise for society.

At their intersection, artificial intelligence (AI)-enabled systems search through massive genomics databases to discover drugs, therapeutics, and other biotech tools that naturally evolved and now reside inside microbial genomes.

Leaps by Bayer, the investment arm of Bayer, invested in US biotech Metagenomi at the end of last year. Metagenomi lies at an important intersection of biology and data.

The company is using an AI-powered discovery engine to find naturally occurring gene-editing systems in metagenomic data. It is leveraging AI to enhance the power of CRISPR gene-editing technology, as it works towards its vision of advancing therapies and cures for oncology and genetic diseases.

Faulty mutations in genes are responsible for a variety of cancers and conditions like cystic fibrosis and sickle-cell disease, which CRISPR-based systems could potentially repair.

On October 7th, 2020, the Nobel Prize in Chemistry was awarded to Jennifer Doudna and Emmanuelle Charpentier for their groundbreaking work in developing CRISPR gene editing. It was a much-deserved recognition for what the Nobel Prize Foundation called an “epoch-making experiment”, which they conducted in 2012.

That year, they demonstrated a way to program the naturally occurring CRISPR system –  a type of immune response found in bacteria and archaea –  that acts like “molecular scissors” for cutting up the DNA strands of invading viruses. By slicing the virus’s DNA, the bacteria wards off infection.

The reprogramming that Charpentier and Doudna achieved meant that these “molecular scissors” were no longer limited to cutting up viral DNA, but any DNA they desired, in any genome: bacteria, plants, animals, and even humans. After a cut is made at a specific position in the DNA, a new DNA strand can be incorporated at the cut site, entire segments can be deleted, or other fine edits can be carried out.

The researchers’ experiment marked the birth of a breakthrough gene-editing tool – one that allows scientists to elegantly change DNA much like letters in a typed document. But it only focused on one enzyme, Cas9, which allows the CRISPR system to work with more precision, flexibility, and ease than any gene-editing tool before.

It was later discovered that there are many kinds of enzymes that can do this work in addition to Cas9 and that different enzymes optimize certain kinds of edits. Over more than four billion years of evolution, the microbial world has accrued an impressive number of them. Metagenomi has set out to locate CRISPR-associated enzymes and enhance them to facilitate a wide array of cures for cancers and genetic diseases.

Contemporary biotech owes a great debt to CRISPR, as do several ventures that Leaps has invested in. eGenesis, for instance, is utilizing gene-editing technologies for the development of human-compatible organs to address the global organ shortage.

Any technology as powerful as CRISPR must be humbly approached by those who use it. The ability to change the genetic blueprint of any organism bears complex ethical challenges, provokes safety concerns, and begs the question: whose values are driving the development and use of gene-editing technology?

Leaps by Bayer is investing in companies that share its vision of curing genetic diseases for all people. But that doesn’t mean the company rushes ahead into investments without careful reflection.

Part of Leaps’ responsible approach to biotech development, means investing in companies that work diligently to make these tools safer, more effective, and more accessible to larger swathes of humanity.

The venture capital unit of Bayer also believes that patients and other stakeholders must be consulted along the way to ensure that their concerns and hopes are incorporated into how the technology is deployed.

Metagenomi embodies each of these core values, and so, Leaps is thrilled to join them in their mission. As Metagenomi shows, sometimes technology development has far less to do with inventing a novel tool, than deep research into the archives of what nature has already come up with and finding a new purpose for it.

In this way, Metagenomi helps us see that the convergence between AI, biology, and big data is just the newest chapter in a very old and wise story: there is no better collaboration than that between humans and the wider natural environment that we are a part of.

If you are interested in learning more about the Leaps by Bayer approach to responsible biotech investments or you wish to learn more about the ten challenges the company is tackling, check out their website or get in touch! 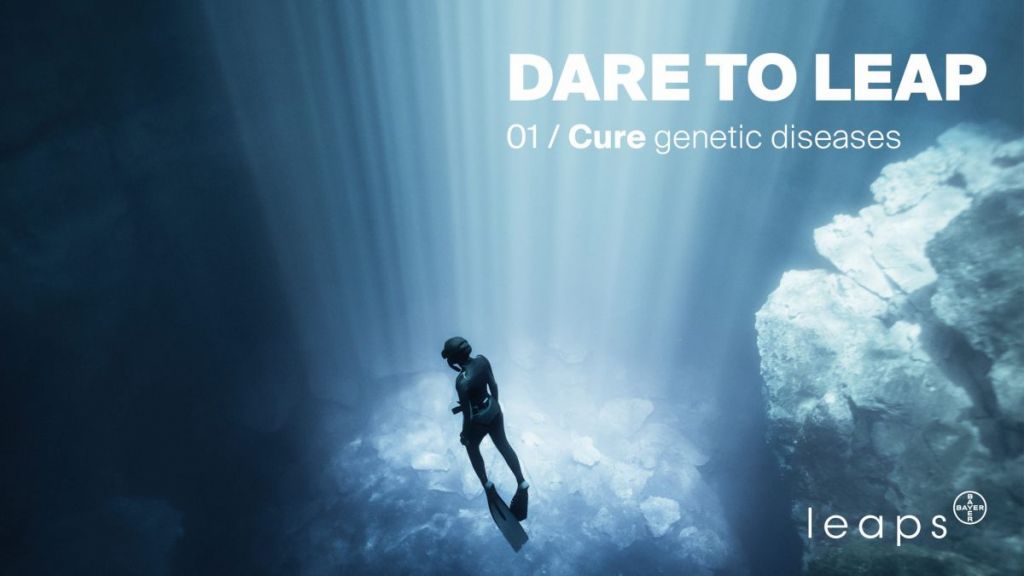