3D printing living tissues is complex and technically tricky. Based in Gothenburg, Sweden, Cellink is developing bioprinting technology with a focus on making it easy to use for non-experts. 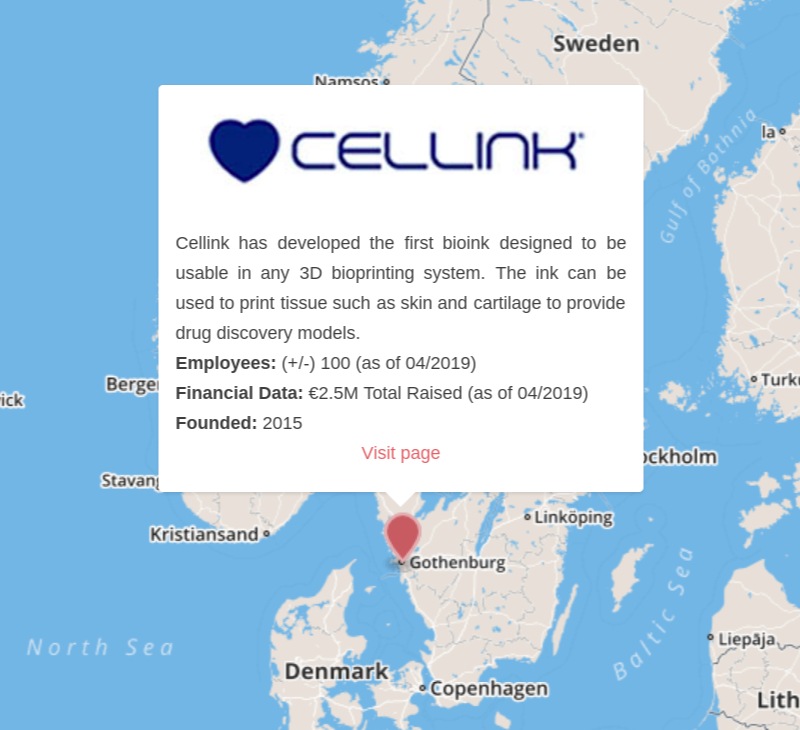 Mission: To make bioprinting technology simpler to use for researchers. This could be used to make cancer disease models for drug testing, and even printing tissue for transplants, such as corneas.

Tissue bioprinting lets you print cells and tissue in the same way that 3D printers can print tools or machine parts. It’s cool in concept, as it could one day print new organs for transplants or for testing new therapies.

However, bioprinting is still in its infancy, which is something that the company Cellink aims to change. “Bioprinting is a very complex and expensive technology that researchers have wanted to get involved with,” Erik Gatenholm, the company’s CEO, told me. “However, due to the complexity of it, the field has grown very slowly.”

There are many other companies working in tissue bioprinting, including the UCL spinout Engitix, the French company CTIBiotech and US biotech Organovo. However, Cellink believes that its bioprinting technology has the edge on user-friendliness.

“What Cellink does differently is making the technology easy to use and cost-effective,” commented Gatenholm. “We have children as young as seven years old who have successfully used our technology.” The company works to make the technology easier for customers through more corporate means, such as having a reliable customer service, which its says is relatively new in biotech. Cellink also aims to push the boundaries of the field, such as developing technology that can print tiny structures such as capillaries in collaboration with the US company Prellis Biologics.

Cellink’s bioprinting technology is being used in many applications, such as bioprinting personalized patient tumors for drug testing in collaboration with CTIBiotech, and developing bioprinted corneas for use in transplantation.

The field of bioprinting has promise for several applications. One of which is for testing disease treatments in the preclinical stage. The traditional method for testing new drugs is in cells in a lab dish, which doesn’t represent the 3D environment of a tumor or diseased organ very well.

Bioprinting is making the leap to testing treatments in more tissue-like surroundings. For example, the French cosmetics giant L’Oreal is working with the US bioprinting company Organovo to produce bioprinted skin for testing cosmetics. 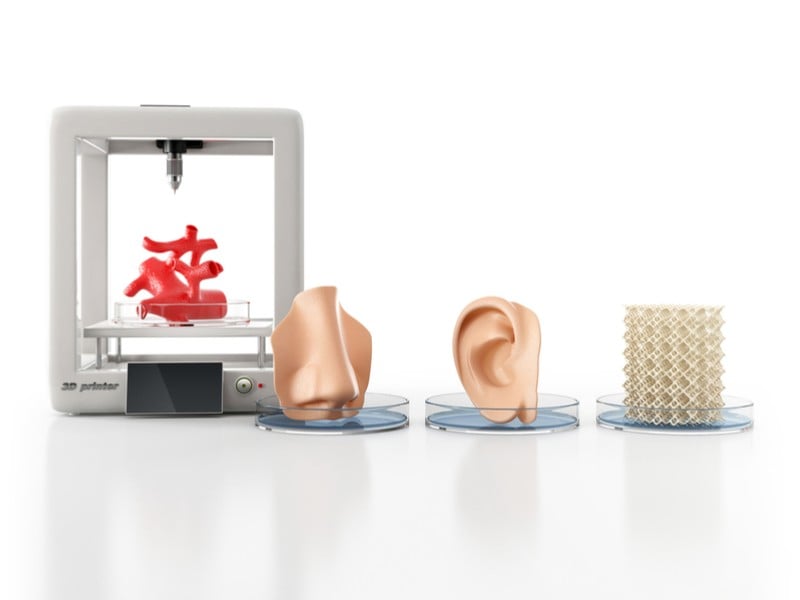 While bioprinting remains more of a niche technique at the moment, Cellink’s approach of making it as accessible as possible could speed up the adoption of this technology. This could also have the additional benefit of reducing the need for animal models in the early stages of drug discovery.

Once the technology is advanced enough, tissues could be printed for transplants, which could help to alleviate the shortage of organs in healthcare. This shortage is so stark that the WHO estimated that the 130,000 transplants already carried out worldwide represent less than 10% of the global need.

Despite the big potential, it will likely take many years to see bioprinted tissues approved for use in transplants. Anything that companies like Cellink can do to speed up this process would make a difference to many lives.