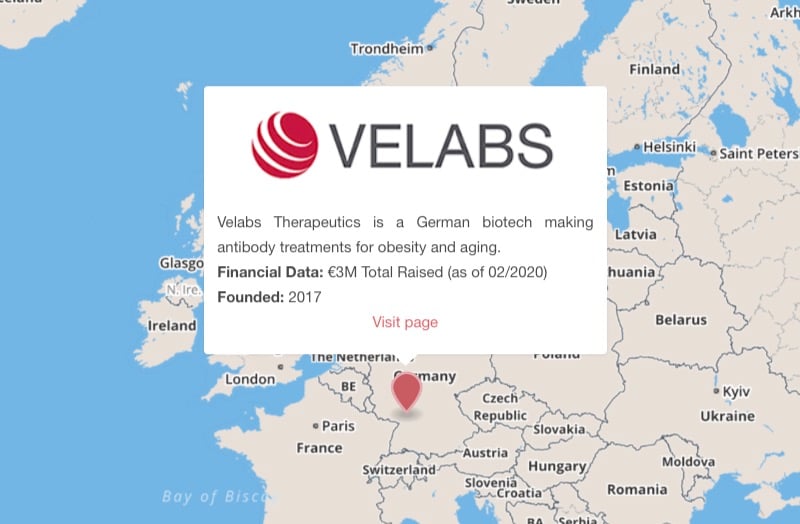 Mission: To develop antibody drugs using microfluidics technology that can kill old or ‘senescent’ cells, which have been linked to the development of age-related conditions such as cardiovascular disease, dementia, and macular degeneration.

While there are various treatments available to tackle age-related diseases, they often can only treat the symptoms of the condition, and fail to address one of the main risk factors: the aging process.

To meet this challenge, Velabs Therapeutics is one of several biotechs aiming to develop treatments that can slow aging.

“Right now there is nothing really effective in clinical use, apart from the typical cosmetic measures,” Christoph Antz, CEO of Velabs Therapeutics, told me. “There may be some hormone-based treatments on offer, but this is always questionable.”

Velabs Therapeutics is developing antibodies to destroy a specific type of cell called senescent cells. These cells occur in both young and old people when healthy cells cease being able to reproduce, and protect us from tumors by stopping potentially cancerous cell damage from propagating.

However, senescent cells build up more in the tissues of older people and are thought to be one of the so-called hallmarks of aging. By destroying these cells, Velabs’ treatments could slow down the aging process and delay age-related diseases.

There are several companies developing small molecule drugs to do this, such as the Spanish company Senolytx. To Antz’s knowledge, Velabs is the only company developing antibodies to selectively remove senescent cells. 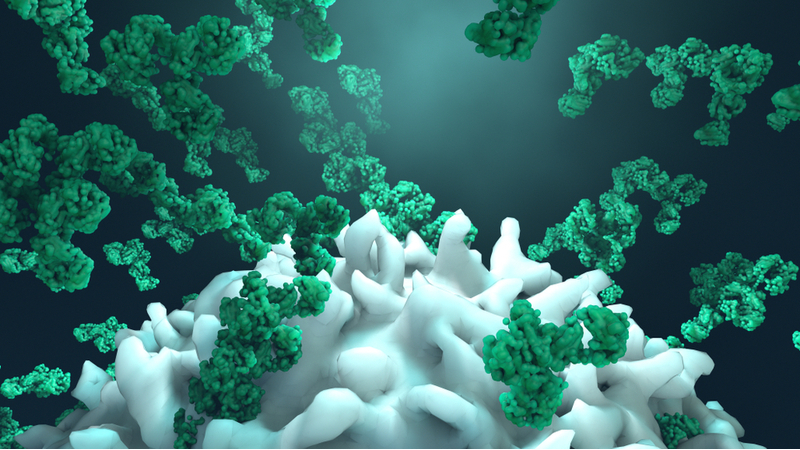 The use of antibodies in this pursuit has one potential advantage over many small molecule therapies, which is that they could be better at getting rid of the old cells without harming the healthy cells, given the right target.

“One of the Holy Grails I think is to have precise surface markers that you can use for a targeted approach,” said Antz.

Velabs signed a licensing deal with the German biotech alytas Therapeutics last month to develop a specific target molecule for its senolytic drugs. According to Antz’s estimations, it could take up to five years to see the first candidate reach phase I.

In addition to developing anti-aging drugs, Velabs carries out antibody drug discovery services using its microfluidics technology. Furthermore, it is also developing anti-obesity drugs, partly funded by a €3M Series B round in June 2019.

Velabs’ drugs will likely take a long time to reach the market if successful, but they could also be one of the first drugs to be able to tackle aging, a factor at the root of many deadly conditions such as cancer, cardiovascular disease, and dementia.

While the promises of anti-aging companies can be big, there is also a lot of skepticism surrounding the treatments. Antz responded saying that it is still too early to discount the potential of Velabs’ targeted approach.

“I share the skepticism,” answered Antz. “I’m not a hopeless optimist, but I am an optimist.”

Aging is a complex, multi-faceted process. As well as senescent cells, there is a wide array of companies searching for other routes to slowing the aging process. For example, the UK biotech Shift Biosciences is working to repair damaged mitochondria in aging.

According to Antz, the complexity of aging doesn’t point to a single all-encompassing anti-aging drug, but rather lots of more narrowly-focused treatments.