Our French biotech of the week, Biomillenia, is developing a lab-on-a-chip that can screen millions of strains of bacteria in a fraction of the time it takes for traditional methods. This technology can identify previously unculturable strains for use in agriculture, animal health, or microbiome-based therapies. 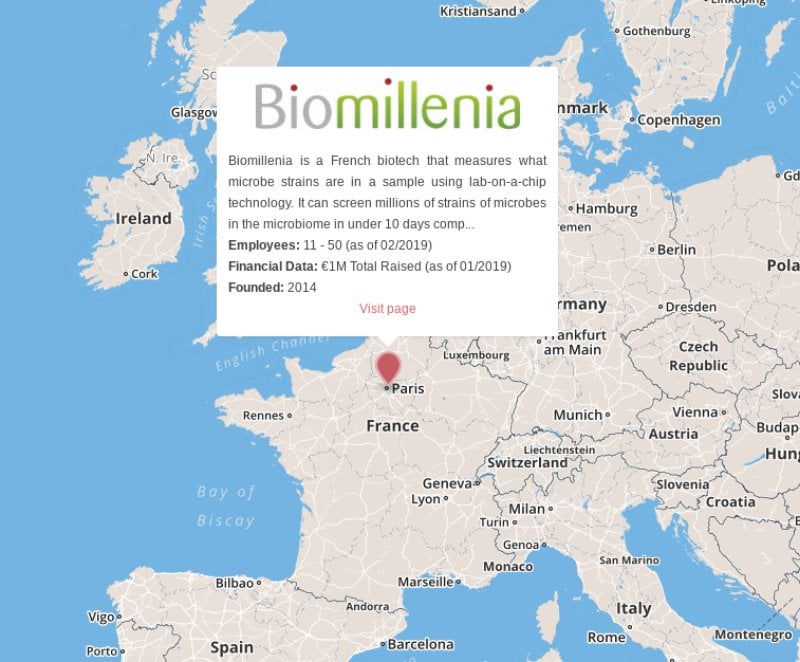 Mission: To use lab-on-a-chip technology to culture and screen up to 30 million strains of microbes in one day. Eventually, the company hopes to find useful bacterial strains that could form treatments for skin, digestive and immune conditions.

Bacteria come in many shapes and sizes, forming vast ecosystems across the planet. There is lots of untapped potential in these ecosystems, with microbial strains that could be useful for therapies or industrial applications hiding in the masses. The trick is just being able to identify and grow these useful strains.

“The vast majority of microbes living in diverse environments, such as in or on the human body, or in soil or water, cannot be efficiently cultured under laboratory conditions with today’s methods,” Dirk Löffert, the CEO of Biomillenia, told me. “This is also referred to as the dark matter of the microbiome.”

Biomillenia has designed a lab-on-a-chip that takes single bacteria from different samples, and isolates them in droplets of fluid so tiny that 50 million of them could fit in a single raindrop. The cells then reproduce inside these droplets over a week and then get screened to see if they have desirable genes and characteristics.

The main advantage of this method is that it can culture bacteria that have been considered unculturable in traditional microbiology. The technology can also screen over 30 million water droplets per day, while traditional techniques would take years to do the same task, with far more resources spent.

Having developed its technology in collaboration with Qiagen, Biomillenia currently carries out high-throughput screens for client companies hunting for specific bacterial strains that could be useful in human health, food and agriculture. Biomillenia’s approach also doesn’t require any genetic modifications, which could be appealing for some clients.

Earlier this month, the company launched a service based on the tech that is able to identify interesting strains in microbiome samples.

The company also has plans for developing microbiome-based treatments itself to address diseases involving an imbalance in the microbiome, which is called dysbiosis. “In-house, Biomillenia is focused on the development of products that address dysbiosis in humans, initially addressing skin conditions,” Löffert enthused. “Within the next two years, we plan to address certain therapeutic applications that we will co-develop in partnerships.”

What we think: Biomillenia’s technology could allow client companies to access previously out-of-reach microbial strains in a sample, which could open up many possibilities for developing microbiome-based treatments. This could also unlock more microbial strains for use in industrial and agricultural biotech.

The company’s approach is also an attempt to address one common weakness in the microbiome field, namely that the benefits of particular strains of bacteria in disease treatments is often unsupported by science.

“Identical probiotic strains are typically ‘packaged’ for several indications, such as digestive health and immune health,” Löffert said. “In most cases, however, limited scientific evidence exists to substantiate the beneficial effect of these strains in such diverse indications.”

With its in-house treatment development, Biomillenia is joining a young, thriving ecosystem of microbiome companies. Another European company aiming to carry out rapid screens of microbiota is the Swedish biotech Bio-Me, though it zooms in on only the most common bacterial species. Similar to Biomillenia, the Belgian company S-Biomedic is developing treatments based on the skin microbiome, isolating microbiota strains that could reduce acne.

Images from Shutterstock and Biomillenia