This week’s biotech, Equi-Nom, is based in Israel. With its genomics and computer modeling technology, the company helps plant producers to breed pulses that contain more protein without any genetic modification. 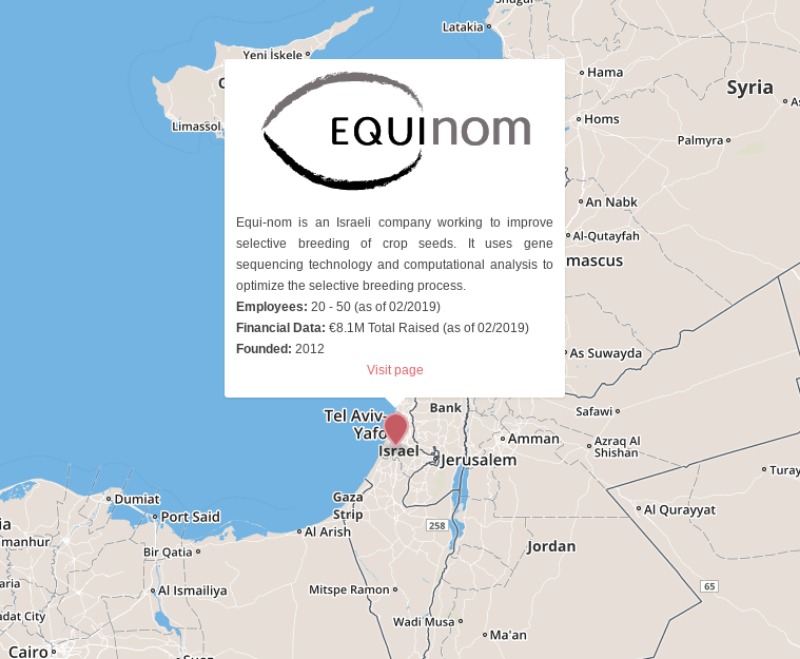 Mission: To boost the protein content in pulses, such as peas, without editing their DNA. Instead, the company speeds up traditional breeding by sequencing the genomes of pulses and predicting the best plant crosses with computer models.

As the world population increases, so does the demand for protein. Animal protein is a huge source of greenhouse gases. An alternative that is better for the environment is getting our protein from plants, though this has its own challenges.

“Currently, around 90% of plant protein is derived from soy and wheat,” Itay Dana, Director of Marketing at Equinom, told me. This over-reliance on soy and wheat is bad for people with allergies to those plants, and for some countries with an unsuitable climate for growing these crops.

Equi-Nom works with the seeds of legume plants, such as peas, lentils and chickpeas, which are rich in protein. The company is working to boost the protein content of these seeds so that less water and land is needed to produce the same amount of protein.

Equi-Nom first identifies individual plants with optimal protein content. It then sequences the genomes of the plants and uses computational simulations to identify which are the best to cross-breed.

Traditional methods are mainly based on screening the plant’s physical characteristics, or phenotype. However, desirable genes sometimes aren’t expressed in the plant’s phenotype for generations, meaning that it can take up to eight years to know which plants to select for breeding. In contrast, the company’s technology lets breeders screen a plant’s genome for the desired gene, letting breeders plan the process within the first year of breeding.

“Computational technology reduces the cost of plant breeding because it shortens the breeding and moves the commercialization stage earlier,” Dana told me. “It also saves seeds in the process that a traditional breeder could have lost.”

In addition, the technology can identify gene complexes that encode several traits in a plant at the same time. This means that Equi-Nom can analyze and select for multiple traits at once, unlike traditional breeding, which usually focuses on one trait at a time.

The company received a €3.5M ($4M) investment from an Israeli equity fund in October, and has collaboration agreements with big food companies such as the US-based Sabra Dipping Company, which produces dips such as hummus, and the French company Roquette, which specializes in producing plant-derived products such as meat substitutes.

Speeding up the process of selective breeding could help to create new varieties of legumes, which could increase the diversity of plant protein available on the market. This could reduce demand for animal protein, which is a major contributor to greenhouse gas emissions.

The market for legumes is growing rapidly, especially in Europe. Between 2013 and 2017, the number of products containing legumes on the market increased by 39%. The products used as meat substitutes showed the highest growth, indicating that vegan and vegetarian lifestyles are at least part of this trend.

Making plants with more protein using selective breeding could appeal more to consumers that are against consuming genetically modified organisms. The EU has particularly strict regulations regarding organisms that have undergone any kind of genetic engineering, including gene editing via CRISPR-Cas9. “The market is looking for products that do not involve any genetic engineering technology,” Dana said.

Images from Shutterstock and Equi-Nom