In the Polish city of Wrocław, Captor Therapeutics is developing cancer treatments that destroy disease-causing proteins. 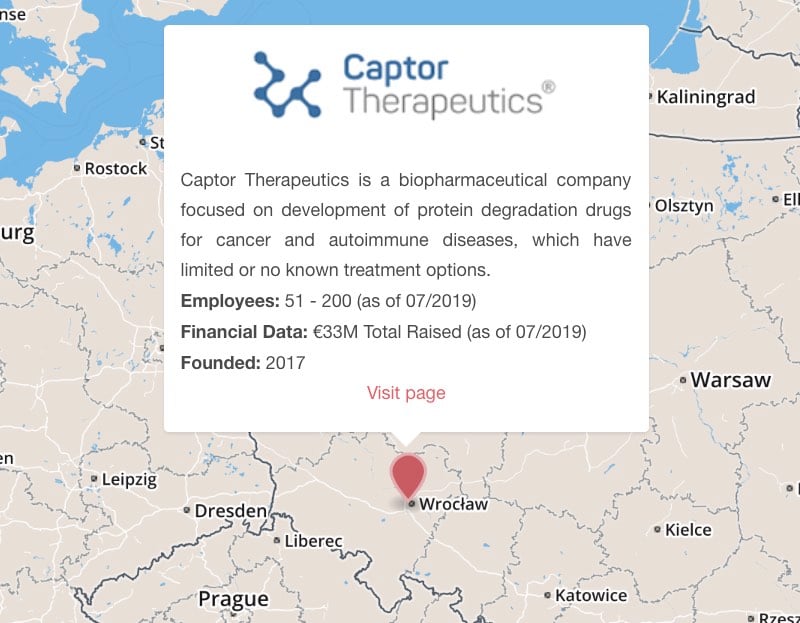 Mission: To develop cancer treatments able to degrade proteins that are normally outside the reach of traditional drugs, called the ‘undruggable proteome’.

Captor Therapeutics is developing small molecule drugs capable of targeting these undruggable proteins. Instead of designing drugs that either activate or block the target they bind to, the company instructs the cell to degrade the target. This is done by labeling the proteins with a special tag that sends the protein to the ‘trash can’ of the cell, called the proteasome.

This approach has a number of advantages over traditional drugs. For one, many existing drugs cause side effects because they target cell surface proteins that have many other roles besides the one that is causing the disease. In contrast, Captor can get access to proteins inside the cell that have more specific roles, an approach that is therefore less likely to result in side effects.

Another advantage is that proteins can interact with other proteins to contribute to a disease, even if they are being blocked from their main function. “In this case, taking the protein down provides a clear advantage over simple inhibition,” Maria Sagan, biotechnology specialist at Captor Therapeutics, told me.

Founded in 2017, Captor Therapeutics is currently in the early preclinical stages, and hasn’t yet disclosed which particular diseases it will be targeting. The company has raised €33M so far in grants and investments to fuel the development of its cancer treatments. 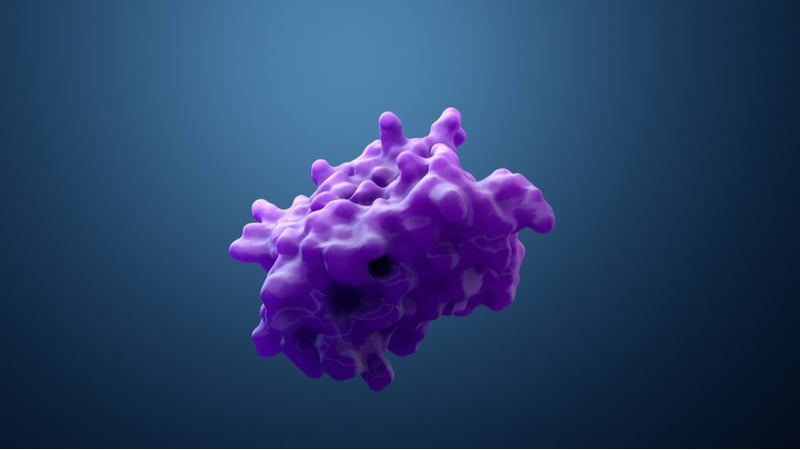 Protein degradation has the potential to open up the undruggable proteome. This could then allow new classes of drugs to enter the market for difficult-to-treat conditions such as cancer and autoimmune diseases.

The protein degradation approach is hot at the moment, especially in oncology. Many companies focus on the development of PROTACS, which are chimeric small molecules designed to trigger the destruction of target proteins. The most advanced PROTACs belong to the US biotech Arvinas, and are currently in phase I. Other companies are springing up to develop similar drugs, such as the UK biotech Polyprox, which makes PROTACS out of proteins, rather than small molecules. “We can expect that several degraders will enter clinical trials in the near future,” Sagan said to me.

Rather than investing in one type of degrader drugs like many other companies do, Captor Therapeutics is exploring different classes of degrader drugs. “We believe that the way to a successful degrader may depend on the target,” Sagan said.

Captor Therapeutics is part of the expanding biotech scene in Poland, which includes Pure Biologics, based in the same city as Captor. Other notable Polish biotechs include Warsaw-based OncoArendi and Selvita from Krakow.

“The number of biotech companies in Poland is growing, as well as the level of investment in science,” Sagan said. “However, we are still learning how to use this scientific potential to generate commercial value.”