Nestled in the biotech hub of Cambridge, UK, is Polyprox. Less than a year old, this company is developing a new class of protein-based drugs that could treat cancer by degrading key proteins in the cancer cell. 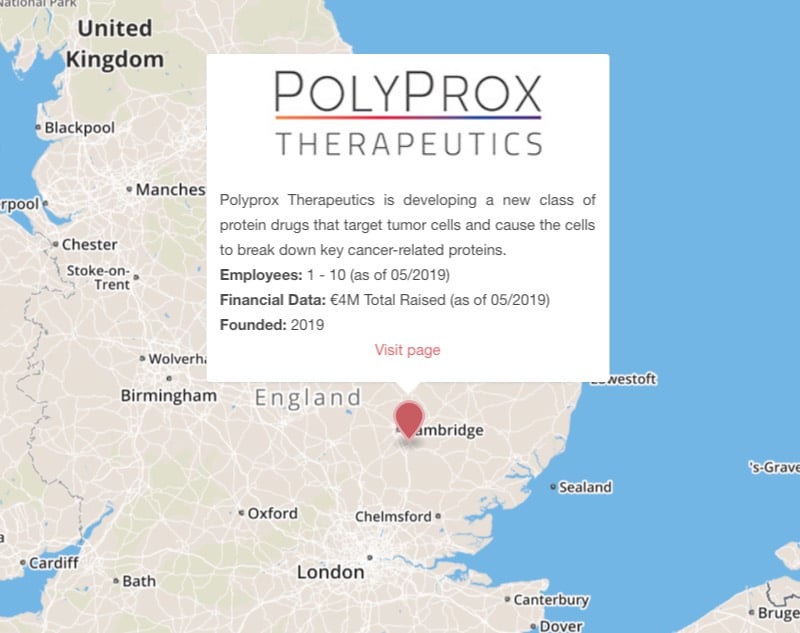 The treatment of cancer has made many leaps and bounds in the last few decades, with lots of therapies getting mixed and matched to kill tumors. However, new treatments are still needed.

“Cancer treatment is a sort of polypharmacy using chemotherapy, antibody therapies, and also enabling agents like checkpoint inhibitors,” Andy Sandham, Executive Chairman at PolyProx, told me. “But even though those have made improvements in some types of tumor, there is still a long way to go in terms of survival and quality of life.”

Polyprox is developing a new class of drug based on proteolysis targeting chimeras, or PROTACs for short. PROTACs consist of two molecules joined together: one that grabs a target protein, and another that grabs an ‘executioner’ protein. The drug forces the two proteins next to each other, allowing the executioner protein, called a ligase, to degrade the target protein.

Because they can destroy vital proteins in cancer cells, PROTACs are a hot area of oncology. The most advanced company developing PROTACs is the US biotech Arvinas, which is currently running phase I trials in prostate cancer. However, Arvinas and other companies make their PROTACs out of small molecules, which have a disadvantage when developing drugs for cancer. 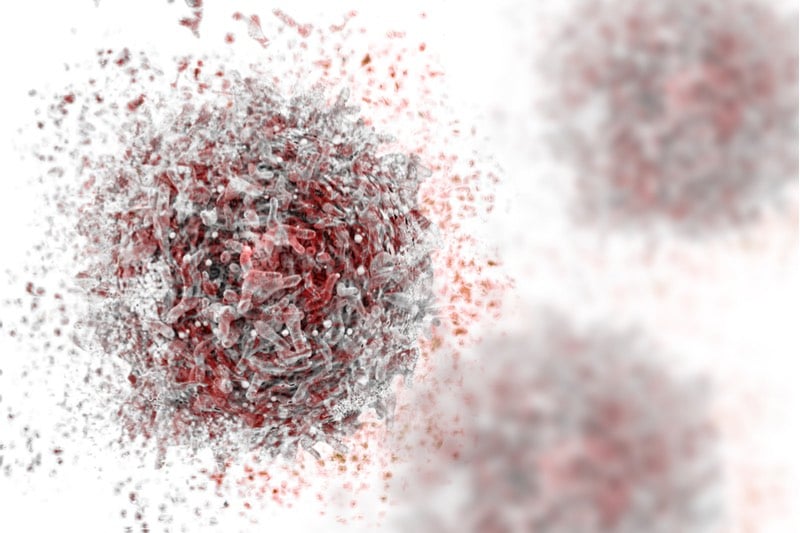 “The issue in using small molecules is that you are very limited by the number of targets that you can address,” Sandham explained.

Polyprox is making PROTACs out of proteins instead. Finding proteins that can bind a target cancer protein is a lot easier than finding a small molecule against the same target. The same is true for the other half of the drug that grabs the executioner protein, giving the drug a lot of flexibility.

Spun out of the University of Cambridge in 2018, Polyprox recently raised almost €4M (£3.4M) to fuel the progression of its PROTACs through the preclinical phase. The company expects to raise more funds in two years time, with potential drugs for different types of cancer expected to enter clinical trials in up to four years.

Oncology is an incredibly crowded field. In particular, the field of immuno-oncology has taken off in a big way, with recent groundbreaking treatments such as checkpoint inhibitors and CAR T-cell therapy. This busy field could make it hard for a startup company to stand out. However, Sandham is confident that the company’s PROTAC treatment is unique amongst its competitors.

“If you think about checkpoints and CAR T-cell therapies, the common theme is that you are using the patient’s own immune system, and very selectively boosting it,” said Sandham. “In a similar way, we’re using natural pathways in the body … The beauty of these more natural approaches is that you get higher efficacy and lower toxicity.”

One disadvantage of protein drugs against small molecules is that proteins can’t pass into cells as easily. However, Polyprox is considering this challenge and hoping to overcome it. “We’re using tools to make sure we can get these molecules into cells,” Sandham told me. “That’s a big part of our program.”

PROTACs aren’t just potential cancer treatments. They could also help to treat other diseases involving faulty proteins. The young Oxford biotech Sitryx is developing PROTACs in the preclinical stage to treat autoimmune disease and inflammatory diseases. Arvinas is also on the case, discovering new leads that could degrade proteins involved in Alzheimer’s and Parkinson’s disease. Sandham told me that Polyprox could enter the neurodegenerative disease space with a potential partner, but it is still early days.