It’s time to go to London, UK, this week. The UK biotech AstronauTx is developing drugs that could slow the progress of Alzheimer’s disease by aiming at star-shaped cells in the brain called astrocytes. 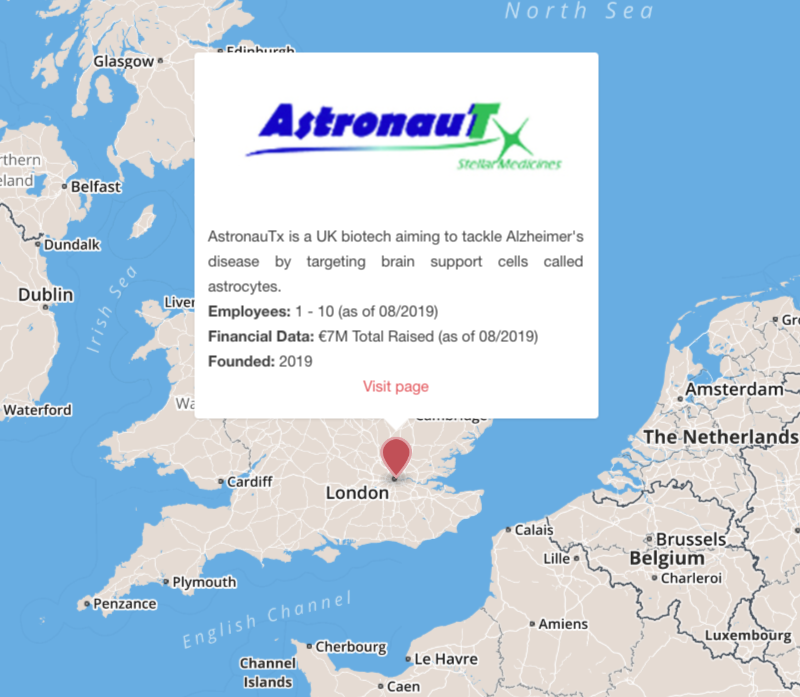 Mission: To develop small molecule drugs targeting astrocytes, whose inflammatory activity is linked to the development of Alzheimer’s disease.

Alzheimer’s disease is a highly debilitating neurodegenerative condition and is the most common form of dementia. Many companies have tried to develop treatments that slow the progression of the disease by targeting a protein called amyloid-beta, which accumulates in the brain of Alzheimer’s disease patients. To date, none have succeeded in getting a treatment approved.

Founded six months ago, the London-based biotech AstronauTx is following an alternative approach that could succeed in tackling Alzheimer’s disease. The company is developing treatments targeting star-shaped cells in the brain called astrocytes, which have essential support functions for neurons. These cells are believed to react to the harmful buildup of amyloid-beta in Alzheimer’s disease by releasing inflammatory chemicals that can be toxic to neurons, making the disease progress faster.

“Astrocytes have often been viewed as neutral bystanders in the condition, but that is not the complete picture,” David Reynolds, AstronauTx’s CEO, told me.

AstronauTx’s small molecule drugs are designed to reduce the toxic activity of astrocytes in Alzheimer’s disease, which could protect neurons from dying. The company’s drugs are currently at the preclinical stage, and are expected to enter clinical trials within two to three years.

AstronauTx’s treatments are funded by an investment of €7M from the UK’s Dementia Discovery Fund, the first venture fund dedicated to financing companies researching treatments for dementia.

Many companies are vying to be the first to develop a treatment capable of slowing the development of dementia. Whoever manages this feat could have a blockbuster on their hands due to the huge market for Alzheimer’s disease treatments.

“As regards targeting amyloid, it’s like the horse has already bolted and we’re shutting the barn door,” Reynolds said to me.

Shifting focus to new targets such as astrocytes could yield effective treatments able to delay the progression of Alzheimer’s disease, though these are generally at early stages. The US company Astrocyte Pharmaceuticals is also targeting astrocytes in Alzheimer’s disease in the preclinical stage, but in this case, the company is focusing on enhancing the beneficial functions of astrocytes rather than inhibiting their negative actions. 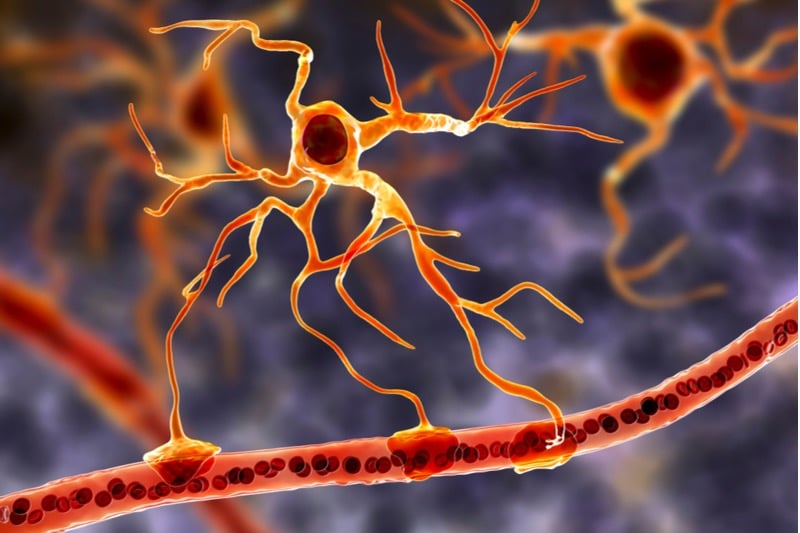 Another way to overcome the difficulty of treating Alzheimer’s disease could be personalizing the therapies. For example, companies developing treatments for cancer are increasingly tailoring treatments to the genetics of certain patient populations, whereas companies testing Alzheimer’s disease have generally tested patients as a mixed group without considering their genetics. “In this regard, we are behind other fields, and need to catch up,” Reynolds said.

Recent advances in genetics could accelerate this transition to a personalized approach in dementia. “I think we’re entering a second wave of genetics,” Reynolds told me. “Genome-wide association studies are giving clues about genes linked with the condition. While the effect of the genes is small, this may help to develop new treatments and target them more effectively than before.”