Scientists have described a new mechanism by which the immune system can drive Alzheimer’s and shown that blocking it can prevent the disease in mice.

A study published yesterday in Nature details how a molecule involved in the innate immune response can promote the aggregation of amyloid-β plaques that appear in the brains of patients with Alzheimer’s. The research, carried out in collaboration between Boston-based IFM Therapeutics and the University of Bonn, provides a new potential target for the treatment of the neurodegenerative disease.

The molecule at the center of the study is called the NLRP3 inflammasome. Inflammasomes are proteins that start inflammation as a response to stimuli such as bacteria and toxins. It had been previously reported that NLRP3 is activated in some Alzheimer’s patients, but a direct link hadn’t been described. That is, until now.

When NLRP3 is activated, it forms specks of a protein called apoptosis-associated speck-like protein containing a CARD, or ASC for short. The new study reveals that ASC specks bind to amyloid-β proteins and induces their aggregation. 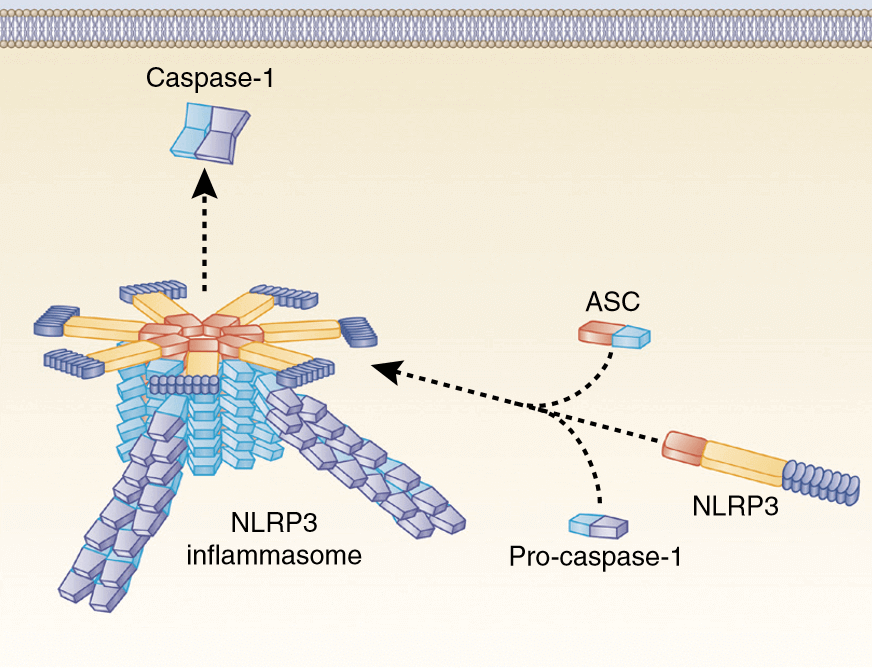 To demonstrate the therapeutic potential of this discovery, the researchers created an antibody that binds ASC in order to block its interaction with amyloid-β. In human cells and mice, this antibody prevented amyloid-β aggregation.

Though it’s certainly exciting to have a new target in the fight against Alzheimer’s, it remains to be seen whether this approach can be translated into humans. In the last few years, multiple drugs to block amyloid-β aggregation have failed to prove effective in late-stage clinical trials. After big names like Eli Lilly and Merck pulling out this year, many are turning to other approaches, such as targeting the tau protein rather than amyloid-β plaques.

Still, identifying a direct link between an inflammatory process and Alzheimer’s is definitely valuable. Inflammation is still poorly understood despite its involvement in a wide range of diseases. As science reveals the complex mechanisms behind it, new avenues for medical research are open.

In particular, the inflammasome seems to have become a promising disease target despite it was discovered relatively recently, in the early 2000s. In the UK, the company Inflazome focuses on targeting this inflammation mechanism to treat conditions ranging from cardiovascular disease to arthrits, multiple sclerosis and even cancer.