Switching certain genes on or off causes the premature aging of stem cells that repair the brain. Identifying them could provide a target for new therapeutic approaches against neurodegenerative diseases.

Scientists at the Babraham Insitute in Cambridge and the University of Sapienza in Rome have identified a number of genes involved in the aging of brain cells. The study, published in Aging Cell, saw that an increase in the activity of a gene called Dbx2 ages brain stem cells prematurely. This improved understanding of the aging brain could help us to slow down or reverse its deterioration.

Throughout our lives, cells in the brain die and are replaced by new ones that are generated by stem cells. However, as we age, these stem cells lose their capacity to repair the brain. The loss of nerve cells is one of the key features of neurodegenerative diseases like Alzheimer’s.

The Cambridge-based researchers looked at the genomes of cells in the brain of old and young mice and found that the activity of more than 250 genes varies with age. In particular, the group found that increased Dbx2 activity causes young brain stem cells to behave like older cells by growing more slowly.

In addition, changes to the epigenome of the brain stem cells were observed, which the researchers believe to play a role in the brain’s deterioration. 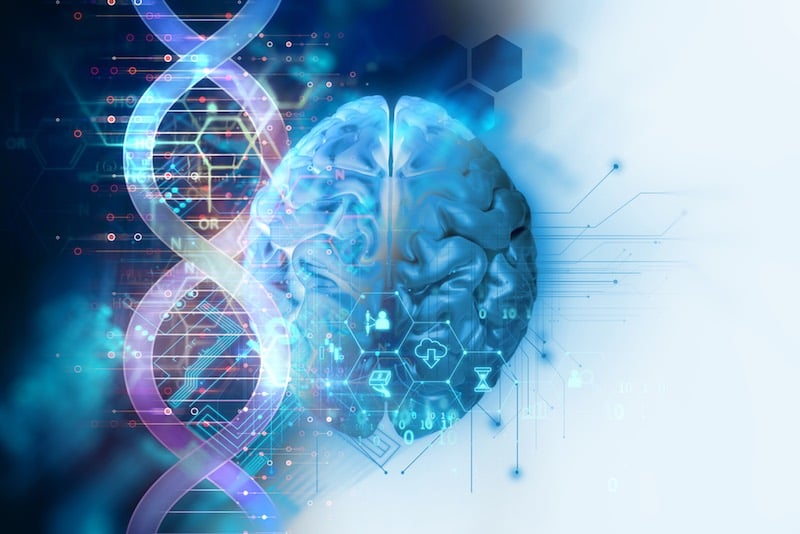 “We have succeeded in accelerating parts of the aging process in neural stem cells.” commented Emanuele Cacci of Sapienza University, one of the study leads. “By studying these genes more closely, we now plan to try turning back the clock for older cells. If we can do this in mice, then the same thing could be possible for humans,”

The group’s research may be at an early stage but it joins existing research in the field that highlights the role of the genome in brain aging. In particular, scientists at Edinburgh University found that changes to gene expression in brain expression are closely linked to the age of an individual. Meanwhile, researchers at the University of Sheffield identified a DNA-based mechanism that drives the death of neurons in amyotrophic lateral sclerosis (ALS) and dementia.

Next, we will have to hope that biotechs in this area are able to make the most of these findings and bring an effective treatment for devastating diseases like Alzheimer’s to the market. Synpromics teamed up with University College London to develop gene therapies for Parkinson’s and this news could help it to tackle other conditions. By identifying a role for the epigenome in these diseases, the research also supports Oryzon’s approach that removes epigenetic modifications that are linked to the onset of diseases like Alzheimer’s.