Confo Therapeutics has received a €1.6M grant to support the discovery of drugs against fibrosis, one of the most deadly conditions in Western countries.

Confo Therapeutics is a young biotech in Brussels developing a unique technology to target historically undruggable G protein-coupled receptors (GPCRs). The company just announced it received a €1.6M grant from Flanders Innovation & Entrepreneurship (VLAIO) with a duration of 2 years.

After being awarded another grant last month from Innoviris in Brussels, the total amount Confo has received is €2.6M. The funds will be used to discover new drug candidates against GPCRs to treat fibrosis.

GPCR’s, the focus of Confo’s research, are cell membrane molecules that transmit signals into the cell. They’re involved in multiple processes, making them attractive targets for diseases ranging from Alzheimer’s to cancer. The Belgian biotech employs single domain antibodies called Confobodies, inspired in those found in llamas and alpacas, to stabilize the elusive molecules and drug them. 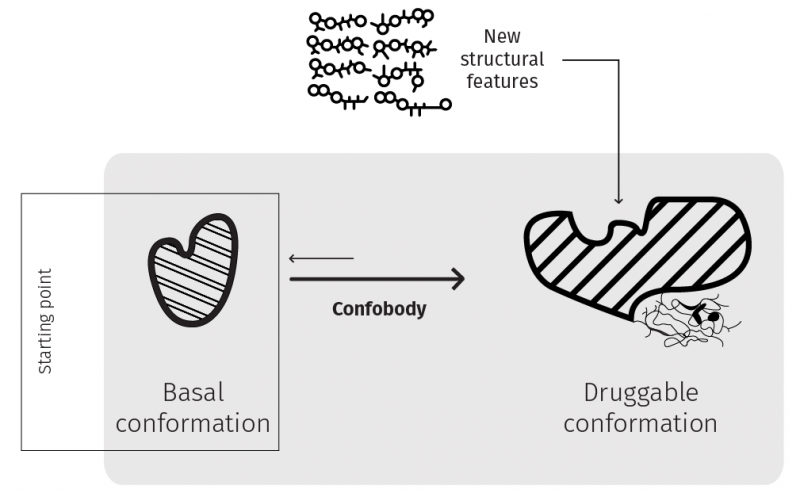 However, very few companies focusing on GPCRs go on to succeed. Confo’s main rival might be Heptares Therapeutics in the UK, a subsidiary of the Japanese Sosei. Its StaR technology is used to engineer GPCRs by introducing mutations that stabilize the molecule.

The grants will fund Confo’s very ambitious technology that may be superior to Heptares’. Fibrotic diseases, which are caused by the formation of excessive scar tissue, account for up to 45% of deaths in the industrialized world. They can affect any organ, producing a wide range of conditions including cardiovascular disease, pulmonary fibrosis, kidney disease, systemic sclerosis, liver cirrhosis and inflammatory bowel disease.

Fibrosis is a challenging therapeutic field given the great variability it can present among different organs and tissues. If Confo Therapeutics manages to find potential candidates to treat these conditions, the company could make a big entrance in the market one day.