GPCRs have spelled “dead end” for many a biotech and academic endeavor. I sat down with Confo Therapeutics to hear about how they’re recruiting antibodies for a new onslaught.

Despite their allure as the key to many indications, GPCRs are not a target for the faint of heart because they tend to move through a multitude of conformations. This flexibility makes them notoriously difficult to wrestle from a therapeutic perspective.

One of the only companies to rise above the graveyard of biotechs is Heptares, which has developed a drug discovery platform of mutant GPCRs engineered to hold a certain conformation. Last year, it became the centerpiece of a billion-euro licensing deal with Pfizer. But Confo Therapeutics has a technology that stands to outperform Heptares’s StaR proteins. 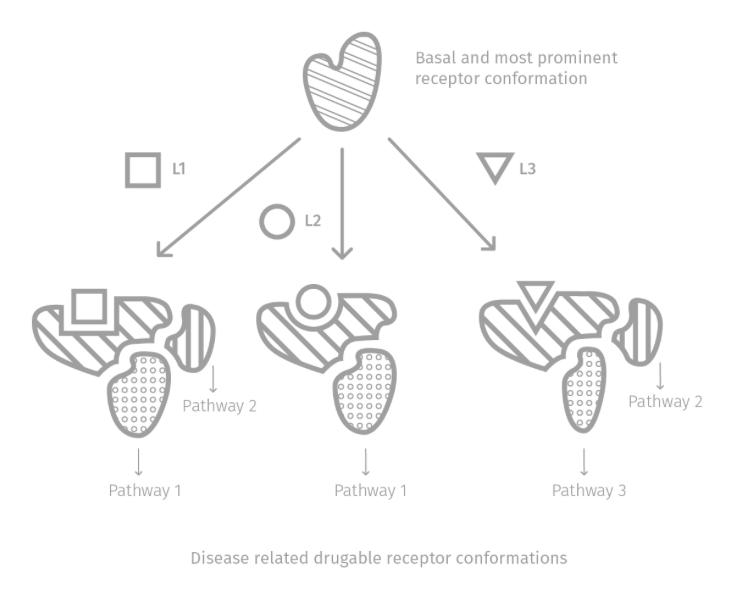 Protein engineering, upon which Heptares relies, is an incredibly time-, money- and labor-intensive process. To obviate this sink, Confo Therapeutics is looking to speed up and reduce the resources needed for screening and preclinical development by developing a way to lock wild-type proteins into an active, druggable conformation. These conformations are vital not only to drug efficacy, they also dictate the induction of side effects, as in the case of the mu opioid receptor (MOR), the target for opioid analgesics.

“One particular conformation of the MOR results in the induction of beta arrestin-2, which is linked to the most harmful side effects of opioid use – tolerance that leads to overdose, and respiratory depression which becomes the cause of death in such cases,” said Christel Menet, CSO of Confo Therapeutics.

“By locking this GPCR into the desirable conformation that induces G-protein recruitment rather than beta arrestin-2, we can use this to discover MOR agonists that are biased towards G-signalling.” These G-protein-biased agonists would theoretically not have the side effects making the American opioid epidemic so deadly, and they could become a new, much safer generation of opioid drugs for pain relief. 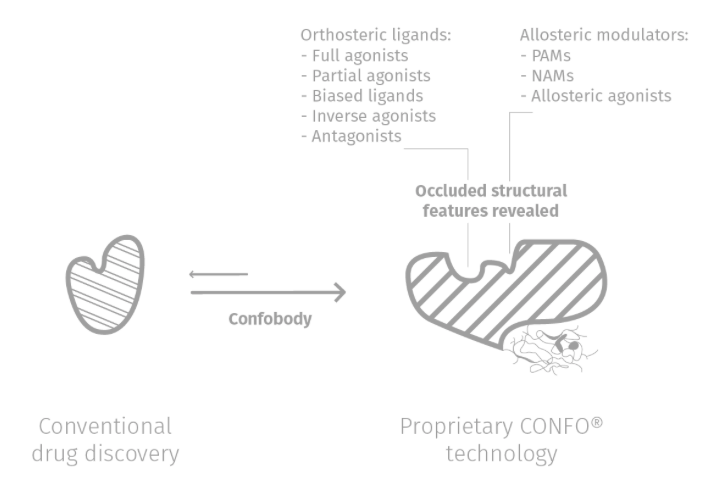 “In the MOR example, our screening platform should reveal drugs that preserve pain relief without the side effects that have brought on the abuse epidemic in the United States,” continued Menet.

“The Confo screen assay is revolutionary: it’s a simple binding assay that can predict the biological activity of a drug candidate via its selectivity for one conformation over another,” said Cedric Ververken, who was appointed CEO of Confo Therapeutics just last month.

“We’re adding value to the drug discovery process greater than the usual high throughput and structure-based methods, since we can process diverse conformations, identify more effective ligands, cut down on false positives and negatives, and screen orthosteric and allosteric ligands.”

But make no mistake, Confo is not going to be a CMO. “We’re not rolling out the technology in a fee-for-service model, but are focusing on the development of our own pipeline and on drug discovery partnerships with select pharma partners.”

Menet and Ververken couldn’t speak of any collaborations yet — Confo Therapeutics is very young and only just taking off. The company was founded in just last year by Jan Steyaert, whose name you might recognize after he cofounded Ablynx in 2000.

Back then, Steyaert focused on the development of Nanobodies, a novel class of antibody-derived proteins based on single-domain fragments that Ablynx went on to develop into therapies for everything from cancer to inflammation. The company has since become a world leader for the use of Nanobodies and one of Europe’s biggest success stories.

The latest incarnation of this technological approach is the Confobody, which Steyaert spun out of the VIB Structural Biology Research Center in Brussels and into Confo Therapeutics. His next step was to recruit top talents like Ververken, who was previously VP of Business Development at Ablynx, and Menet, who was the Director of Chemistry for Galapagos.

Confo Therapeutics has also secured the financial backing of VCs like Capricorn Venture Partners, VIB, MINTS, QBic, PMV and V-Bio Ventures. It closed 2015 by raising €6.7M in a first financing round. For now, the company is still just the technology platform; once its data emerges, it will speak for itself. But with a crew of biotech veterans and the solid financial start, it will hopefully be able to prove itself in due time!