After reading Forbes ’30 Under 30′ ranking in the Science and Healthcare field in Europe, we decided to list a few of these impressive individuals – one as young as 18 years old!

The panel of judges was made up of a trio of Academic elite; including  Steven Salzberg, a professor of Biomedical Engineering at Johns Hopkins University and part of the Human Genome Project, and Hans Lehrach, the Director of the Max Planck Institute for Molecular Genomics.

As a research fellow at Cambridge, Richard (29) has authored over 50 papers already, with a particular emphasis on water remediation. He co-founded WaterScope UK to develop a bacteria detection microscopic device which has been 3D-printed.  This is an open source project using Raspberry Pi to develop a low cost diagnostics alternative for drinking water in developing countries. 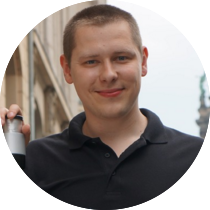 Michal (29) is the CEO of a ‘Healthcare-Robot’ start-up, EGZOtech. Named ‘Luna‘, the robot is equipped with extensor training mechanisms to help patients with diseases causing Muscular atrophy (such as DMD, multiple sclerosis or even stroke) to undergo controlled physiotherapy. There is even an automated diagnostics system for the patient to monitor progress and training.

A closer Look at the Robot ‘Luna’ from EGZOtech…

Mattias (28) is the CEO of the Start-up Inositec, spun out from ETH Zurich to focus on addressing pathogenic bacteria such as Clostridium dificile. Inositec is at the pre-clinical proof-of-concept stage with this asset, a novel non-antibiotic small molecule that neutralises the symptom-causing toxins secreted by this bacterium.

Elena (29) is a Medical researcher at the University of Heidelberg, part of a team investigating Non-surgical methods of tackling lesions caused by the Human papilloma virus (HPV), which is strongly linked to the development of cervical cancer. In particular, she is working on an antibody biomarker for the infection, to help create an early diagnostics system against the cancer.

After studying Computer Science at Cambridge, John (27) is working on a optical interface prosthesis at the Newcastle University department of Neuroscience. The hope is that this piece of wearable tech (which is becoming increasingly an popular concept in Biotech) will be able to restore sight in blind patients. 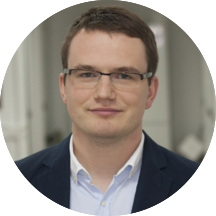 Tomasz (29) is a research assistant at the Polish Academy of Sciences. He has co-invented two key pieces of tech: a Micro-droplet chemostat biosensor for detecting bacterial strain adaptation and resistance (a form of Biohacking – see the Open Evolution project), and a system for digital PCR diagnostics. Through the latter, the biotech Curiosity Diagnostics was founded which aims to detect disease causing microbes in under 15 minutes. 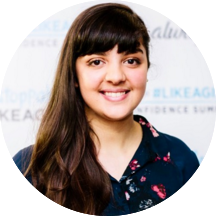 Sarah is only 18 and has been awarded the title of the UK ‘s 2015 Young Scientist after a work placement at the University of Sheffield Department of Biomedical Science. Her project, which was entered into the National Science + Engineering Competition (with around 2,000 entrees) focused on the IBS drug Lubiprostone and how it could potentially be used to also treat Cystic fibrosis. 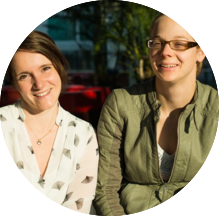 As the founders of Sun Bioscience, Natalie (28) and Sylke (29) are looking to break into the Organs-on-Chips and drug testing (ADMET) field of tech. Their mini-organoids have caught the attention of a seed-funding award from the École Polytechnique Fédérale de Lausanne (Switzerland) which has now a valuation of around €1.8M.

Read about the other 22 fantastic innovators listed by Forbes, the recognition of which is surely a great milestone for these young people. They truly show that there is more room than ever for young people in the Biotech Industry, which Labiotech is also trying to show at Labiotech Refresh, where the CEO of Eligo Biosciences (only 28 years old) will be a speaker.