For the second time in history, an HIV-positive patient with blood cancer has achieved HIV remission following a customized bone marrow transplant to treat their cancer from an HIV-resistant donor.

The HIV-positive patient received a bone marrow transplant to treat the blood cancer Hodgkin’s lymphoma, from which he also suffered. The researchers used this cancer treatment as an opportunity to also tackle his HIV infection.

After preparatory chemotherapy, the physicians transplanted the patient with bone marrow from a donor with a genetic mutation that gives them resistance to HIV infection. At 16 months following the transplant, the patient’s antiretroviral therapy was paused, to see if the transplant could confer long-lasting HIV remission.

In the case report, published in Nature, since pausing their therapy, the patient has continued to be HIV-free for 18 months without antiretroviral treatments. His new immune cells carried the HIV resistance mutation and proved resistant to HIV infection in the lab.

While the treatment has been successful at eradicating the cancer and apparently the HIV infection, the patient did experience some side effects. The process caused a mild case of graft-versus-host disease, where the donor’s immune cells attack the recipient’s cells.

“While it is too early to say with certainty that our patient is now cured of HIV, and doctors will continue to monitor his condition, the apparent success of hematopoietic stem cell transplantation offers hope in the search for a long-awaited cure for HIV and AIDS,” stated one of the UK-based researchers involved in the study, Eduardo Olavarria, from Imperial College London. 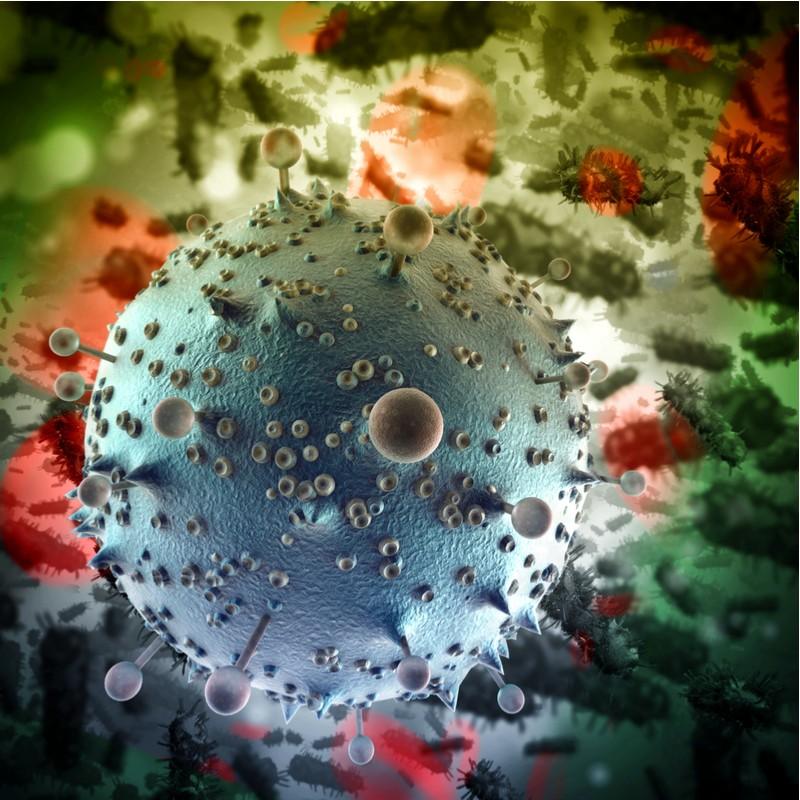 Another HIV-positive patient, at an earlier stage of treatment than the other two patients, recently received a similar bone marrow transplant at the University Medical Center Utrecht in the Netherlands. This patient was recently shown to be virtually HIV-free three months after ceasing HIV medication, but whether this state of remission will continue remains to be seen.

These cases follow the first known instance of an ‘HIV cure’, which hit the news ten years ago. An HIV-positive person, known as the Berlin patient, received no fewer than two bone marrow transplants and intense radiotherapy to treat his acute myeloid leukemia. The bone marrow transplants came from a donor with the HIV resistance mutation, and he has remained HIV-free since.

While the new study shows that it’s possible to achieve long-term HIV remission with less intensive treatments than with the Berlin patient, this isn’t a viable cure for the majority of HIV-positive people who are otherwise healthy. Bone marrow transplants can carry risks of life-threatening conditions such as anemia, infections and graft-versus-host disease. For now, it’s much safer to continue with existing antiretroviral treatments.

Although stem cell transplants are unlikely to help many patients, one day, scientists could use the HIV resistance mutation in a gene therapy approach. In particular, it could be possible to gene-edit patients to express this mutation using the tool CRISPR-Cas9. Last year, a Chinese researcher controversially claimed that he had already gene edited two human fetuses to express this mutation, with the intention of preventing HIV infections in later life.

There are other, more advanced HIV treatments in development that could apply to many HIV patients. The closest functional cure to the market so far is a small molecule from the French company Abivax, which is designed to destroy viruses hiding within immune cells and in the intestine, providing a functional cure for the disease. The drug has passed several phase IIa clinical trials and the company is starting a follow on phase IIb clinical trial this year.