Artist Alanna Lynch uses kombucha as an art medium to explore our relationship with the microbiome, which is now in the spotlight of human health.

An ancient drink made of fermented tea, kombucha is now, over 2,000 years later, exploding in popularity. This week, Coca-Cola acquired an Australian kombucha company in an aim to enter this promising market.

Kombucha is believed to have many health benefits. Among them is the fact that it’s a probiotic drink, as the drink is fermented using a symbiotic culture of bacteria and yeast.

In recent years, scientific research has revealed that the human microbiome has a key role in our health, influencing all sort of processes from digestion to the immune response and the brain. Kombucha could help keep it healthy by increasing the diversity of microorganisms that live in our gut.

As an artist and scientist, Alanna Lynch is fascinated by this idea of microorganisms becoming an essential part of our bodies and therefore our identity. Her artwork Gut Feelings takes the form of performative lectures where she invites attendees to drink kombucha with her and get their hands dirty to become familiar with the microorganisms that ferment the drink. 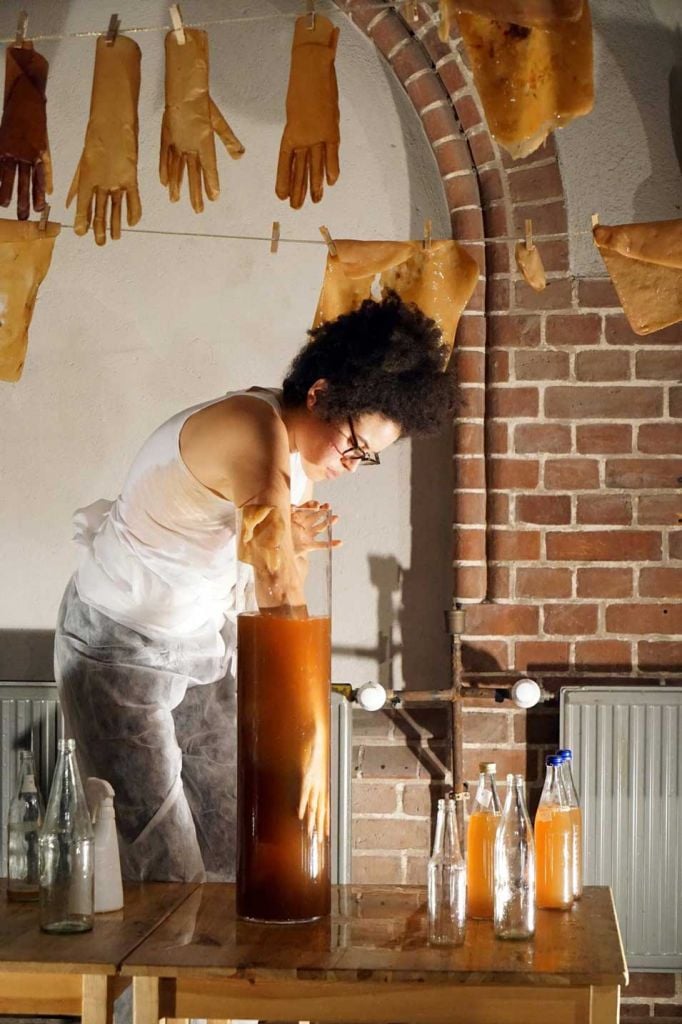 In the process of making kombucha, the bacteria and yeast culture transform sugar into acid compounds and alcohol. The microorganisms also produce films of cellulose, a flexible material with a unique texture and smell. The material is being investigated as a sustainable alternative to textiles — Lynch herself has used it to make cellulose gloves –, and scientists have even proposed it as the ideal material to manufacture on Mars in the future.

In her performances, Lynch explains how the microorganisms in the kombucha attendees are given to drink have been shown to influence the mind. She also explores how, by drinking it, the concept of ‘self’ becomes blurred given the essential role that the microbes living in our gut play in our health.

Originally from Canada, Alanna Lynch is now based in Berlin, where she has been performing Gut Feelings. Her work offers a unique opportunity for anyone to come closer to microbiology science and the fascinating new concepts that the most recent research in the microbiome field is starting to unveil. 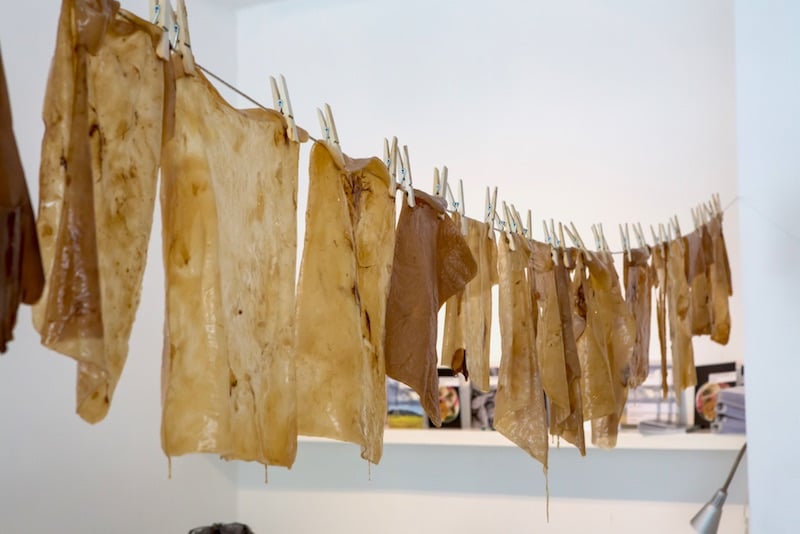 This article was originally published in June 2017 and has since been updated.
Pictures credits: Alanna Lynch, Matthias Reichelt, and Tim Deussen