Others involved included pension funds, insurance companies, and wealth managers as well as companies such as Bristol Myers Squibb and Otsuka Pharmaceutical.

Money raised in the closed-end investment vehicle, which was launched in 2018, will be used to fund 15–18 mostly European, privately-owned companies involved in early-to-late stage drug development and medical technology.

“We see a tremendous deal flow, both quantitatively as well as qualitatively, and we are super excited to continue to translate cutting-edge European science into transformative clinical advances,” Joachim Rothe, Managing Partner at Life Sciences Partners, told me.

Rothe explained that the LSP 1–6 family of funds is just one of three separate funding activities the company has under its roof.

The company is also using its €264M health economics fund to invest in late-stage medical technology that offers both health and economic benefits. Additionally, it has an open-ended public fund listed on the Euronext Amsterdam stock exchange, which only invests in public biotech stock.

“All three columns together have fresh firepower in the range of $1B [€900M] for biotech and medtech investments,” stated Rothe.

Over the past 30 years, LSP has provided start-up and growth capital for more than 200 companies and formed more than 50 strategic partnerships.

This has been used to develop new diagnoses, treatments, and devices in therapeutic areas such as diabetes, ulcerative colitis, heart failure, asthma, and cholesterol management.

LSP’s early investments have historically been made in the preclinical stage of development, with companies later built around this, but LSP has also made later stage investments involving more capital.

Altogether, LSP has a portfolio of companies running more than 100 clinical trials, placing it on par with the largest pharmaceutical companies worldwide. 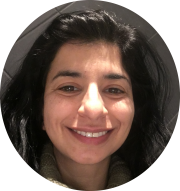 Anita Chakraverty is a freelance medical journalist and science communicator. Outside work, she enjoys a good movie, long walks in the local woods, and trying to get into pretzel-like yoga poses.