Oxitec (UK) is on track to be allowed to trial their self-limiting, genetically engineered mosquitoes in the US – and stop the spread of Dengue and Zika.

As a spin-off from Oxford University, Oxitec specialises in using genetic engineering to control insect pest populations with the ‘Sterile Insect Technique’.

This is an interesting alternative to pesticides in Agriculture, but it is also highly relevant in the control of infectious diseases. However, releasing GM mosquitoes is a very

idea, which is facing a lot of opposition and concerns over the impact it could potentially have on an ecosystem.

Aedes aegypti is a particularly problematic species of mosquito, as it spreads viruses like Chikungunya, Dengue and more recently infamous Zika. The population of this mosquito is hard to control, even with heavy use of pesticides.

Oxitec wants to expand the import approvals of its Aedes aegypti OX513A product (a strain of male mosquitoes that don’t produce viable offspring) to the US and conduct a trial in the Florida Keys.

This project is one step closer to reality, now that the FDA’s Center for Veterinary Medicine (FDA-CVM) has released a preliminary finding of no significant impact (FONSI). This is an indication that the FDA uses for veterinary drugs that are found to have no impact on health or the environment.

The review team was also composed of experts from Centers for Disease Control and Prevention (CDC), and the Environmental Protection Agency (EPA), in addition to FDA-CVM. They focused on past field trials, which have been conducted in the Grand Caymon and Malaysia. There are currently ongoing trials in Brazil and Panama. 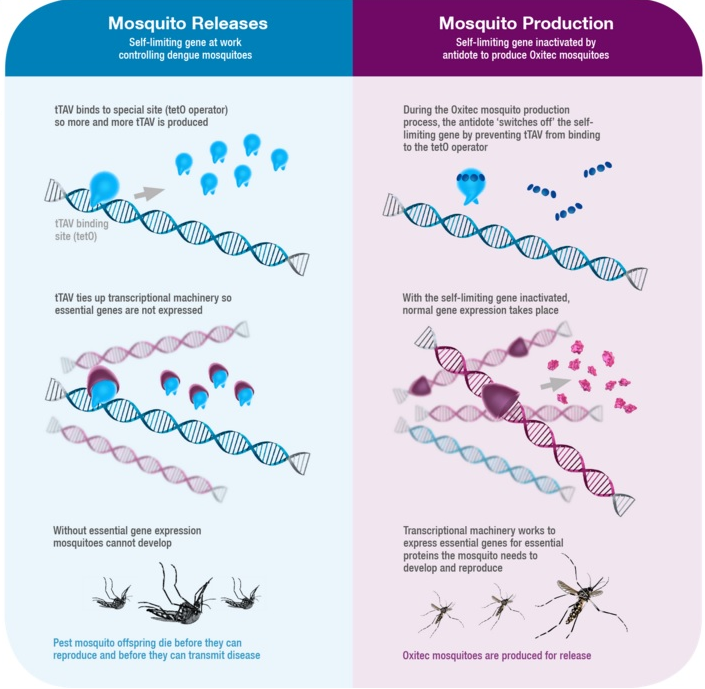 Oxitec reports that the introduction of this engineered strain managed to reduce Aedes aegypti population in 90% in past efficacy trials, which is far superior to results with conventional methods (like pesticides).

The fast geographical spread of Zika virus and its possible connection to infant microcephaly highlighted the need for a strategy to deal with mosquito-transmitted diseases, which can become full-fledged pandemics. Oxitec’s strategy can run parallel to the cures for Zika currently being developed – even if GMO always spark controversy.

Having the US approve its strategy would really speed up Oxitec’s development. This Biotech could be key in the future of pest and disease control.