Moth caterpillars attacking crops are the latest target of the UK company Oxitec, which uses genetic engineering to suppress the populations of crop pests and disease-carrying mosquitoes.

The caterpillars of the soybean looper moth Chrysodeixis includens eat crops such as soybean, tomato and cotton across North and South America, causing problems for farmers. The caterpillars are also becoming resistant to insecticides.

Oxitec has launched a collaboration with an undisclosed partner to develop more effective ways of controlling the soybean looper moth. The company is developing methods for genetically engineering male insects and releasing them into the wild, where they mate with wild females. The engineered males carry genes that kill all female offspring. The male offspring survive, and half of them carry the modified genes to the next generation. 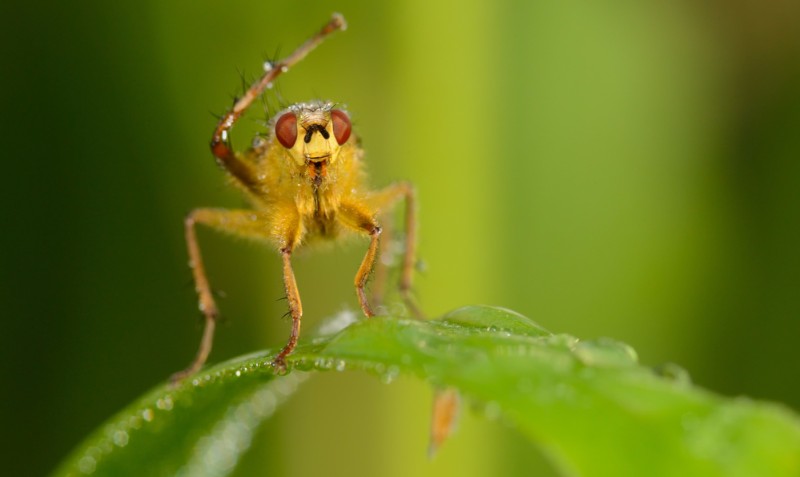 Founded in 2002, Oxitec has already been using this technology to control populations of mosquitoes carrying diseases such as malaria and the Zika virus. The mosquitoes have been field tested and released in Brazil, and the company is applying for a permit to release the mosquitoes in the USA.

One obstacle to widespread adoption of Oxitec’s technology is regulatory and public resistance to the release of genetically modified organisms into the wild, particularly in the EU. That said, the technology has already made an impressive impact in Brazil, a country plagued by the mosquito-borne dengue fever, including reducing the cases of dengue fever by 91% in one area in 2017.

The idea of controlling insect pests using genetic engineering is not a new one. The technology to spread a gene through a population is called a gene drive. This technology has generated controversy because of the potential for it to get out of control and spread genes across a whole species, potentially causing extinction. Oxitec’s technology is designed to avoid this possibility by making the gene disappear after a few generations in the wild.