As heard at JP Morgan 2018, last year was an ok year for biotech. But how does 2018 look? Here are the thoughts of a panel convened to discuss the numbers.

A biotech whirlwind swept through San Francisco last week as the industry descended on Union Square for the JP Morgan Healthcare Conference of 2018. It was hard to keep my head on straight, but I’ve since recovered enough from the lightspeed meetings and heavy liver toll to share some of the goings-on.

For European outlets like ourselves, it was light on news, save for Novo‘s attempted takeover of Ablynx. But at Biotech Showcase, there were a number of panels that shed some light on the state of the industry and what we might see in the year ahead, and the discussion on 2017’s record-breaking venture capital activity around the world was particularly illuminating.

For panelist Johnathan Norris, Managing Director of Sales Origination at Silicon Valley Bank, “what’s super interesting to me is the time to exit: the mean was 3.5 years from investment.” He noted that while mergers and acquisitions (M&A) slowed last year, which meant investment also took a hit, but it’s nothing to be worried about: “the pace is healthy, just a little down,” he said.

Notably, many deals were in the preclinical stages and Phase I; Europe’s most notable target was Munich-based Rigontec, which was snapped up by MSD for €464M last September. Worldwide, Norris remarked, there were a lot of big deals like this one and large rounds led by cross-over investors, which point to a good year for IPOs.

Further, 2017 saw the acceleration of IPOs: “the mean was six to nine months from a Series A or B to IPO,” said Norris. European companies didn’t quite keep pace for the most part, but there were a number of quick IPOs. Theranexus went straight from a €3.6M seed round in 2014 to €20M IPO on Euronext last October. InflaRx and Nightstar raised C and D rounds in 2017 before going for Nasdaq IPOs in less than three months.

So why isn’t this a bubble? Art Pappas, Managing Partner at Pappas Ventures, responded that “the innovation curve has been the best we’ve ever seen, and I don’t see that slacking off.” Indeed, it was a fantastic year for science in biotech: the FDA approved the first CAR-T therapy, and RNA therapy might be on the shelves as soon as this year.

But some of these therapies might seem like solutions in search of problems. “We’re finally making breakthroughs,” said Marian Nakada, VP of Venture Investments and Johnson & Johnson Innovation, “the question is the application.” She cited antisense ribonucleotides, but CRISPR immediately leaped to mind: it has been hailed as the scientific discovery of the century, all the IP has been claimed in an ugly patent war, companies formed with it as its core went public for large sums — all without proof of clinical application. (The first clinical trial is finally underway now.) One investor we know told us the CRISPR companies represented too much of a gamble, so he passed up his chance to invest. 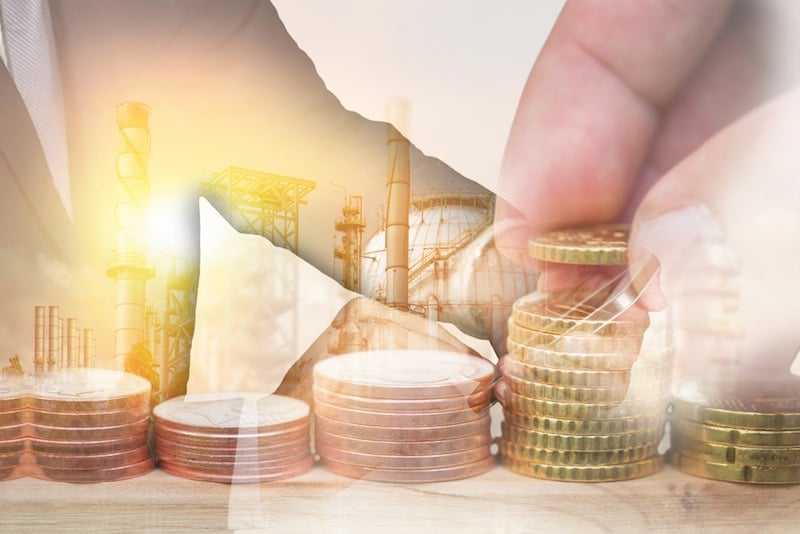 Alex Zisson, Managing Director at HIG Capital, also sees a problem with something less exotic, checkpoint inhibitors, as there are now 765 combination trials underway and over 400 more in the pipeline. For some, this approach looks an awful lot like throwing spaghetti at the wall to see what sticks; others think having a checkpoint inhibitor in the mix decreases the risk of failure and a combination is therefore worth big money. In any case, Zisson says that if there’s a bubble, “isn’t science-side — it’s valuations.”

As from questions about the actual value of the science, these high valuations could pose more challenging ones when it comes to acquisitions. As Norris put it, “what concerns me a little bit is the sheer size of some of these rounds…does the amount of cash preclude these companies from exiting early? At what price are investors looking for M&A? Does the company price itself out?” It hasn’t yet emerged as an issue given this year’s trend towards early deals, but this may is something to watch in the years to come.

According to Pappas, what’s driving these large rounds is “diversifying investors: you need to cross over in order to go public.” He remarked on the “rigor and discipline that pharma has brought to the industry,” noting a lot of the money goes to redoing Phase II trials in order to lock down a pharma deal. But, Norris was quick to point out, the median Series A round came in at $7M (€5.7M). “It’s not like the only things happening are the mega ones, there is a lot of early-stage activity as well.” Here in Europe, that’s above average for a Series A, though some like Vivet pocketed much more.

Last year was a marked upswing from the downturn of 2016, and though this year has gotten off to a rocky start, 2017’s numbers are cause for optimism this new year. Hopefully — as many said last year — this will be the year for M&A. In the meantime, STAT News has some ideas on how to dodge fallout from a valuation blowout.