Synthetic biology is one of the big strengths of UK science, but can the country uphold its vantage point after Brexit, without the support of the EU?

(Disclaimer: At the time of writing, no deal has been made between the UK and the EU following Brexit. This intrepid writer is an Irish citizen who made use of his European citizenship to do a PhD in Finland, attend workshops and conferences all over the continent, and then planted himself in the middle of England in 2015 – just in time for Brexit. With that obvious bias out in the open, let us move on.)

The UK-EU relationship has always echoed Ross and Rachel from the hit TV show Friends. The will-they-or-won’t-they uncertainty since the creation of the EU culminated in a bitter national debate in 2016 in which 51.9% of voters opted to leave the European Union. As the UK-EU relationship enters the “we are on a break” phase, what does this mean for synthetic biology in the UK – a field that heavily relies on R&D grant funding, international collaboration, and the mobility of scientific talent all over the world?

So no one told you life was gonna be this way

At the SynbiTECH conference last month, an entire session on accelerating the UK bioeconomy passed without mention of the B-word. That is, until questions were allowed. First up, yours truly with the zinger: What does Brexit mean for UK synthetic biology companies?

The immediate response: We don’t know yet.

The fact is, without knowing if a deal or no-deal scenario is happening, nobody knows how Brexit will turn out. Based on the lack of a deal at this late stage, the science community in the UK is more than a little worried. Venki Ramakrishnan, Nobel laureate and president of the Royal Society, urged Boris Johnson to commit to the Horizon Europe program. In his letter to the British Prime Minister, he cited that being left out of the Horizon program would disrupt British science and that remaining was vital to retaining scientific talent in the UK and continue to influence science on the global stage. 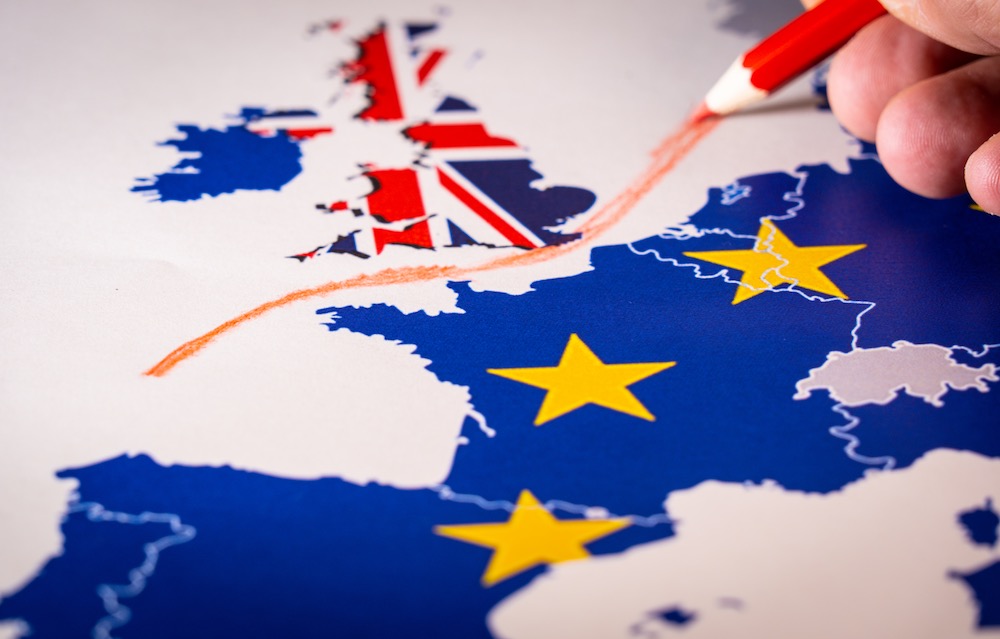 Ian Taylor, a former Science Minister in the UK and now Chairman of the UK Innovation Science Seed Fund, which specializes in supporting risky early-stage companies and technology in the synthetic and engineering biology space, lamented what his former political party had done with Brexit and what Brexit could do to the field.

“Whatever happens, there’ll be a hiatus. Even if we manage to get somewhere with Horizon Europe, uncertainty is very destabilizing, which has shown itself in the significant decline in UK applications to Horizon 2020,” Taylor told me, highlighting that government funding to fill the gap will not be a smooth transition.

“Research is long term and the government’s thinking is not long term, which will lead to this hiatus,” Taylor explained.

The UK BioIndustry Association has hosted informative webinars to prepare British companies for the oncoming confusion in doing business post-Brexit. But the challenges in synthetic biology are less about accessing the market and more about attracting talent, unlocking funding, and forging collaborations.

The UK has an amazing infrastructure when it comes to scientific research. This has attracted scientific talent from all over Europe and enabled partnerships with many other countries.

“The impact of collaborative work in Horizon 2020 and potentially in Horizon Europe has been a magnet for international scientists seeking to collaborate with us. It has been a sort of balancing factor with the huge power of US research,” said Taylor.

Recruitment is certainly a concern among academics and industry professionals alike. What was once a relatively simple process due to freedom of movement now looks set to become mired in a points-based visa system.

“Our biggest concern with Brexit is the accessibility to talent. We’ve grown substantially, we’ve grown very quickly, and we’ve been able to recruit some fabulous people. A substantial portion of the company is from the European Union and beyond,” explained Tim Brears, the CEO of Cambridge-based DNA synthesis company Evonetix.

“I think one of the obvious positives about being in the European Union is not just the ability to hire talent from within that broad geographical area but to bring them on board straight away. No points system, no expensive visa processes, no trying to work out how the visa process works, because it is extremely complex to navigate and results in an inevitable delay in bringing people on board.” 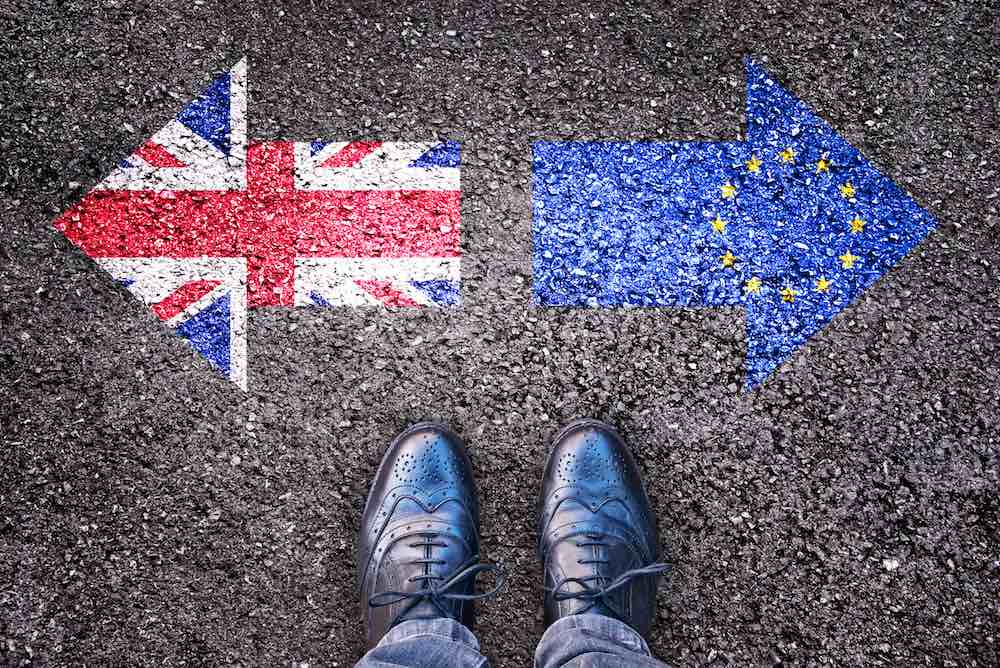 Another difficult area to navigate will be grant funding. No deal has yet been reached regarding access to the Horizon Europe program, spelling bad news for academic funding. In the case of companies, the effects of Brexit will depend on how organizations like the European Investment Bank (EIB), European Investment Fund (EIF), and European Innovation Council (EIC) will respond, according to Melya Hughes Crameri of the consultancy firm Ventac Partners.

“The EIB, through the EIF, invests into many European life science venture funds. Their focus is primarily on the EU, although they will invest in the European Economic Area as well. EIF-backed funds have to state how much of those funds are allocated to the different EU countries,” explained Crameri.

“A VC may be limited in how much they can invest in any particular country if they are backed by the EIF. As a result of Brexit, investment into the UK from EIF-backed European venture funds will undoubtedly be impacted.”

This is a major concern for companies that do business in both the UK and EU. Some companies have set up bases of operations in both in order to access funding and infrastructure in an attempt to secure what they had before Brexit.

For its part, the EIC has already ceased to back UK companies with equity funding, though access could be reinstated if the UK reaches an agreement with the EU, like Israel, Norway and Switzerland have done. Whether this two-state solution is viable remains to be seen.

I’ll be there for EU

Despite the uncertainty, the future of science in Europe and the UK has some silver linings. With the EU Green Deal, the EU aims to be climate neutral by 2050, a policy shared by the current UK administration. But its success will depend on enormous investment in synthetic biology technologies.

According to Crameri, the amount of investment in UK life science startups is currently too small and doesn’t match the experience of the entrepreneurs. This will have to change if the UK is to retain and grow its startup ecosystem and compete with the US during the joint crises of Brexit and Covid.

“If you compare [the UK] to the US, the investment from VCs and government sources, into healthcare in particular, has been higher than ever during these Covid times. The system needs to be more agile and flexible to support investment into UK SMEs,” says Crameri.

This is a criticism that has been leveled against both the UK and EU; both will need to do better to encourage VC investment to compete with the US post-Brexit. UK science will have to become more global and outward-facing in the wake of turning away from the EU (and yes, we’re all aware of that irony).

“Science itself is global and we’ve seen the importance for early-stage synthetic biology companies to develop licensing arrangements or partnerships for development with companies outside the UK, in the US and Japan. So I don’t think you can be totally nationalistic about the future,” says Taylor.

It is not all doom and gloom for UK science. A weaker currency is attractive to some international investors and UK companies have gained interest from Asia in recent years. But another factor is at play: Covid-19.

“I would certainly not discount the UK. The UK is resilient and will adapt to the changing environment post-Brexit and the UK should take this opportunity to define pragmatic ways to support young companies, taking inspiration from what has been successful elsewhere, but we have, on top of Brexit, Covid. And I think Covid is a much bigger problem at the moment,” said Crameri.

With Oxford and Imperial College leading the UK charge on Covid-19 vaccine development, it is clear that the power of UK science is one that will not diminish quickly. But the need for cooperation and collaboration is stark. The UK and EU may be going on a break, but it’s not one that can truly last.