With the coronavirus pandemic forcing scientific research labs to close around the globe, it seems almost inevitable that the ongoing crisis will accelerate the growing demand for remote drug development. A number of European companies see this as an opportunity to introduce computer-aided biology and robot-driven labs.

In recent years, the pharmaceutical industry has been increasingly struggling with the rising costs of developing new drugs due to factors ranging from the complexity of diseases like cancer to stringent regulatory hurdles. Now, in a bid to boost the productivity of R&D pipelines and reduce costs, new technologies are promising to automate traditionally laborious and time-consuming tasks in the drug development process.

In the same way that Amazon Web Services changed the software industry by allowing businesses to outsource their entire IT infrastructure, several European biotechs are developing technology that allows labs to automatically conduct and analyze biological experiments in remote robotic labs.

A survey conducted in April suggested that 48% of scientific research labs across the globe had been forced to close temporarily due to the ongoing coronavirus pandemic. Hence, the crisis could accelerate the uptake of automation technology in research labs.

“There has already been a shift towards computer-aided biology for the last 18 months,” explained Peter Crane, corporate strategy manager at Synthace, one of the biotechs developing such technology.

“Covid-19 has acted as an accelerant. Synthace has seen an increasing interest in our approach, and we expect this will continue to grow more rapidly post Covid-19. There has been a huge amount of disruption caused by Covid-19, and we believe that once this has eased, people will seriously begin to re-evaluate how they are conducting their science, and there will be a market bump regarding the adoption of new technologies within pharma and academia.”

Learning lessons from other industries

Over the past two decades, industries such as the semiconductor and automotive sectors have increasingly embraced next-generation automation technologies as a means of reducing costs while simultaneously increasing product complexity.

Crane pointed out that in this regard, the biotechnology industry as a whole currently lags behind. While automation is used to a certain extent, it is mainly at the two extreme ends of the drug development process, both in repeatedly screening thousands of compounds against a drug target and in manufacturing the finished product.

“[There] is this huge middle bit where experiments are still done at the bench,” he said. “But we’re seeing interest from people looking at how they can use technology to get more done with fewer people in the lab.”

This is mainly because designing and carrying out such experiments is a highly dynamic process, one which has previously been beyond the realm of machines. However, recent advances in machine learning and robotic systems offer new possibilities.

Synthace’s cloud software platform — which is already being used by companies in Europe and the US, including Merck and Microsoft — enables scientists to design experimental protocols from their laptops via a graphical user interface. These are then converted into instructions that a robot can understand, and transmitted to a remote lab.

While a technician is still required to set up the robot with the reagents and labware specified in the experimental design, the vast majority of the process is done virtually. Once the experiment is completed, the data is automatically collated, structured, and returned to the user.

Likewise, UK-based biotech Arctoris has also designed a platform that enables scientists to simulate and then run a range of experiments in a remote robotic lab. In the eyes of Arctoris co-founder and CEO, Martin-Immanuel Bittner, the flexibility offered by this kind of technology will make it far easier for budding entrepreneurs to bring new concepts to the market.

“It enables any researcher worldwide to start a biotech company with a laptop and a credit card,” said Bittner. “You don’t need a lab anymore, you don’t have to worry about equipment purchases and maintenance. So instead of restricting drug discovery research to a few centers that can afford all the specialist equipment, we enable the brightest minds to contribute to the enormous challenges that we are facing in chronic illnesses such as cancer, heart disease, and neurodegeneration.”

As well as saving time and cost, the other main advantage of automating experiments comes from reducing human error, and so consistently generating reliable data. With regulatory and due diligence standards in drug development becoming ever more stringent, generating high quality and fully auditable data has never been more important.

Bittner said that there is already evidence to suggest that automating experiments and data collation processes can make it easier for companies to attract early-stage venture capital funding.

“Several of our clients have told us that the VCs they spoke with for their next funding round put a lot of emphasis on whether the data they showed to back up their hypotheses was trustworthy or not,” he explained. In this context, automated data collection allows a full audit of every step taken.

“In a regulated environment such as biopharma, it is absolutely critical to be able to demonstrate to regulators what happened when. We enable that down to the minute an experiment was conducted.”

Eliminating human error could help tackle one of the root causes of the declining productivity in drug discovery in recent decades, which is a lack of reproducibility. “Only 10 to 20% of all published laboratory findings can be reproduced by independent third parties, wasting billions in R&D funding,” said Bittner. “This has a devastating effect.” Automation could get around this issue by ensuring that experiments are conducted in exactly the same way no matter how long apart.

The future of genome engineering and cell therapy

Two sectors where automation could have the biggest impact in the decade to come are the growing cell and gene therapy industries. While both have been heralded as a means to cure many of the world’s rare diseases, the sheer cost of such therapies has so far been prohibitive. To give just one example, a gene therapy for spinal muscular atrophy developed by Novartis is currently sold at $2.1 million in the US.

Automating the mechanics of treatments based on genetic engineering techniques such as CRISPR gene editing could make it possible for companies to scale up the production of such therapies on demand, which could dramatically reduce the cost.

Synthego, a company working on automating genome engineering, has declared its intention to ultimately make cell and gene therapies as accessible as vaccines.

“Our primary goal with Synthego is to break through the barriers to entry for world-class quality life science research,” said Paul Dabrowski, CEO of Synthego. “Our platform minimizes the variables and risks in biological research by automating workflows, controlling quality, scaling for massive experiments, and reducing cost structures.” 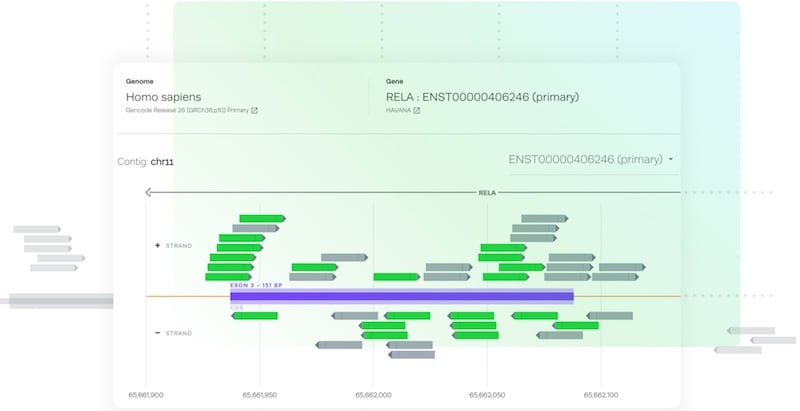 Synthego has built a suite of genome editing products that allow any scientist to outsource their CRISPR needs and use these molecular tools without needing to be an expert in the area themselves, thus opening up the field to a much broader range of researchers. For example, one of their packages enables researchers to get a gene knockout in one of several hundred cell lines.

In the coming years, the company intends to offer more complex modifications, enabling both academia and industry to access CRISPR gene editing while continuing to focus on their specific area of expertise.

“It’s empowering cell biologists with the tools of molecular biology without having to learn all those details,” said Dabrowski. “This is following the model of cloud technology, where companies rent out remote server farms to handle their computing needs instead of relying on their own hardware. We’ll be able to do their full research workflow.”

All in all, there seems to be no doubt that the Covid-19 pandemic will change the face of drug discovery and development. As researchers around the globe are faced with remote work, automation technology for biology laboratories seem to have reached their time to shine and change the way drug development is done.

Cover illustration by Anastasiia Slynko, images via Shutterstock and Synthego