Take note, Spain is becoming a new hotspot for biotech in Europe. More than €400M of venture capital, counting recent fundraising and anticipated closings, is forecasted to be available this year to fund the creation and growth of start-ups in the life sciences sector.

Behind the growing interest among investors are novel opportunities with breakthrough potential for therapeutics, both small molecules and biologicals, as well as vaccines and medical devices that are emerging from top research groups at Spanish institutions, many of them being key players in dynamic European and international research consortia.

The October 2016 closing of Ysios Biofund II Innvierte at €126M by Ysios Capital, the leading Spanish life science VC firm, was a significant addition to funds recently raised by Caixa Capital Risc, the venture capital arm of “la Caixa”, Spain’s 3rd largest bank, which counts with money pots like Caixa Innvierte BioMed II and Caixa Innvierte Start. Besides these are Healthequity, a VC firm linked to Catalonia’s Collegium of Physicians, and the financial group Riva & García, which was behind recent successful VC operations in Spain.

Very recently, the investment landscape has been invigorated by the emergence of Alta Life Sciences, based in Barcelona, a new VC firm linked to Alta Partners in San Francisco, with a short-term fundraising objective of €200M. Where is money invested? Basically, in syndicated series A and B rounds for early stage opportunities coming from different areas but mainly startups and spinoffs from pharma companies. Opportunities come from all over Spain, with the Catalonian cluster lately leading the generation of new opportunities.

The vibrant Barcelona cluster boasts more than 15 years’ tradition in drug discovery and preclinical research. For more than 10 years, BioCat, the biotech catalyst for Catalonia, organizes events at all levels connecting the region with the world’s top biotech spots. The latest evidence was BIO Europe Spring’s arrival in Barcelona last month!

The Madrid cluster is home to central institutions that are very well connected thanks to public policies that have favored the institution of networks by therapeutic area and scientific excellence. ASEBIO, the national association of biotechnological companies, organizes every two years the BioSpain congress, which has reached its 8th edition in 2016. Besides Barcelona and Madrid, other areas are worth highlighting, like the Basque region, Navarra, Andalucia, Galicia and Valencia, as well as scattered institutions across the country.

Top-level research has so far generated four series A opportunities in the last two years, together with a few operations in early stage research. Names like Mynorix, Palobiofarma, Orizon Genomics, Sanifit, and Aelix are a sign of great opportunities in different therapeutic areas that have attracted major pharma companies like Roche and Novartis, as well as top-tier venture capital investors and the venture arms of Johnson & Johnson, Chiesi, and Baxter.

Among the recent operations in therapeutics, Mosaic Biologicals has been a great opportunity for Versant Ventures and Canadian Northern Biologicals. Mosaic and Northern merged late last year to propel Mosaic’s humanized antibody into clinical trials for oncology this year. The potential in translational medicine could be much higher and has raised the attention of a few European VCs as well as drug discovery companies.

Despite the scarcity of resources, the Spanish science and biotech community has efficiently organized the infrastructure of very early stage research in its different aspects, making the country an attractive place to operate. Thanks are also due to an open environment, services providers, and, not least, great weather! The cost for the development of early-stage assets is much lower compared to North America and other parts of Europe as multiples for new deals are also very reasonable.

Technology transfer offices are becoming more efficient in scouting internal research and its transfer to third parties for further development. Banks have become more active with different programs to foster translational medicine, develop scientific projects, and highlight their value with initiatives like CaixaImpulse and the different programs of the Botin Foundation.

Last but not least, seed funds, accelerators, and drug discovery engines are making their way to contribute to the efficiency of the system. They all contribute with initial sums up to €500K per project to accelerate promising opportunities, easing the dependence on public grants that in many cases are only partial and mostly insufficient sources of financing.

Players in this field include Spherium Biomed, a biotech accelerator linked to Ferrer and driven by a very experienced team, which derisks biomedical innovations; Columbus Venture Partners, recently set up to foster pre-seed and seed stage operations with capital from a recently closed 50M€ fund; Inveready, a prolific, generalist investor of venture capital combined with non-dilutive financing, and Inorgen, which is actively working to set up the first drug discovery engine in Southern Europe, combining a seed fund with industry-leading drug discovery capabilities. Other players include Innopharma, which comes with a drug discovery platform dedicated to academic projects, and Capital Cell, which offers an equity crowdfunding platform for early initiatives in life sciences.

This dynamic environment is also fueled by the efficacy of public fund and the Ministry of Economy, Industry, and Competitivity through the Centre for the Development of Technological Innovation (CDTI). Funds like INNVIERTE, managed by CDTI and Fond-ICO, together with private investments and the support of the European Investment Fund, have been an important resource for Spanish ventures that come with an injection of professionalism that has contributed to the dynamism of the sector.

Given this scenario, we will likely see more operations in the near future with Spain bridging the gap with other Northern European countries with more mature biotech communities. 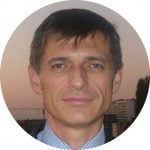 Edoardo Negroni is the CEO of Inorgen, a drug discovery engine. He took on various management positions in the pharmaceutical industry over Europe and has worked as well in clinical research and consulting.

Author’s note: This article reports a global picture around early stage opportunities in Spain, without the intention to be exhaustive. Comments and additional contributions are welcome to provide a more complete scenario. With thanks to Dr. José Luis Cabero for his views and suggestions.