While there are now more cell therapies on offer than ever before, there are obstacles still preventing them from becoming widely used.

Some forms of cell therapy have been around since the 1950s, such as hematopoietic stem cell transplantation to treat certain types of cancer. While the potential of other types of cell therapy has been known for a while, it has only been in recent years that the field has really started to expand.

The launch in 2017 of the first CAR T-cell therapies to treat blood cancers was a critical milestone in the cell therapy field. In 2019, global investment in cell therapy amounted to over €8.6B. Now, the question on everyone’s minds is ‘is cell therapy about to hit the big time?’

Before this can happen there are some teething problems that need to be ironed out. Cells are biological material and notoriously difficult to grow and transport. Setting up a reliable, consistent, and scalable manufacturing system is key to producing cell therapies on a wider scale. If this problem can be cracked, then the issue of excessively high pricing, currently preventing mass rollout, might also be at least partly solved. Another problem to tackle is ensuring these therapies are safe for patients and adequately regulated, as well as ensuring health care professionals know how to use them.

Research and development in the cell therapy sector are undeniably booming. But growing, sourcing and transporting cells and other components for these therapies can be tricky. There is a definite manufacturing bottleneck for researchers and biotech companies trying to produce cell therapies.

This has created an opening for a number of innovative companies to bridge this gap. For example, French biotech TreeFrog Therapeutics has created an alginate encapsulation system to culture and transport stem cells in the optimum environment for their growth.

“In some ways, we are a new generation of cell therapy companies,” Kevin Alessandri, CEO at TreeFrog, told me. “We aren’t directly in cell therapy. We are providing technical platforms so that they can then be implemented. It seems that for now, there are no main players that can do everything. There are very many players working together to bring solutions to the patients. That’s our feeling.” 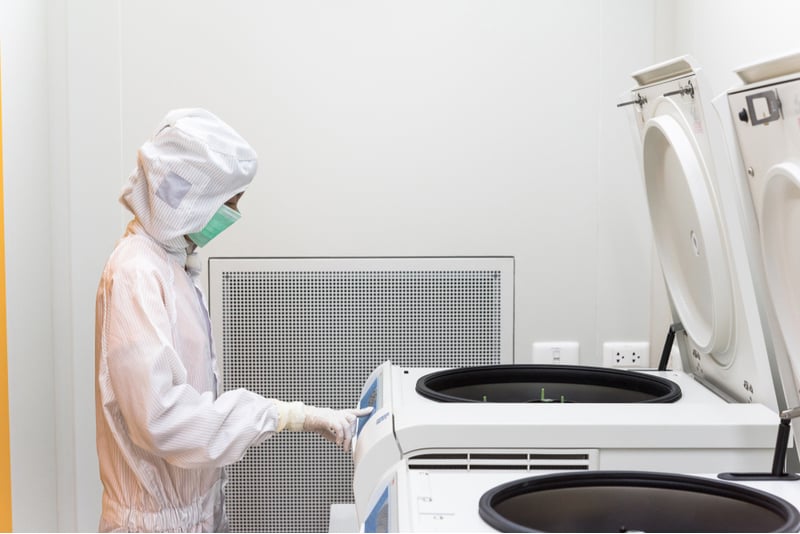 British companies such as Cytera Cellworks and Oxford Genetics are also tackling manufacturing issues such as automating and scaling up cell production.

Alan O’Connell, Partner at Irish investment firm Seroba Life Sciences, said manufacturing is something he and his colleagues look at when deciding to invest in a company or not. “If there is a lack of understanding of the complexity involved, I think that clearly would be a red flag for us looking at any company in the space,” he explained.

“Some of the companies have a significant naivety in terms of the complexity, so they focus very much on getting that initial clinical trial started and spend very little time thinking about how scalable it is and what the inputs are, and whether the process been streamlined from a more efficient perspective or not.”

Darrin Disley, CEO of cell therapy company Mogrify in the UK, believes that while there are still some issues to be solved with the production of cell therapies, the situation is much better than it once was.

The complex manufacturing process that these biological treatments require means that their price is currently at a premium.

“In terms of the first-generation technologies, there probably is a tolerance for higher pricing for a period. Particularly for rare diseases with a very small subset of patients,” O’Connell commented. However, he believes these prices will just not be sustainable in the long term as patient populations go up. 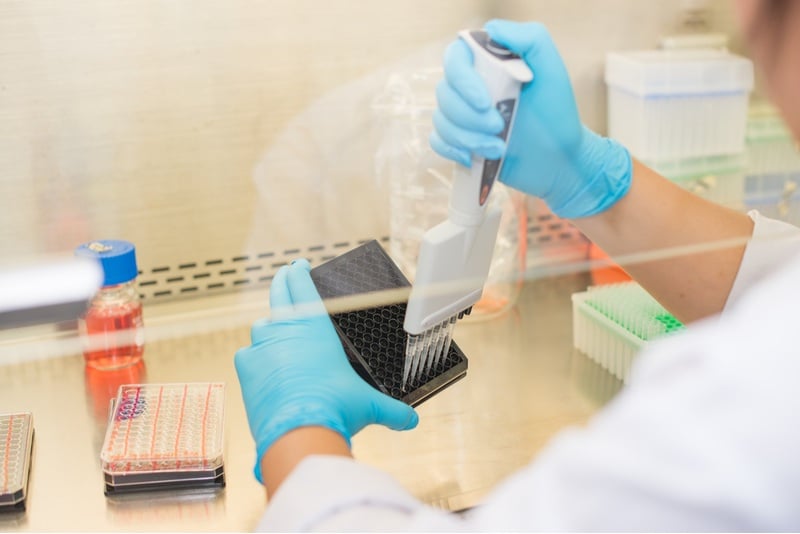 Finding novel methods of reimbursement is also key to address excessive pricing, according to Jacqueline Barry, Chief Clinical Officer at the Cell and Gene Therapy Catapult in the UK, a government-funded organization that helps bridge the gap between science and industry in this area.

Barry was involved in setting up the three Advanced Therapy Treatment Centres now running in the UK with the aim of getting cell and gene therapies to patients around the country in the fastest and most cost-effective way possible. She explained that a number of different payment schemes are being considered to roll out these therapies across the UK, including one that involves spreading the payment out over time to better share the risk of the therapies failing.

“Say there was a five-year follow up each year. There would be a risk-sharing mechanism where the first year, the developers would get 20%. Then, if the patient was still alive the following year, they’d get the following 20% and so on. The NHS isn’t paying for something upfront when it doesn’t know whether it’s effective yet, but the manufacturer does have a way of getting a full reimbursement.”

A key concern about cell therapies is ensuring they are safe and effective. How best to regulate these novel therapies while getting them to market as quickly as possible, has been challenging for official bodies such as the EMA and the FDA.

“I think now people are getting their heads around it and they’re seeing a more streamlined pathway. With cell therapy … it’s not like we have to show every mechanism of action, but you have to show the efficacy and the safety,” commented Disley.

“It’s a bit more challenging with a [genetically] edited cell. There you are potentially producing off-target effects. There was definitely a concern there about whether there would be unintended consequences, but in a lot of cell therapies in regenerative medicine, you aren’t necessarily editing the genetic code.”

Due to the early stage of a lot of cell therapies, the main focus of the regulators is currently on ensuring patient safety. Particularly in light of some of the extreme side effects and patient deaths seen with therapies such as CAR-T cells in the early stages of their development. 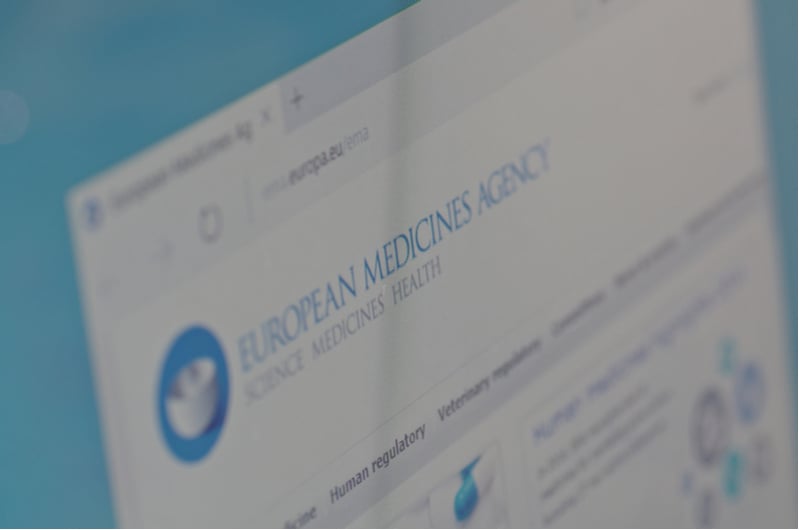 The regulators are also assessing how to regulate and standardize different sections of the development process, such as manufacturing, as well as the supply chain. “I think they are responding, but probably conservatively and focusing on safety and efficacy first,” noted O’Connell.

He believes the next step for the authorities will be the standardization of the regulations around manufacturing, quality control, supply chain, and input material. “I think that’s one of the big issues – ensuring that you have a consistency of the quality of the material,” he emphasized.

The US is currently in the lead when it comes to keeping up with the research and being open to changing their processes, according to O’Connell. “Certainly, the EMA is responding, but from my perspective, the FDA is taking the lead, at least currently.”

With only a few therapies actually approved and on the market, cell therapies are still largely at the research and development phase, but this is starting to change. With investment growing every year, as well as the number of clinical trials testing cell therapies, interest in the cell therapy field is only going to keep growing in coming years.

“We feel like there’s something going on in cell therapy,” emphasized Alessandri. “We have interest from everywhere in the field – industrial, pharmaceutical companies, biotech.”

Disley believes now is the time to get into cell therapy, which is why he decided to join Mogrify earlier this year. “Just looking at my experience so far, it’s just been off the charts. We’ve not approached anyone. People are just showering us with opportunities.”

In terms of accessibility, the UK seems to be out in front in Europe, with innovative industry-government partnerships such as the Cell and Gene Therapy Catapult pioneering the steps needed to roll out such complex therapies on a country-wide scale.

“The UK Government listened to what we and others were saying and, as part of the Industrial Strategy Challenge Fund, made £30M available. It made money available for the National Health Service because it understood that investment is needed for these products to be able to be supplied in an efficient way,” explained Barry.

While there is still some progress needed for cell therapies to become mainstream, it seems to be a good year for companies working and investing in the area. This certainly appears to be the start of cell therapy’s move to the big time.

Cover illustration by Elena Resko, images via Shutterstock. This article was originally published in May 2019 and has since been updated.