Kasim Kutay has ridden the biotech investment wave. First, he helped build Morgan Stanley’s European healthcare group, then did the same at Moelis & Co and now he heads Novo Holdings, the majority shareholder of Danish household biotech names NovoZymes and Novo Nordisk. I asked him about the company’s healthcare investment strategy and his CEO experience.

Kasim Kutay started life as an investment banker at Morgan Stanley in 1989. Five years later, he joined its healthcare group, when it was just two people — him and Robert Bradway, who is now the CEO of Amgen.

But unlike Bradway, Kutay is not a scientist by education. “I wish I was,” he told me over the phone. “You’ll never be as good as the scientists in certain areas, but you’ll certainly develop a reasonable amount of expertise when you work with  healthcare companies for 25 years-plus.”

Though biotech CEOs increasingly seem to have PhDs in their field, Kutay has significant business experience. After graduating from LSE with an MSc in 1987, he spent 18 years at Morgan Stanley, eventually rising to become Managing Director and Chairman of the European Healthcare Group. Prior to joining Novo Holdings, Kutay was a Partner and member of the Management Committee of Moelis & Co.

Kutay became CEO of Novo Holdings in 2016: he now manages its assets worth over €50B and sits on the boards of NovoZymes and Novo Nordisk. I caught up with him to see what pearls of wisdom he had for other CEOs and what the investment strategy is for one of Europe’s healthcare giants.

So in biotech, we’ve all heard of Novo Nordisk and NovoZymes, but what is Novo Holdings exactly?

Novo Holdings is more than just biotech and venture investments since it is the controlling shareholder in Novo Nordisk and in NovoZymes; we refer to that as the Holdings side of the business. And then we have the investment side of the business, which is life sciences-focused with three distinct teams including Novo Seeds, Novo Ventures and Principal Investments.

The latter is focused on larger revenue-generating or well-established companies like ConvaTec Plc, a UK-listed medical device company of where we acquired 19% earlier this year for $1.5B. Our investment strategy has generated good returns for our shareholder, the Novo Nordisk Foundation — our 5-year IRR for Life Science Investments stands at 21%. Another investment we made this year in Principal Investments is the 10% we acquired in Germany-based Evotec, which, fortunately for us, has risen threefold since our investment.

As far as skillsets go, absolutely, understanding the basics of science and the healthcare lexicon is critical; but what is also critical is a business skill set that allows you to manage, on a day-to-day basis, large holding and investment companies and meaningfully contribute to the boards of very sizable enterprises.

It’s that skillset, frankly, which certainly in the position of CEO, I would regard as important as life science knowledge. 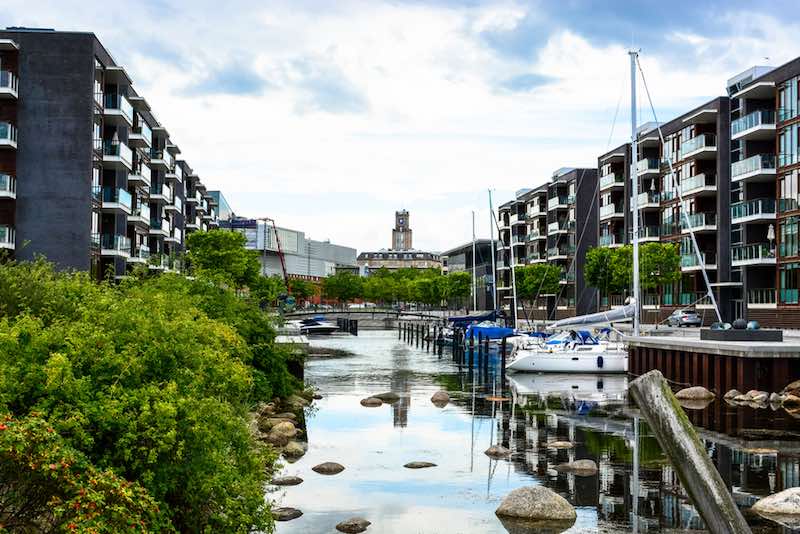 Could you be more specific about which business skills are important?

I could go on and on, but in sum, there are leadership, operational, managerial and strategic elements — it’s really a multi-faceted skill set.

What is also important is adaptability or an international mindset, that allows you to work outside of an Anglo-Saxon framework and environment. Each market has its own very specific approach, and here in Denmark, there’s a particular ethos, a particular style, and a particular thinking behind business.  It helps significantly if one has had the opportunity to have been exposed to a particular country’s business ethos. In my case, I have been fortunate to have worked with many Danish companies including Novo Holdings.

Another important skill set for any CEO, of any business, is what I would call the operational skill set: how a company functions, how you recruit, how you grow, how you develop your people, how you promote them, how you compensate them, the decision-making processes, the leadership decisions you make…there’s a lot of operational stuff.

Critically important as well is, of course, strategy. An effective CEO has not just a mission but a very clear and inspiring strategy for where a company is going.

What’s your strategy then?

Our strategy is very clear. We want to build on and enhance our position as a leading international life science investor. That means allocating an even greater proportion of our investments toward life sciences. It also means moving into white space that we think we can capitalize on, such as a more systematic approach to growth equity. Another example would be our desire to establish a US presence for our Principal Investments team. We have an important US presence in Novo Ventures, with offices in Boston and San Francisco and we now need to replicate that for Principal Investments.

Of course investing in Europe and the US are not mutually exclusive… So, we’re not taking anything away from Europe to invest in the US. But if you aspire to be a leading life science investor, you need to be investing in the US because that’s where a large part of the deal flow is. We’re already investing in the US in Principal Investments, and in fact, one of the biggest deals the group has done, the acquisition of the healthcare IT company ERT, was in the US.

But as we grow that presence, there’s a limit to how much and how well we can effectively manage out of Copenhagen. You need to go beyond the virtual presence to manage the portfolio by having a presence on the ground, and we hope that we will be able to see more deal flow and capitalize on it a lot quicker.

The venture team continues to demonstrate and deliver very good returns, and with the increasing amount of money — between $1.5B and $2B annually across all our life science teams– that we have to invest, we have to think creatively when it comes to venture about how we can deploy capital beyond just classic biotech ventures – because there’s a limit, right? If you’re already investing $350M a year, that’s  a lot. But there’s not always necessarily enough quality deal flow, so one of the things we’ve been doing is broadening our horizons, and going into areas like digital health for the first time and getting more active in defined exit investments. I’d like to go back to the international mindset you mentioned… doing business in Denmark might seem challenging to foreigners not just from the usual intercultural perspective but also because of the strong presence of foundations. What are your thoughts on this structure?

One of the unique features in Denmark is that many of the major corporates have a foundation as an important or majority shareholder. In some cases, there’s a family alongside the foundation, or family members are active in a foundation, though in the cases of Novo Holdings and Lundbeckfonden, there are no families. Even beyond pharma — Lego and Carlsberg, for instance — there’s a foundation.

You can say it’s old-school, but it’s interesting – actually, we’re beginning to see other countries slowly adopt the foundation structure, rather than leaving all the inheritance to a family in which case it can be divided and subdivided.

I think having a foundation ownership with a public listing creates a fantastic positive tension, particularly in healthcare. When you have a foundation, you can take long-term decisions and there’s a great arbitrage for creating value by thinking long-term when the rest of the world is thinking short-term.

But, of course, being publicly-listed and having a share price — and having an element of management compensation tied to that share price — also means that you have to consider the short- and medium-term. So, I think publically listed foundation-backed companies actually create a very interesting dynamic that is arguably healthier than being either wholly foundation-controlled or wholly publicly-held.

Major thanks to Kasim for making the time to speak with me! What questions would you have asked him?