An eco-friendly antifungal treatment developed by the French biotech Amoéba has reduced rust infections in legumes by 85% in a recent field trial.

Rust is a plant disease caused by fungi that is very hard to treat. Although chemical fungicides can be used against it, these are often expensive and harmful to other organisms, including humans. Biocontrol treatments, which consist of living organisms, could solve this problem as they only affect the target pathogen.

Amoéba is developing a treatment based on a specific strain of an amoeba called Willaertia magna. In a recent trial, the company mashed up the amoeba and applied it to legume crops. The treatment reduced rust infections by the fungus Uromyces fabae by an impressive 85%.

“There is no biocontrol agent that works on this pathogen,” Fabrice Plasson, the CEO of Amoéba, told me. “It is exceptional because that is the first biocontrol product, and 85% is the same level of activity as chemicals traditionally used in this field.”

According to Plasson, the mashed up amoeba blocks the germination of the rust spores, though it’s hard to pinpoint which specific molecule in the amoeba is having this effect. 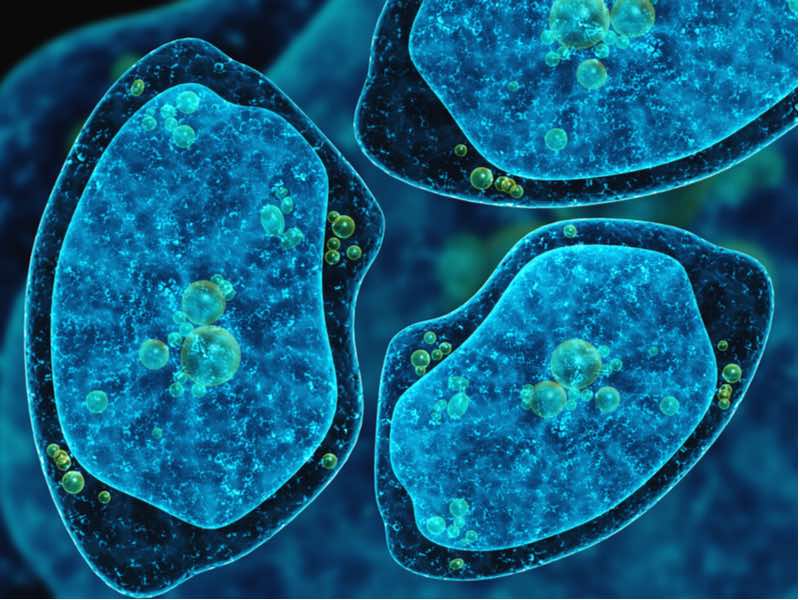 With this promising outcome, Amoéba now aims to find partners to develop this new biocontrol treatment together. If all goes according to plan, the company expects to have a product in the market in four years’ time. This type of treatment could particularly tap into the fast-growing organic products market, which forgoes the use of chemical treatments on food produce.

Amoéba’s treatment is also being developed as an environmentally friendly alternative to chemical treatments for removing dangerous microbes from water systems. In this application, the live amoeba devours the harmful microbes, including microbes hidden in biofilms, a barrier that chemical treatments can’t attack. Unfortunately, this program suffered a setback last year when it failed to gain EU approval due to concerns with the safety of the treatment.

However, the company is continuing fighting to change the water treatment market over time. Microorganism products are becoming well known in other industries such as agribusiness, with companies such as Bayer and the French biotech Kapsera developing bacterial treatments for crops.