Researchers have made 3D placenta organoids from human cells that can last for over a year, improving over the current models to study disease in pregnancy and develop drugs.

Researchers at the University of Cambridge grew the organoids from stem cells extracted from donated placenta tissue at 6-9 weeks of pregnancy. The organoids replicated the 3D structure of the placenta and were able to still function one year later. The scientists even checked they were producing the right hormones with an over-the-counter pregnancy test that deemed the organoids ‘pregnant’.

The study, published in Nature, ran parallel to another group in Austria, whose own paper was published just after the Cambridge group had sent off its research for publication.

“What it adds, in general, is the confirmation that we can have these self-organizing and self-renewing stem and progenitor cells in this system,” Martin Knöfler, a researcher at the Medical University of Vienna, told me.

The Nature authors declined to comment directly, but claim in the paper that their research is the first to demonstrate organoids lasting for over a year in culture. 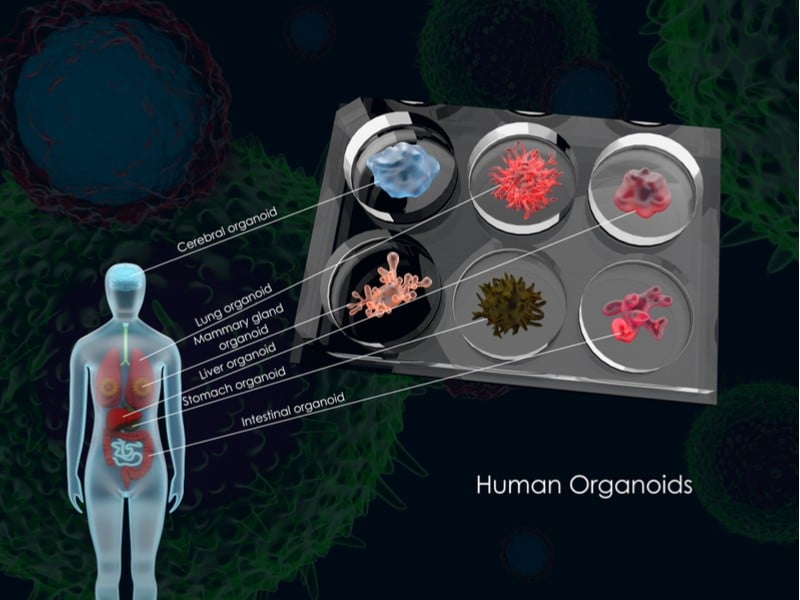 The development of organoids has the potential to be useful for companies testing new treatments without exposing patients to experimental drugs. “The availability of cells for research is not a trivial hurdle, and an organoid system allows for a reliable supply of relevant cells under controlled conditions,” said John Stingl, Associate Director at the Canadian company StemCell Technologies, which works with organoids. Stingl did not take part in the study.

There is a lot of work required for placenta organoids to become fully useful in industry. Stingl told me that although they closely resemble early-stage placentas in pregnancy, they are not as good at modeling late pregnancy. “Further proof of concept studies will need to follow to characterize the strengths and limitations of the system,” he said.

Other projects are also hoping to provide model systems of the placenta. The Dutch company Mimetas is involved in an EU collaboration with the aim of developing organ-on-a-chip versions of placental tissue, for the use in diagnosis and disease models.