Britain has been making a concerted effort to grow its biotech sector, especially after Brexit. What’s the plan and what can UK biotech do?

The last time I walked the the echoey corridors of the Palace of Westminster (UK parliament), I was a wee twelve-year old, on a mission to push forward legislation to prevent the newly privatised water companies pouring raw sewage into Cornish water. Not an unreasonable demand I thought at the time, but still one that went ignored until the EU came to the rescue a few years later.

Earlier this month I was back, this time by request. To my surprise I was invited to comment on the the Government’s Life Science Industrial Strategy. There were representatives from Schroders that manages £450bn of floated assets, the renowned VC Albion Capital that manage just over £1bn, 20 lords and ladies… and me representing our one-year old Deep Science Ventures (DSV).

The principal aim of the Life Science Strategy is to generate four biotech companies worth more than £20bn in the next ten years. It focuses on increasing the science research base; fixing the scale up issue (or rather the issue that startups exit early to US companies); continuing to close the gap between life science research, translation, and fluid paths in and out of industry; creating efficiencies in the NHS; and probably most timely, ensuring that the doors stay open to European and global scientific talent. Tangible progress has already been made towards implementation, with GSK, J&J, MSD and Roche all announcing new initiatives and investments in the last couple of weeks.

All of these announcements are great to see, but they are all very traditional later stage investments in partnerships and relocating R&D. Oddly the only mention of driving venture creation from the ground up is one paragraph right at the back of the report.

If we’re really going to create four £20bn life science companies, we’re going to need a lot more entrepreneurial scientists with the space to create, derisk and grow. I would love to hear from other groups or people passionate driving venture creation in life science to bring together a coherent plan that can influence policy and find better ways to drive the creation of scalable biotech ventures from the ground up. The bullets below are some suggested starting points, about and for which I welcome debate and criticism.

In summary it’s been fascinating to see a proactive focus on driving the UK’s life science industry forward. However, to have a hope of creating four £20bn companies, a lot more needs to be done at the earliest stages to create the pipeline that will one day hopefully feed the late-stage funds, industry, and stock markets that were represented alongside me on the panel. I’d love to hear your thoughts, email or comment below. 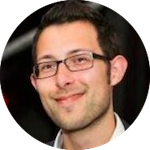