Drug development is a lengthy and costly process that takes at least 10 years on average from drug discovery to commercialization, requiring billions of dollars in investment. However, over 90% of new drugs that are tested in clinical trials fail. Organoids — three-dimensional, patient-derived mini-organs in a dish — offer a solution to this challenge.

A key contributor to the limited success of drugs in clinical trials is sub-optimal preclinical development. Optimizing drug discovery and development is challenging because of the struggle to find relevant disease models: most preclinical models available today translate poorly to the clinic.

Selecting a preclinical model: the quest for patient-relevance and scalability 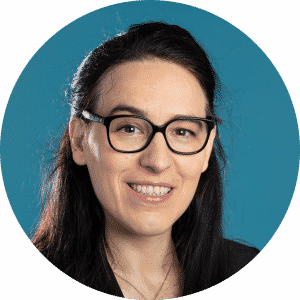 “A patient-relevant model is one that fully captures the altered physiological state of a disease that a compound — such as the newly discovered drug — is hoping to restore,” said Sylvia Boj, Chief Scientific Officer at HUB Organoids, an innovative biotechnology company based out of the Netherlands.

Traditionally, preclinical in vitro models have largely been limited to immortalized cancer cell lines, which have been historically derived from tumor cells that can grow and replicate in the lab. However, cell lines do not capture the biological diversity of the patient population, severely limiting their clinical value in drug development.

Such models are also not well suited for diseases outside of oncology, where no patient-derived in vitro cellular models exist or when the multiple genetic and environmental factors underlying disease onset cannot be fully recapitulated in the available preclinical models.

In contrast, mouse and other animal models offer a better understanding of disease biology. Nonetheless, their physiology is still not an accurate representation of human physiology and these models tend to be costly and time consuming to develop, expand, and maintain.

“This lack of patient-relevant preclinical models raises a lot of questions for the pharmaceutical industry around the significance of the drug development program built on a traditional model, the accuracy of the biomarkers denoting clinical progress, and the validity of the current drug pipelines,” Boj emphasized.

In seeking to overcome these challenges, in vitro cultured mini-organs called organoids have been gaining popularity in the preclinical drug development landscape over the last decade.

“Patient-derived organoids are self-organized, three-dimensional in vitro tissue cultures derived from adult stem cells that can develop into different organ-specific cell types,” explained Boj. “As organoids are developed from patient stem cells, they can recapitulate the patient’s physiological processes while also bearing the hallmarks of the disease.”

In terms of applicability to in vitro drug testing, organoids are comparable to working with conventional cell lines, asserted Boj. “Organoids are long-term cultures that can be cryopreserved, expanded for large-scale screens, and subjected to the same molecular biology assays as cell lines. They are also amenable to in vivo modeling by engrafting into animal models.” 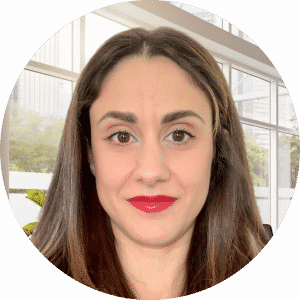 Organoids can be applied to study a broad range of human diseases, noted Federica Parisi, Marketing and Sales Manager at HUB Organoids. “We have used organoids to study diseases beyond oncology — such as cystic fibrosis or irritable bowel syndrome — where in many cases there are no alternative patient-derived models available.”

Moreover, organoids can be generated from ‘normal’, non-transformed cells, enabling insights into the toxicity of drugs on healthy tissue when needed.

Organoids can also result in cost- and time-savings for both the researcher and the patient. “At HUB, our organoids are derived from epithelial stem cells commonly present in most patient organs,” explained Boj.

Referring to a successful example of how HUB Organoids have enhanced drug discovery, Boj highlighted a recently published work in Nature Cancer demonstrating the role of patient-derived organoids in the preclinical development and validation of a new bispecific antibody.

This collaborative work by the European consortium (SuppresSTEM), coordinated by the Dutch biotech company Merus N.V., demonstrated how using organoids to screen libraries of compounds and select a clinical candidate can shorten the drug development timelines.

In 2015, HUB who is among the founding members of the consortium, developed a biobank of colorectal cancer (CRC) organoids for large-scale screening to identify the antibody with the best therapeutic effect from a bispecific antibody library.

Describing the systematic screening process, Boj stated, “500 pre-identified bispecifics were screened using a small number of CRC organoid models, which narrowed our search to just 52 hits with promising efficacy profiles. The 52 selected bispecifics were then tested against a larger library of CRC organoid cultures to identify the candidate with the highest chance of success in a large patient sample.”

This led to the identification of a promising candidate. “An extended screen with CRC organoid models showed that the newly identified antibody effectively blocked tumor growth with no significant toxicity in matched healthy organoids,” concluded Boj.

The findings were additionally validated in mouse models generated by engrafting HUB’s organoids. When compared against the commercially available cancer drug cetuximab, the new bispecific antibody showed better activity both in vitro and in vivo.

Within a remarkable span of about five years, this drug progressed from discovery to preclinical validation to clinical trials, and is now being evaluated in a phase I trial for patients with head and neck cancer who relapsed after standard of care treatment.

The future of organoids: a patient in the lab

In fact, the role of organoids in certain rare diseases has already been transformative, Parisi remarked. “Cystic fibrosis is a highly complex genetic disorder with over 2,000 mutations and a prevalence as low as fewer than 10 patients for certain mutation types. These patients do not meet the criteria for inclusion in traditional clinical trials, which require large numbers.”

By building organoid avatars of these patients in the lab, scientists have demonstrated that patients bearing very rare cystic fibrosis mutations can respond to certain drugs, enabling access to timely treatment in many cases.

But the potential of organoids is only just being realized: this technology could help with predictive diagnostics to optimize treatment selection for patients — enabling personalized medicine approaches — or even help run entire clinical trials in a petri dish in the future.

“As we move forward, we will continue to evaluate how the different clinical development phases can be improved to close the gap between the lab and the clinic. Our ultimate focus will be to find the right treatment for every patient,” Boj concluded.

To learn how you can partner with HUB Organoids to develop your patient-derived model, conduct preclinical drug screening, and more, please visit the company’s website or contact the experts.

The SuppresSTEM consortium was funded by EU FP7 and involved collaborative work by companies including HUB Organoids, OcellO B.V. (now Crown Bioscience) and Merus N.V., and international research institutions including the Hubrecht Institute, IRB Barcelona and the Sanger Institute. The Vall d’Hebron Institute of Oncology (VHIO), the Catalan Institute of Oncology and the company Xenopad also collaborated in data for this publication. The consortium set out to develop novel antibody-based therapeutics targeting cancer stem cells for the treatment of colorectal cancer as well as patient-derived organoid-based screening tools to aid drug discovery.