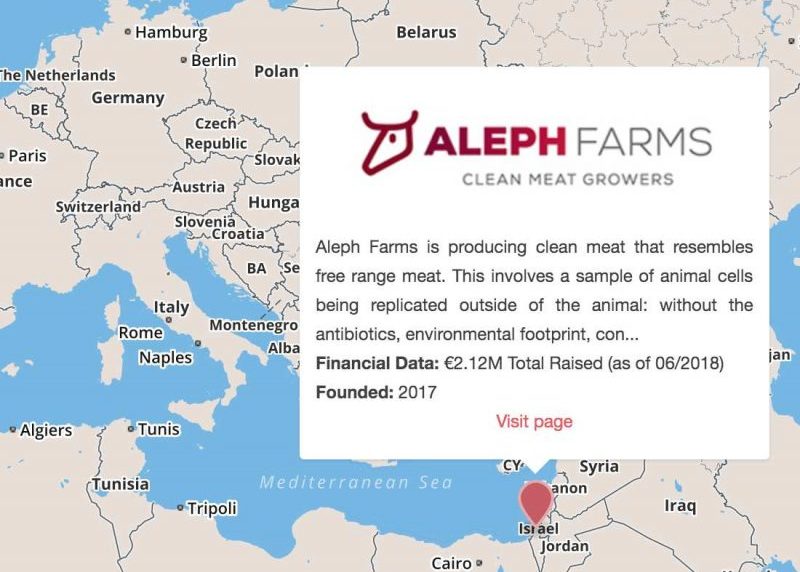 Mission: Founded in 2017, Aleph Farms uses cell samples taken from living cattle to create cultured meat. The cells are then grown in a 3D environment, which can help recreate the structure of natural meat, without genetic modifications or the use of antibiotics. By using four different cell types — support, fat, blood vessel and muscle cells — the company can recreate vascular and connective tissue in order to produce cultured meat that resembles the texture of natural beef.

What we think: Cultured meat promises to help us address many environmental and health problems, such as overuse of antibiotics, greenhouse gas emissions, and feeding a rapidly growing world population. While the first cultured burger cost €277,000 ($325,000) to make in 2013, Mark Post, who developed the first cultured burger, estimates the price of producing lab-beef to now be around €68 ($80) per kg or roughly €9 ($11) per burger.

Even though the technology is rapidly becoming more affordable, growing cultured meat with the same texture and taste of natural meat is still a major challenge. Aleph Farms is not alone in trying to make cultured meat more appealing to consumers. For example, Mosa Meat, the company behind the first cultured burger, is using stem cells to generate the different cell types in meat tissue.

Companies making cultured meat argue the technology uses less water and land than factory farms, and eliminates the need for animal feed and slaughter. However, the technology is still young. It remains to be seen whether the technology will in fact more become more cost-effective than its natural counterpart.