Based close to Berlin, Germany, the biotech startup Pantherna Therapeutics is developing a messenger RNA drug to treat a life-threatening lung condition that requires mechanical ventilation. 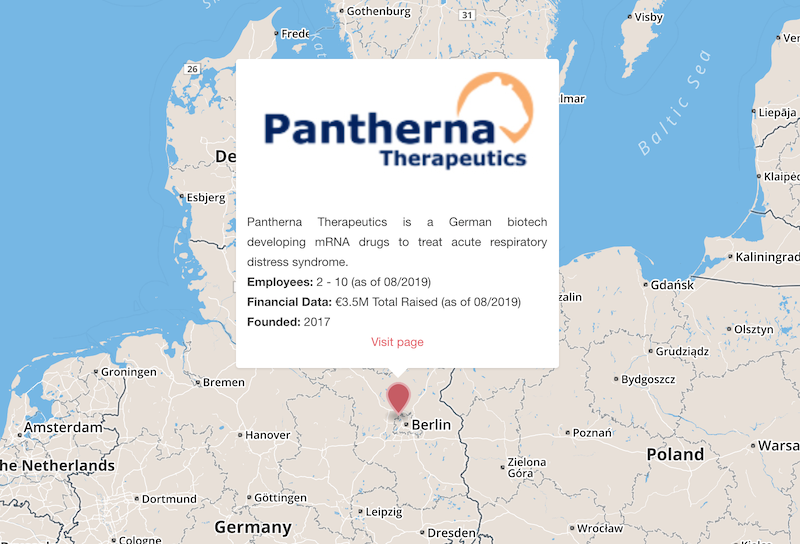 Mission: To develop a messenger RNA (mRNA) drug to treat acute respiratory distress syndrome, an inflammatory lung reaction that kills up to half of patients with the condition.

Acute respiratory distress syndrome is a condition where inflammation causes blood vessels in the lungs to become leaky, and the lungs fail due to fluid buildup. The condition can be triggered by a number of factors, such as pneumonia, sepsis and trauma. Although mechanical ventilation and antibiotics can help patients to survive, the condition has a 35-50% mortality rate.

Founded in 2014, Pantherna Therapeutics is developing an mRNA drug to fight this deadly condition. The drug is first packaged in a nanoparticle made of fat molecules and then injected into the patient. The fat nanoparticles shield the drug from being destroyed by the body, and are taken up by cells lining blood vessels in the lungs. The cells can then use the mRNA as a template for producing proteins that make the blood vessels less leaky, reducing the damage to the lungs.

At the moment, Pantherna’s drug is at the preclinical stage and expected to enter phase I around 2023. The company is currently looking for partnerships to help accelerate the drug’s development and recently raised a seed round of €3.5M to kickstart the process.

The idea of mRNA drugs has caught the imagination of many companies because they have the potential to turn the patient’s own cells into drug factories. This has big potential advantages, such as allowing the replacement of a key protein in conditions caused by faulty or missing proteins. 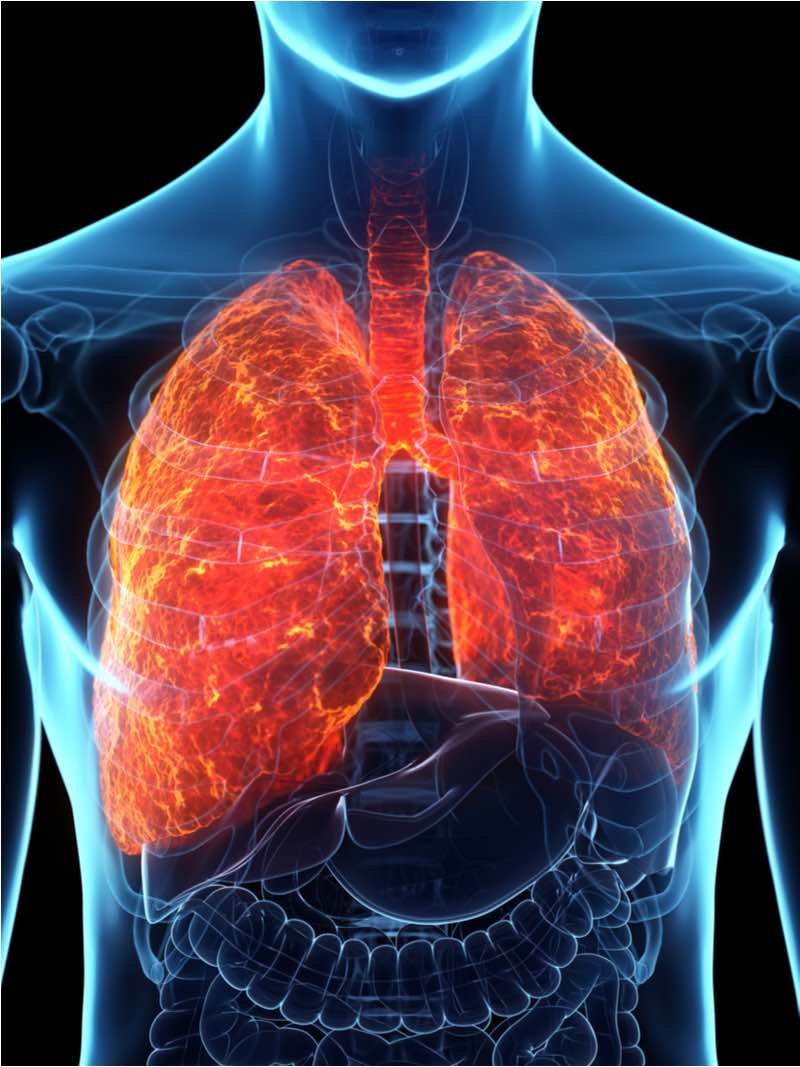 The field of mRNA drugs has been around for a long time, but was relatively unexplored to start with because it was hard to keep mRNA molecules stable when injected into patients. “Everyone was afraid to work in the lab with RNA because it is pretty labile — it’s easily destroyed if you inject it into the bloodstream,” Klaus Giese, the CEO of Pantherna, told me.

With advances in technology, companies are now developing ways to keep mRNA stable. Like Pantherna, biotechs such as the German company CureVac and the UK biotech MiNA Therapeutics use nanoparticles made from fat to shield the drug until it reaches the cell.

According to Giese, Pantherna’s technology has carved out its own niche in the mRNA therapy landscape. For one thing, many other mRNA biotechs are focused on making vaccines rather than therapeutic molecules. In addition, Pantherna is also targeting a condition that isn’t a focus for other companies.

“We are developing specific therapeutic mRNA molecules for acute respiratory distress syndrome, and embedding them in our specific carrier molecules,” Giese told me. “This combination gives us a niche, and I don’t really see any close competitors.”

Nowadays, mRNA drugs are drawing enormous investor attention. For example, the German company BioNTech, which develops mRNA cancer vaccines, recently raised €290M in one of the biggest funding rounds in European biotech. The US biotech Moderna also raised a huge Nasdaq IPO of €530M last year to fund its mRNA vaccines for influenza, cancer and other conditions.

Outside of mRNA therapies, there is interest in improving patient survival in acute respiratory distress syndrome. The Finnish company Faron Pharmaceuticals has a protein drug in phase III that could make the blood vessels in the lungs less leaky, just like Pantherna’s drug does. Meanwhile in the US, the biotech Athersys is running a phase II trial of a stem cell therapy that could reduce lung inflammation and promote healing in these patients.