ActoBio Therapeutics has received permission from the FDA to start a clinical trial for a type 1 diabetes treatment that uses a bacterial strain also used in cheese production.

After being cleared by the FDA, ActoBio, based in Belgium, plans to begin a PhaseIb/IIa study for its drug, AG019, to treat early-onset type 1 diabetes. What makes this treatment special is that it consists of an oral capsule containing Lactococcus lactis, a type of bacteria used to produce cheese and buttermilk.

The bacteria used by ActoBio are engineered to express IL-10 and the autoantigen human proinsulin, which together prime the production of regulatory T cells that restore the immune system’s tolerance to insulin-producing cells and stop attacking and destroying them.

The reason why the treatment is delivered using bacteria is that they can produce the drugs locally where they are needed, sparing the rest of the body and therefore reducing possible side effects. ActoBio also hints that using bacteria might be a more cost-effective solution compared to traditional approaches where biological products are directly injected.

Currently, type 1 diabetics are dependent on glucose monitoring and insulin injections for the rest of their lives. What ActoBio is proposing could actually reverse the course of the disease if given early enough, by protecting the remaining insulin-producing cells that have not yet been destroyed. 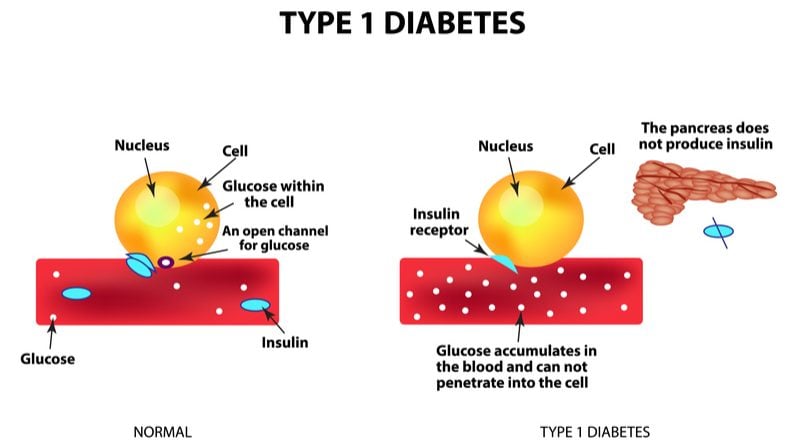 Preclinical tests have shown that AG019 brought blood sugar levels back to normal in around 60% of mice tested. And when combined with an antibody against the T cell receptor CD3, the treatment reversed diabetes in 89% of mice if the treatment was started at an early stage of the disease.

ActoBio’s approach reflects an increasing interest in using bacteria to deliver treatments. For example, Mucosis is using probiotics to display antigens in a vaccine that can be given orally or nasally. Vaximm is using antigen-presenting bacteria to fight cancer.

Other companies are trying to reverse type 1 diabetes as well. In France, Imcyse is already running a clinical trial to test an immunotherapy designed to specifically destroy the T cells that attack insulin-producing cells. Still, these approaches are in early stages and other companies are working on improving the current standard of care, with better forms of insulin or automatized diabetes management.