Update (09/07/2019): The Switzerland-based ADC Therapeutics has completed the final closing of a €271M ($303M) Series E round to finance the development of a phase II antibody-drug conjugate treatment for blood cancer.

With its big Series E complete, the company is in a good financial position to prepare for the commercialization of its lead candidate antibody-drug conjugate treatment, which is designed to treat drug-resistant diffuse large B-cell lymphoma. ADC Therapeutics aims to apply for market approval from the FDA in the second half of 2020.

ADC Therapeutics has raised €67M ($76M) as part of a Series E round to fund the final push of an antibody-drug conjugate treatment for drug-resistant blood cancer into the market.

With the latest funds, ADC Therapeutics’ Series E round now totals a whopping €244M ($276M). The company will use the funds to apply next year for the market approval of its lead candidate for the treatment of the aggressive blood cancer diffuse large B-cell lymphoma. The money will also fund a phase II trial of another candidate drug for the treatment of Hodgkin’s lymphoma.

ADC Therapeutics’ treatment is an antibody molecule attached to a toxic drug ‘warhead’, also known as an antibody-drug conjugate. The drug is designed to treat diffuse large B-cell lymphoma by binding to targets on the surface of tumor cells, which then take the drug into the cell. Once inside, the toxic warheads are released, destroying the tumor cells.

A common problem with diffuse large B-cell lymphoma is that patients are prone to relapsing with drug-resistant cancer, making treatment difficult. ADC Therapeutics’ drug could provide a new option for these patients because the toxic warhead interacts with the cancer cell’s DNA in a way that avoids drug resistance, making the effect last longer. 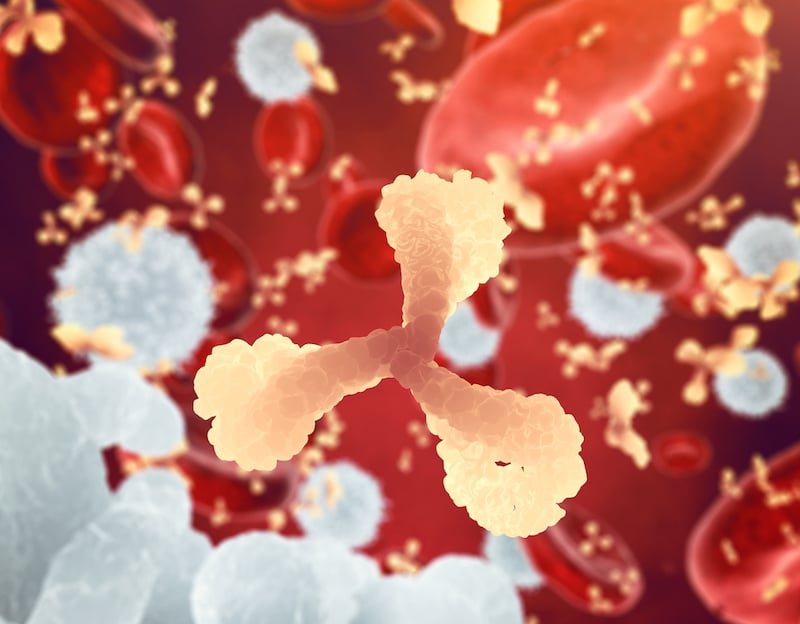 “Like with many technologies, there was a lot of excitement around the first drugs, but in practice, the various components of the technology needed to be optimized,” Chris Martin, CEO of ADC Therapeutics, told me. “What we’re going to see is a large number of very effective antibody-drug conjugates approved in the next few years. I think we’re at that point of the adoption curve … the mature technology will bear fruit.”

Alongside ADC Therapeutics, there are many big companies looking to ride the antibody-drug conjugates revival wave. US giants including Pfizer, Seattle Genetics and Genentech all have candidates in the works, while in Europe, the German company Heidelberg Pharma, Dutch Synaffix and the Swiss biotech NBE Therapeutics aim to have antibody-drug conjugate treatments entering clinical trials.