With a successful phase I clinical trial, Danish biotech Bavarian Nordic has come a step closer to commercializing the first vaccine to protect humans against equine encephalitis, a mosquito-borne infection that has been explored for use as a bioweapon.

The trial was fully funded by the US Department of Defense. The vaccine was well-tolerated and triggered the production of antibodies against all three strains of the mosquito-borne equine encephalitis virus (Western, Eastern, and Venezuelan) in 45 healthy volunteers.

Bavarian Nordic’s vaccine candidate is delivered using a viral vector that is a weakened form of a poxvirus. This viral vector alone is approved as a smallpox vaccine in Europe, the US, and Canada. As a consequence, the vaccine candidate is expected to protect against smallpox and monkeypox as well as equine encephalitis, Rolf Sass Sørensen, the company vice-president for investor relations, told me.

Last year, the US saw its largest outbreak of Eastern equine encephalitis, the deadliest form of the virus, which can cause permanent neurological damage and death in some cases. A total of 38 people were confirmed infected and 15 people died.

While less deadly, Venezuelan equine encephalitis is more infectious to humans and is known to cause much larger outbreaks in Latin America, with hundreds of thousands of people and horses infected. The last such big outbreak was in 1995, explained Scott Weaver, the scientific director of Galveston National Laboratory at the University of Texas Medical Branch and an expert on equine encephalitis who was not involved in Bavarian Nordic’s trial.

“The fatality rate in humans is generally less than 1% but the virus is very debilitating and immunosuppressive, so it was developed during the cold war as a biological weapon,” Weaver added.

Debates about the danger of bioterrorism have also picked up in recent months, especially with recent and widely rejected conspiracy theories about Covid-19 having a man-made origin. Equine encephalitis viruses rank just below diseases such as anthrax, plague, and smallpox on a list of bioterrorism agents issued by the US Centers for Disease Control.

Bavarian Nordic, which raised a whopping €300M in a share offering in March, may be well-positioned to take on the threat. While there are several other vaccines against equine encephalitis under development, including a few already licensed for use in horses, Bavarian Nordic’s technology has a major advantage in its proven track record of safety and immunogenicity even in immunosuppressed people, said Sørensen.

“Vaccines used in horses such as live-attenuated or inactivated equine encephalitis viruses have safety issues or show low immunogenicity, respectively,” he explained. Other rival candidates could run into trouble due to existing human immunity to the vector or have major potential safety issues, such as those that rely on replicating virus vectors.

“[This candidate vaccine] appears to be feasible,” says Weaver. “For protecting military personnel where vaccination can be done before deployment into a high-risk location, it should work well.” 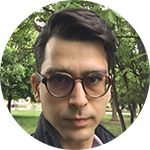 Victor Kotsev is a reporter-at-large. He does all things business, technology, and international politics, with a special focus on health and biotech. He has spent most of the 2010s covering the Balkans and the Middle East for the likes of USA Today, Globe and Mail, and Fast Company, primarily out of Istanbul.