Olivier Brandicourt, new CEO of Sanofi since last April, has been interviewed by EuroBusiness Media on the company’s last results. The successor of Chris Viehbacher took the opportunity to show the good results made by its Biotech pipeline. 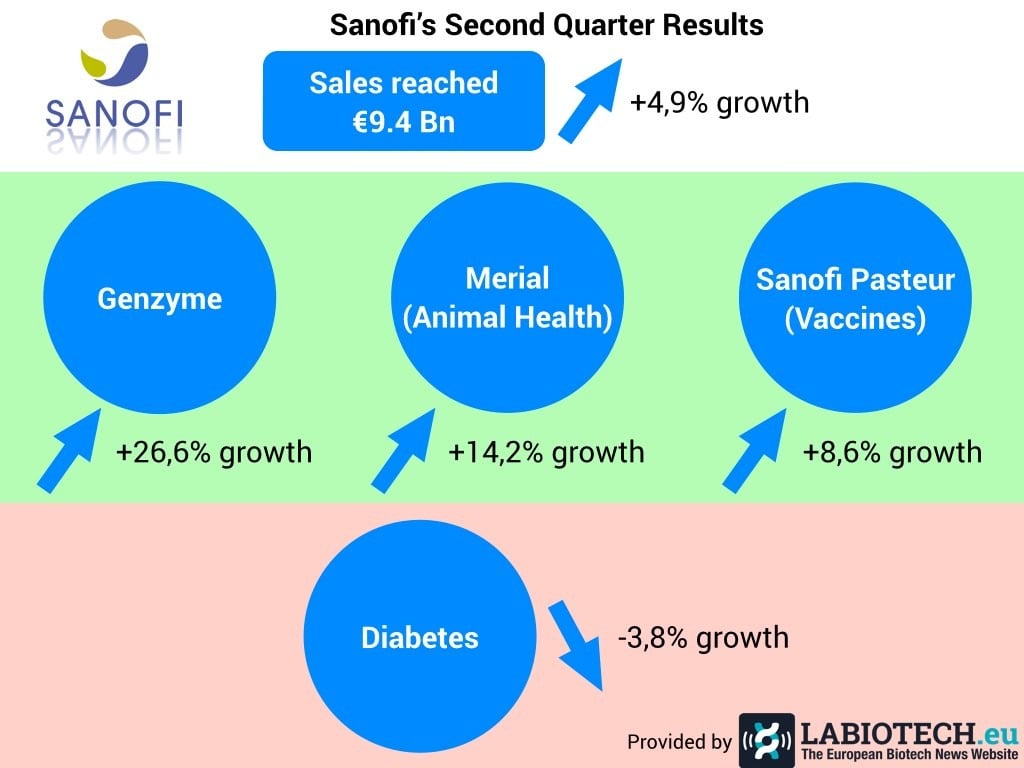 Genzyme, the rare diseases arm of Sanofi, was an important growth driver again this quarter. Total sales of the Rare Diseases franchise were 647 million euros, driven by the sustained success of key brands -Cerezyme, Fabrazyme, and Myozyme- but also the recent launch of Cerdelga, the only first-line oral therapy for Gaucher Disease. In Multiple Sclerosis, Genzyme reported another quarter of exceptional commercial success with over 1 billion euros of sales expected this year.

Sanofi‘s growth was also supported by €700 million of sales made by Merial, the Animal Health business of Sanofi which scored its highest quarterly sales ever. The vaccines branch, under Sanofi Pasteur’s flag, came back to growth in the second quarter with sales up to 8.6% led by influenza vaccines and booster vaccines.

But Sanofi still has an ace up his sleeve with Toujeo, a next-generation basal insulin, launched in the U.S. market at the end of March to make up for Lantus sales.

Last week, Praluent was approved by the FDA for the treatment of high cholesterol, making it the first approved PCSK9 inhibitor in the U.S. Developed as part of Sanofi’s alliance with Regeneron, the PCSK9 antibody was the first showing a dramatic lowering of LDL-Cholesterol and pull the rug out from under Amgen and Pfizer who are also dreaming of this huge market. Final EU approval is expected in late September 2015 and this time should come after Amgen’s approval. 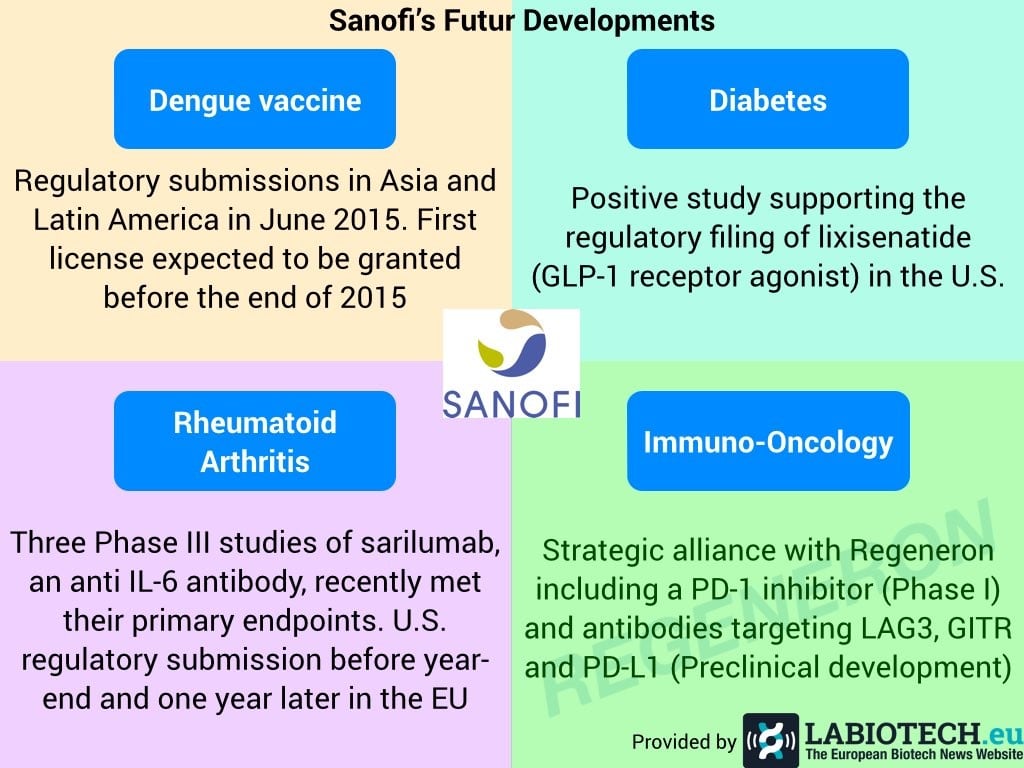 Sanofi has a lot to do this year. Olivier Brandicourt just announced a makeover of the French giant to fill his objective of 6 new drugs on the market before the end the year.

Sanofi detains promising new drugs like its dengue vaccine, that tackle the plague in Asia. Something to keep an eye on is also the recent move of Sanofi into the immuno-oncology space. Thanks to its strategic alliance with Regeneron to develop new treatments, the company  want to be present in this boiling field, which is projected to be one of the largest drug classes ever!

The French company, for a long time seen as too conservative, has nonetheless succeeded in its transition from the chemical business to the biological era (certainly thanks to its previous CEO). Olivier Brandicourt’s experience with Bayer and Pfizer could be a good asset for Sanofi to bring new Biotech drugs on the market. The recent importance given to Genzyme and Regeneron in Sanofi’s strategy is a good start to head this way.