UniQure from the Netherlands has promising results for its enzyme replacement therapy phase Ib/II trial targeting a rare Lysosomal disease. This has granted fast-track approval to launch its phase III trial for children with Sanfilippo Type B (MPS-III) in collaboration with France’s Institut Pasteur.

UniQure is the Amsterdam gene-therapy biotech with a lot going on. Last year they secured a eye-watering €1.1M prescription deal for their drug Glybera (which treats the 150-200 individuals in the EU with the ultra-rare lipoprotein lipase deficiency). Now they’ve developed a clinical-phase Ib/II gene therapy for another rare genetic disorder, Sanfilippo disease type B.

Sanfilippo (also known as Mucopolysaccharidosis III) is an autosomal recessive disease group characterized by enzyme deficiencies, affecting around 1 in 70,000 births in the EU. There are 4 subtypes (A-D) and Sanfilippo B, in particular, is the subtype resulting from the N-acetyl-alpha-D-glucosaminidase (NaGLU) enzyme. NaGLU hydrolyses particular complex sugars responsible for the break down of heparin sulfate.

If allowed to accumulate, heparin sulfates severely affect multiple tissues (e.g. the retina), especially in the central nervous system, which causes degenerative brain damage and eventual death. Currently, the life expectancy for this genetic disease is around 15 years old, and only palliative care exists for these children. 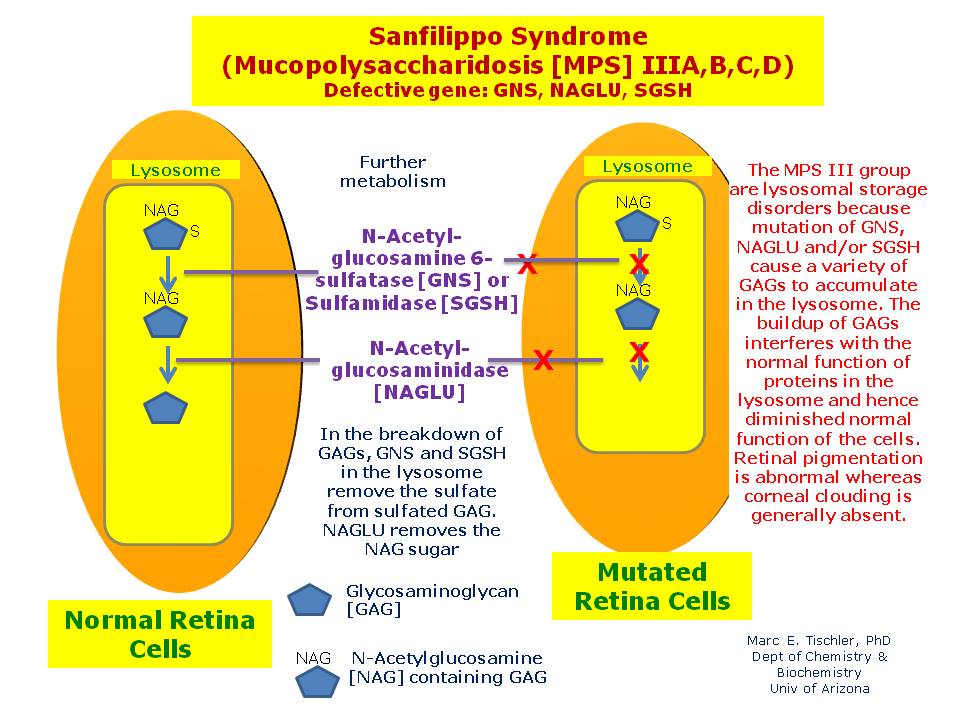 UniQure has developed its gene therapy to directly inject functional NaGLU gene into the brain using an Adeno-associated viral vector. In collaboration with Institut Pasteur, their AMT-110 candidate has successfully improved NaGLU production from 0% to as much as 17% in the 4 phase Ib participants. The effect was persistent through the 3-12 month period post-treatment – a result which could dramatically improve patient life-span.

Marc Tardieu, the paedriatric neurologist acting as lead investigator on the AMT-110 trial, believes these results are a game-changer for individuals with MPS-III.

UniQure isn’t the only biotech developing NaGLU therapies for Sanfilippo B either. The Sanfilippo Children’s Foundation is keeping track of recombinant NaGLU therapies, with a phase I/II trial by Synageva BioPharma (now owned by Alexion) which began in January this year in the UK and US and a pre-clinical stage equivalent from BioMarin. The University of Manchester (UK) also has a Senfilippo targeted therapy but with a different approach. Their Geinstein trial instead uses a soy-bean derived compound which is thought to block the production of heparin sulfate, thus alleviating Sanfilippo symptoms.

These phase Ib/II trials show uniQure’s AMT-110 has a good proof of concept, yet with only 4 individuals the trial size is underwhelmingly low. This could be one reason uniQure has a market cap of €700M, despite a stock-spike of up to 20% following the announcement of the results – a value which is particularly small when compared to €4.58Bn of gene-therapy competitor BlueBird Bio from Boston (which unlike uniQure, has the biggest cap in the gene therapy industry, even though it hasn’t yet progressed any of its candidates to market level).

A successful phase III could yet promote UniQure to become one of the top billion-euro biotech elite (here is a list of our top 7 in the EU already).