A new wave of therapies based on a unique type of immune cells, called gamma delta T cells, has the potential to treat cancer with stronger responses and fewer side effects.

Immunotherapies based on T cells are becoming a huge trend in the treatment of cancer, especially CAR-T cells. These genetically-modified T cells have shown remarkable remission rates in patients that did not respond to standard treatments.

Still, they have limitations. CAR-T cells come with strong, sometimes deadly side effects, and their ability to target solid tumors is limited.

Among the various solutions emerging, there is a wave of research focusing on a rare type of T cells. Called gamma delta T cells, they only amount to up to 5% of all T cells in our body, but they play an important role against cancer. A study published in Nature Medicine in 2015 revealed that the amount of gamma delta T cells that infiltrate a tumor was the best predictor of a favorable outcome for the patient.

Unlike the alpha beta T cells commonly used in CAR-T therapy, gamma delta T cells play a role in the innate immune response, which constitutes the first, faster line of defense of the immune system.

“As gamma delta T cells are part of the innate immune system, they are already pre-programmed to locate and destroy cells that are ‘stressed’ by cancer-associated transformation. Unmodified alpha beta T cells do not possess this innate function,” said Michael Leek, CEO of TC Biopharm. 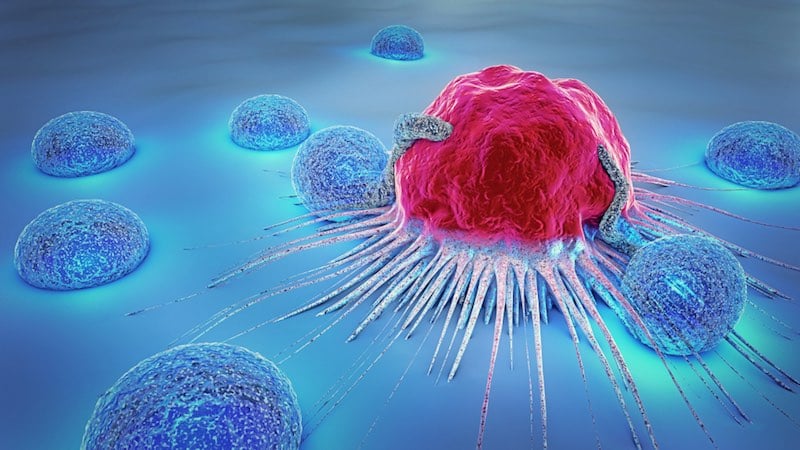 TC Biopharm is seeking to exploit this innate function to make a new form of CAR-T therapy. “By modifying gamma delta T lymphocytes, it’s possible to create a supercharged cell with significantly increased cytotoxicity against cancerous tissues,” Leek told me.

Thanks to their natural ability to target cancer cells, these cells could provide a safer version of CAR-T therapy thanks to what Leek calls a ‘dual activation system’ where the CAR-T cell only attacks those cells that have undergone cancer transformation and carry a specific antigen. “This means that large doses of oncolytic cells can be administered to the patient without healthy cells being targeted,” added Leek.

Another key advantage of gamma delta T cells is that, unlike alpha beta T cells, they do not require donor compatibility to recognize the target cancer antigen. That makes them a great candidate for the development of off-the-shelf CAR-T cells that are derived from donors instead of from the patient, an approach that could make the therapy much faster and more affordable.

In addition, gamma delta T cells can recognize cancer antigens other than peptides, expanding the range of targets that can be used to kill a tumor cell. “These new targets mean solid tumors may for the first time be addressed by a CAR-T approach, using the patient’s own immune system to attack the tumor,” Shelley Margetson, CEO of Gadeta, told me. Her company, based in the Netherlands, is currently running its first clinical trial.

Despite all the promised advantages, this is still a relatively new area of research with its own challenges. “Clinical trials to date with gamma delta T cells have shown an overall good safety profile but limited clinical efficacy,” Margetson said.

To get around this problem, Gadeta engineers alpha beta T cells to carry the T cell receptors of gamma delta T cells. “This combines the strengths of both types of T cells, whilst overcoming their respective weaknesses,” explained Margetson.

Another solution may lie in selecting specific cell subtypes. “Historically, clinical use of gamma delta T cells has been limited to a blood resident subtype of cells, which require constant antigen stimulation and are prone to die upon activation,” said Natalie Mount, CSO of GammaDelta Therapeutics. A spin-out of King’s College London, the company has a $100M deal with Takeda for the development of its gamma delta T cell technology.

GammaDelta Therapeutics focuses instead on a subtype of cells that are found inside tissues rather than in the bloodstream. “These tissue resident cells have excellent potential for the treatment of solid tumors. They are primed to reside in tissue within a low nutrient and low oxygen environment, where they can carry out tissue surveillance, moving through tissues and recognizing and eliminating transformed cells,” Mount told me.

While all these claims still need to be proven in clinical trials, the trend will likely not be fading any time soon. “Gamma delta T cells are gaining attention fast and we expect to see the numbers of clinical trials increase significantly,” said Gadeta’s Shelley Margetson. With an increasing number of approaches being tested, our chances to finally beat the most challenging forms of cancers are becoming slightly higher every day.

This article was originally published in June 2018 and has since been updated. Images via Shutterstock; Gadeta.