Over 10,000 human diseases are caused by exactly one faulty gene. Gene therapy promises to fix each of them. Here’s a review of biotech’s progress.

Biotech is arguably built on genetic medicine. When Genentech‘s insulin produced by genetically engineered bacteria kicked off biotech fever in the 1980s, the concept of directly repairing defective human DNA wasn’t far behind. The first transfer of a gene directly into the human genome for therapeutic purposes was performed by William French Anderson in May 1989, when he inserted a marker gene to test the safety of therapeutic modifications.

From 1990 to 2000, the number of clinical trials for gene therapies grew almost exponentially, but over half of the 2463 trials conducted thus far have been Phase I studies. From this implied high failure rate it’s a small wonder that it wasn’t until 2012 that the world’s first one hit the market: in October that year, the Dutch biotech uniQure announced that the EMA had approved Glybera, a one-shot cure for an ultra-rare lipase deficiency.

But where does gene therapy stand as a field? 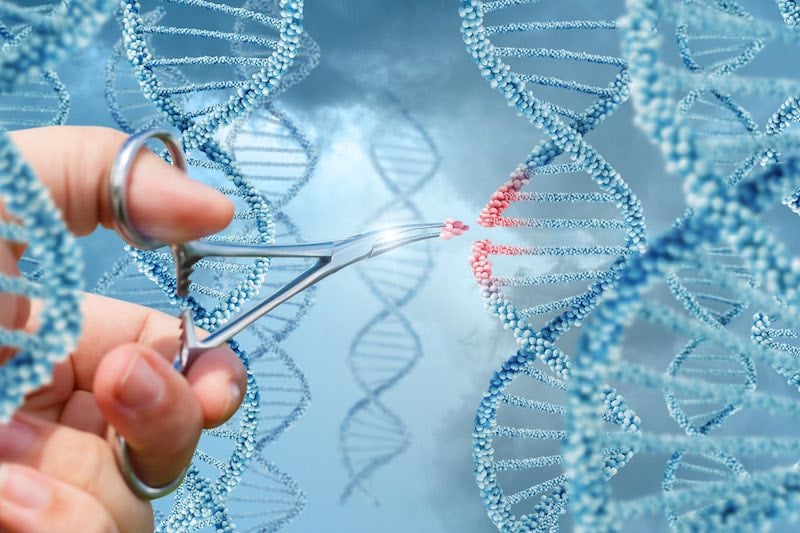 To start, the jury is out on whether or not Glybera is a success: it was only administered once outside of clinical trials likely due to its hefty €1M price tag, it never obtained approval from the FDA, and last month it was withdrawn from the market for good. Pricing continues to be an issue as SPARK is poised to demand $1M for its blindness treatment despite backlash.

Despite the economic issues, the science behind gene therapy is carrying on as strong as ever: Glybera’s approval is strong proof that the concept of gene therapy works, and uniQure accordingly boasts a strong pipeline with a candidate for the treatment of hemophilia progressing through early-stage trials.

It isn’t a cure, as the company’s CEO Matt Kapusta was careful to emphasize to us; the aim is rather to alleviate symptoms and “transition patients with severe or moderately severe hemophilia to a mild disease phenotype.” BMS has even taken an interest in the technology, signing a partnership to co-develop uniQure’s congestive heart failure program.

Besides the partnerships taken on by GSK and BMS, gene therapy has largely remained the purview of biotech, perhaps due to pricing concerns. As Kapusta explains, “Typically, pharma is more earnings-conscious and thinks that if a biotech can prove an innovative technology works, then the company will collaborate or acquire its way in.” Which indeed, does seem to be their modus operandi for now. 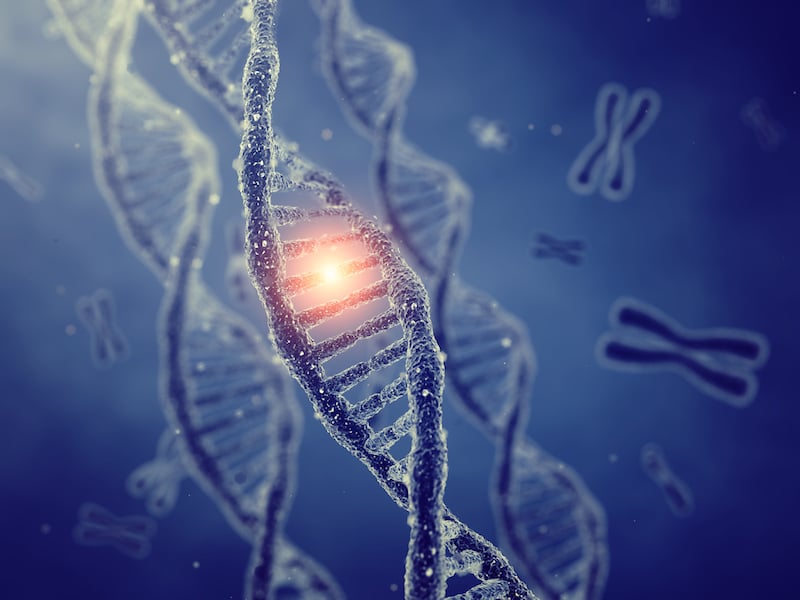 Another Dutch gene therapy company, Arthrogen, is finding its feet in gene therapies for autoimmune diseases. “Our strategy is to deliver a genetically modified construct with a virus,” CEO Robert Jan Lamers told me. “It’s a single treatment under the control of a promoter for high prevalence indications like arthritis.”

Arthrogen’s lead candidate, a one-off treatment for arthritis currently in Phase Ib trials in The Netherlands and Canada, hinges on a promoter that controls the production of interferon-beta and enables its upregulation when needed. In this case, the promoter upregulates the production of anti-inflammatory cytokines and downregulates their inflammatory counterparts; and when that effect is achieved, the promoter shuts off. “It’s a very local and long-lasting effect, which distinguishes the technology from other therapies” like antibodies, explained Lamers.

“What makes us unique is that we are going for a high prevalence indication — most companies pick a rare orphan disease for the fast track avenue,” Lamers told me. “Our advantage is a huge potential market with many patients.”

While the therapeutic benefit of rare disease drugs seems well established, the economic case is not solid: a recent report shows them to be among the lowest commercial performers, second only to anti-infectives, despite high therapeutic effects. By going for a larger market, Arthrogen may be on its way to an affordable gene therapy that actually gets used. 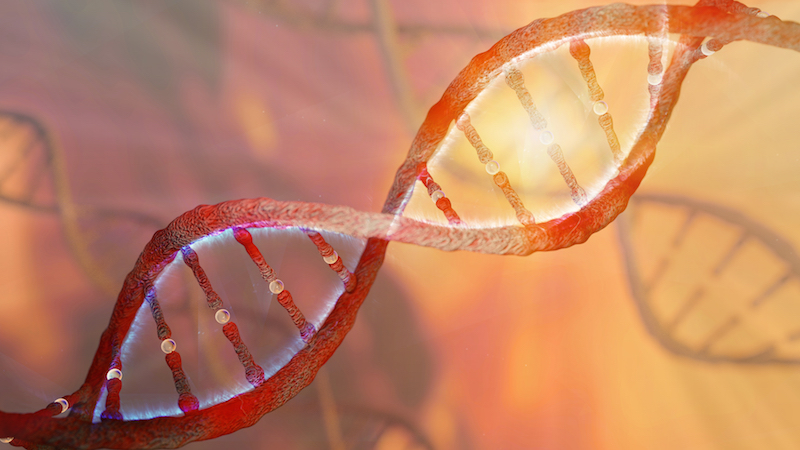 Challenges in Delivery: Targeting the Eye

It’s not just pricing holding back gene therapy: delivery also poses a major challenge. As one of our contributors described, the industry standard for delivery is the lentivirus. (Both Arthrogen and uniQure use AAV5). However, this technology is difficult to scale up for production and contributes to the astronomical cost of gene therapies. Moreover, these vectors mutate frequently, making it difficult to produce a uniform product.

So how are companies overcoming these hurdles? Ophthalmology is a field that has comparatively low barriers when it comes to delivery. As serial entrepreneur Bernard Gilly explained to me, “The retina is one of the most efficient sites for gene therapy.” Gilly has been in ophthalmology for over twenty years, and his latest company, Gensight, works on a gene therapy for a rare blinding diseases since it was founded in 2012. The company went public since July 2016, when it went for a €40M IPO on Euronext in one of the year’s largest exits.

Because anatomically the eye is a closed system, there is very little shedding of the virus outside after injection. Additionally, the retina has a small number of cells compared to other organs like the liver or the brain. In the retina, we are talking of a few millions of cells, not billions and that makes gene transfer more efficient.

Further, retina cells are neurons, which don’t trigger nearly as destructive an immune response as other cells. They also don’t renew over the course of life, so the effect of gene therapy is likely to last for a very long time compared to other cells like hepatocytes.

“The reason that we went into this space was patient need: there is an awful lot of genetic blinding diseases and some related to aging,” he said. “If we want to resolve them, gene therapy is the best approach.” 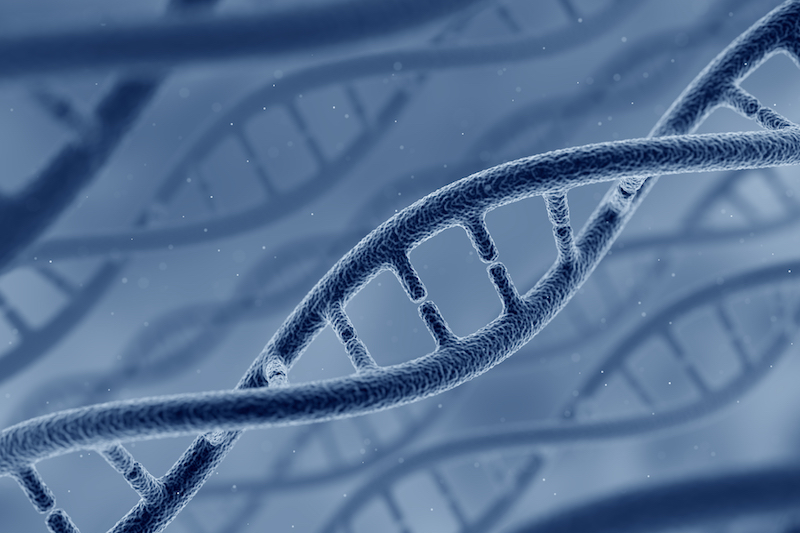 So what is Gensight targeting? Mutations in certain mitochondrial genes cause the organelles to degenerate, leading the retina to stop being able to send information to the visual cortex in a disease called Leber Hereditary Optic Neuropathy, which leads to sudden and profound bilateral blindness.

To restore cell communication, Gensight has developed a technology that transfers mitochondrial DNA to the nucleus, allowing to deliver mRNA to the surface of mitochondria that can then internalize the functional protein. This obviates the challenges arising from the thick membranes and rapid turnover of these organelles, which makes them difficult targets for gene therapy. Phase III results are expected next year.

Eyevensys is also circumventing delivery difficulties by going through the eye: The company is working on a platform to deliver gene therapies via electroporation instead of a virus.

“Eyevensys is trying to really create a completely new paradigm for the treatment of ophthalmic diseases,” CEO Raffy Kazandjian told us. “What we’re trying to do is transform a patient’s own tissues into biofactories that will produce the therapeutic protein or therapy that the patient needs.”

The company’s platform, EyeCET, injects a plasmid directly into the ciliary muscle with an electronic pulse that opens its pores, causing the muscle itself to start producing the therapeutic protein. “We believe that this will improve the clinical outcome, by exposing the patient to the drug in a continuous way, while it will avoid all problems that could arise from a systemic exposure to the drug,” Kazandjian explained. The company has begun its first-in-man study with its lead product EYS606 for non-infectious uveitis.

The Promise of CRISPR

A raft of companies is working to leverage CRISPR, the scientific discovery of a century, to bring a gene therapy to market. In Europe, CRISPR Therapeutics is slowly making its way towards the clinic and collecting a sizable amount of money along the way: €125M in a Series B and a respectable but somewhat disappointing IPO of €51M. In China, the first trials of a CRISPR-based therapy to treat lung cancer are already underway.

Though he believes that “it’s the biggest invention in the modern biotech world,” Rodger Novak, CEO and founder of CRISPR Therapeutics, doesn’t think the gene editing technology can be useful yet. “For human therapeutics it will take some time,” he said. “But I believe it will have huge impact on how we see certain diseases.”

A number of companies, including CRISPR Therapeutics and Boston-based Editas, who is closest to the clinic, have set up shop, and the commercial space may already be saturated. “I don’t expect too many more companies to get into it simply because of the intellectual property situation,” remarked Novak.

The CRISPR patent battle has been hard to follow, but earlier this year both the US Patent and Trademark Office and its European counterpart made their decisions: the USPTO ruled in favor of the Broad, granting the intellectual property rights to Feng Zhang and Editas, and the EPO perhaps unsurprisingly favored Emmanuelle Charpentier and Jennifer Doudna, whose rights underpin CRISPR Therapeutics and Caribou Biosciences. So for now, it’s up to these established companies to bring CRISPR to bear in gene therapy.