Personalized medicine would be nothing without genomic testing tools. Here’s an overview of how the field has rapidly evolved in the past years.

BRCA (BReast CAncer) is one of the most famous gene variants for breast cancer testing. But aside from being a game-changer from a scientific perspective, it also changed the laws of genomic testing.

The legal case “Association for Molecular Pathology v. Myriad Genetics“ challenged the validity of gene patents in the United States, specifically patents owned by Myriad Genetics that covered human DNA sequences, including BRCA. Since then, the U.S. Patent Office no longer accepts patents on isolated DNA sequences. Myriad’s patents have also been challenged in Europe by a coalition led by the Institut Curie.

In 2013, BRCA was again at the center of attention when Angelina Jolie announced that she had undergone a double mastectomy because of family history of breast cancer and the presence of the BRCA 1 mutation. Following this decision, thousands of women worldwide requested similar surgery to their practitioner.

More surprisingly, The Washington Post reported this March that employers in the US “could impose hefty penalties on employees who decline to participate in genetic testing as part of workplace wellness programs” if a proposed bill is passed. 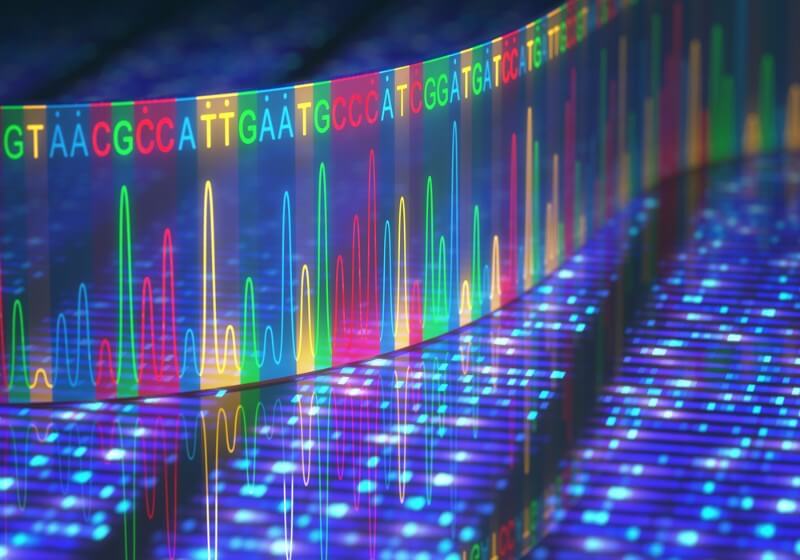 Though it is quite easy to interpret a single mutation such as BRCA, there are far more variables to account for in the oncology field. A study of more than 1,000 colorectal cancer patients at the Dana-Farber Cancer Institute has revealed that “about 10% in total show mutations in genes thought to increase the susceptibility to cancers.”

Thanks to new improvements, we are now able to consider dozens of genes at the same time. But this comes with a challenge. “Results of genetic testing are increasingly complex and difficult for those without genetics expertise to interpret correctly,” Dr. Allison Kurian from Stanford University told Reuters Health.

Companies are trying to overcome these difficulties by developing automated analysis, such as the famous IBM Watson for Genomics that analyzes genetic variants based on the whole scientific literature available, though so far such an approach has not reached a sufficient clinical level of evidence to be used in routine practice. Sophia Genetics is also building on the promise of data-driven medicine that began with DNA sequencing by helping clinicians adopt the most advanced genomic data analysis to better diagnose and treat patients.

Multigene diagnostics are now reaching the stage of industrial scale-up, making these tests more reliable, sensitive, sensible and highly reproducible. Thanks to multi-gene testing, physicians can now predict the risk of recurrence or adapt treatments for a higher response rate and lower toxicity. For example, the gold standard treatment for patients with HER2+ breast cancer is Roche‘s blockbuster Herceptin (trastuzumab), the third of the best-seller drugs of 2016. 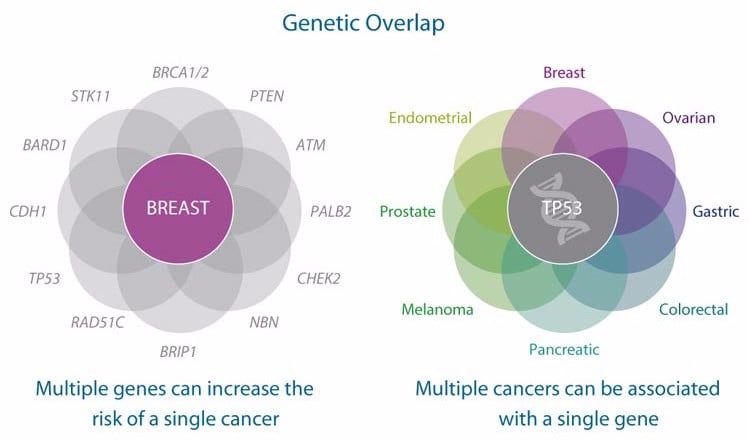 Another example is Genomic Health, in the US, whose OncotypeDX analyzes the activity of a group of genes that can affect how a cancer is likely to behave and respond to treatment. Having been on the market since 2004, it has amassed a hefty evidence base with over 700,000 users.

In Europe, this and other tests like Nanostring’s Prosigna or Myriad’s Endopredict are performed either by private or public institutions and cost around €2,000, with different quotations in each country based on their individual health insurance systems.

Startups, such as the Belgian OncoDNA, which combines an innovative test and data analysis, could offer solutions to reduce the price. The team at US-based Color Genomics wants, in the words of the CEO, Elad Gil, to “democratize access to genetic testing.” The company plans to charge 230€ ($249) for an analysis of BRCA1 and BRCA2, plus 17 other cancer risk genes. That is one tenth the price of many tests now on the market. The recent expansion of high-throughput technology platforms including low-cost sequencing of circulating and tumor-derived DNA and RNA and rapid quantification of microRNA offers further opportunities to build extended pattern across multiplatform data.

The recent expansion of high-throughput technology platforms, including low-cost sequencing of tumor-derived DNA and RNA in the blood and rapid quantification of microRNA offers further opportunities to build extended pattern across multiplatform data.

On the other hand, while more genetic changes can be identified with whole exome and whole genome sequencing than with select gene sequencing, the significance of much of this information is still unknown. Because not all genetic changes affect health, it is difficult to know whether identified variants are involved in the condition of interest. I don’t doubt genetic testing in oncology has a promising future trying to solve these challenges.