How can entrepreneurs work with investors to maximize the chances of their company succeeding? Venture capital partner Nanna Lüneborg and biotech entrepreneur Mai-Britt Zocca spoke at Labiotech Refresh in Copenhagen about their experiences in founding IO Biotech, a Danish biotech startup that develops cancer immunotherapies.

Zocca and Lüneborg were both involved in setting up IO Biotech in 2014, except from different sides of the negotiating table. Zocca as the founder and CEO, and Lüneborg as partner at the Danish venture capital firm Novo Seeds, which invested in IO Biotech when it was founded.

Zocca has an entrepreneurial background, having been involved in founding several biotechs in Denmark. She decided to spin out IO Biotech from the University of Copenhagen after seeing potential in a vaccine technology that could prevent tumors from suppressing the immune system.

For Zocca, an important step to secure the success of the biotech startup was inking a deal with the technology transfer office at the University of Copenhagen early on. The deal let IO Biotech snap up all of the cancer vaccine targets developed by the academic researcher Mads Hald Andersen, the company’s scientific founder, before anyone else could.

“I think that was important not only for IO Biotech as a small company, but also for the competition that we could foresee coming up with all the other targets that our scientific founder is very eager to bring to clinical testing and eager to commercialize,” Zocca said.

According to Zocca, Novo Seeds’ backing was helpful to securing this deal, and ever since, the deal proved to be an important attraction for Novo Seeds. 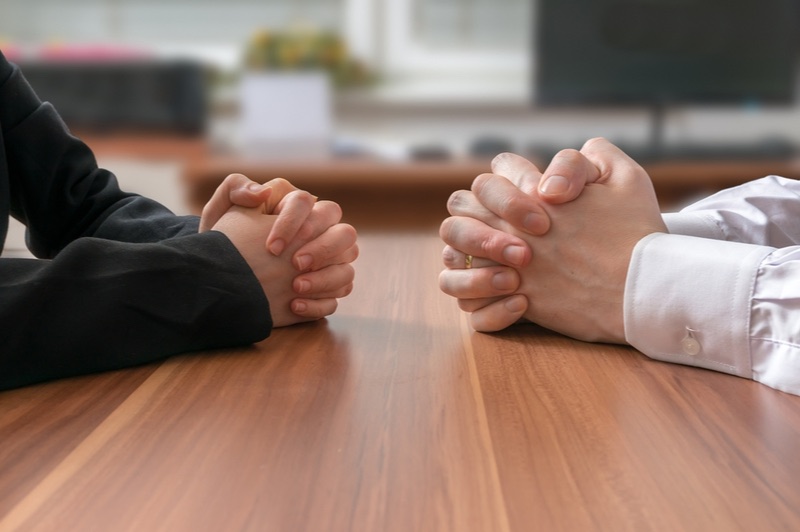 For Lüneborg and Novo Seeds, another attraction was IO Biotech’s lead candidate treatment. This is a therapeutic vaccine for non-small cell lung cancer that activates a type of immune cells called anti-regulatory T-cells. Once activated, the cells attack tumors and immune cells suppressing the immune response against the tumor. The treatment already had a small clinical study backing its effect in 15 cancer patients.

“When we started looking at IO Biotech as an investment opportunity, it was an unusual situation in that there was already a published paper with clinical data,” Lüneborg recalled. “There were already very encouraging clinical signs of efficacy.”

Novo Seeds’ investment was also driven by the strong founding team of which Zocca was part of. In addition, the popularity of the field of immuno-oncology in the biotech industry was beginning to skyrocket.

“If you just look at clinicaltrials.gov and look again after one month, there’s an explosion of new trials,” Zocca remarked. “[Immuno-oncology is] a rapidly-growing field and fierce competition exists.”

Once the investment was made and IO Biotech had launched, the main challenge for Zocca and Lüneborg was to build up the evidence to back IO Biotech’s lead vaccine candidate.

“Obviously, it’s always hard to really draw solid mechanistic conclusions on the basis of such a small dataset,” recalled Lüneborg. “To generalize how this mechanism would work in a broader population was kind of impossible.”

Over the next five years, IO Biotech would build up more preclinical data on its lead vaccine candidate. In 2018, it teamed up with the US big pharma MSD, or Merck, and launched a phase I/II trial in more than 100 patients with metastatic non-small cell lung cancer that is expected to finish in 2022. To help fund this trial, IO Biotech raised a Series A round of more than €11M in 2016, with Novo Seeds as one of the investors.

According to Zocca, IO Biotech’s seed funding five years ago would likely have happened differently nowadays. Since then, the amount of funding available to Danish biotech companies has grown significantly.

“We founded IO Biotech with an investment of half a million. Today, that would actually be considered very, very little money,” Zocca commented.

Both Zocca and Lüneborg have accumulated experience in founding biotech startups in the last five years since the founding of IO Biotech. For example, Zocca is confident that she could have negotiated more out of the investors at the start with the knowledge she has now.

Lüneborg moved to Novo Ventures in 2016, which has a broader investment focus than its partner company, Novo Seeds. One important lesson that she picked up is that the relationship between investors and entrepreneurs is quite different in early-stage and late-stage companies.

“When you’re investing early-stage, as with IO Biotech, it’s actually a much more involved process. You’re much more thinking together as a team,” she explained. “That is a little bit different when you’re coming into the company as a late-stage investor where a lot more of the work is done upfront.”

For Lüneborg, it’s essential that entrepreneurs have a firm preclinical evidence base for their treatment, and preferably clinical evidence. However, some biotech startups working in the ‘hot’ therapeutic areas such as gene editing companies may get more slack.

“With the right team and right story, it would still be possible for some of these companies to raise huge amounts of money or at least build a very successful story,” she said.

Both interviews were filmed and can be foun on our YouTube channel: