Jennie Ekbeck has taken on the challenge of building Europe’s best life science incubator in Umeå, a small town in northern Sweden.

Jennie Ekbeck became the CEO of the Umeå Biotech Incubator in 2012. Before that she was the CEO of a probiotics startup called Probac.

“The reason why I applied to be the CEO of the incubator was that we did a lot of mistakes when we were running our startup,” Ekbeck told me. “My goal was to build an organization to help companies question their business idea, their techniques, their data — everything.”

One of the challenges Ekbeck encountered at the startup was raising enough money to actually grow the company. “We were like a car going uphill that had hit the break; we had enough money to stand still, but not enough money to go over the top and downhill.”

Raising the amount of money needed to grow a biotech company in a town of about 100,000 inhabitants located far from Europe’s biotech hotspots, can be a big challenge. Still, Ekbeck had the vision to build the best life science incubator in Europe.

“The most challenging thing in the beginning was to get everyone on board with the vision. At that time, no one believed in me. I was only 33 years old when I became the CEO, I didn’t have any big corporation experience, and I didn’t have investor experience. I just had a vision of what I wanted to build.”

She has been proving people wrong. “They told me it was not possible to attract the sums of money the companies needed; we built a financing step within the incubator and helped companies package their ideas, and then, they attracted the money they needed,” Ekbeck said. She also managed to get about €1M to help researchers turn their research into businesses from the renowned Erling-Persson Family Foundation. “People told me that that was totally impossible – I proved them wrong.”

Ekbeck’s strategy to build a successful incubator in Umeå has been to adapt to the specific needs of the region. “If you compare us to incubators in Silicon Valley or in Boston, the difference is that there are so many people there, so it’s so much easier to cherry-pick the right people,” Ekbeck explained. “You can’t build an incubator around that here.”

Instead, Ekbeck has focused on transforming people into entrepreneurs. One example was the company InfiCure Bio, one of the success stories to come out of the Umeå Biotech Incubator.

“The CEO of InfiCure was a PhD student when she came through the door. If I had told her then that in four years, she was going to be a CEO of a startup, she wouldn’t have believed me,” said Ekbeck. “During the incubation process, we built her knowledge and experience, and when the company was formed and they wanted a CEO, she was the natural choice.” 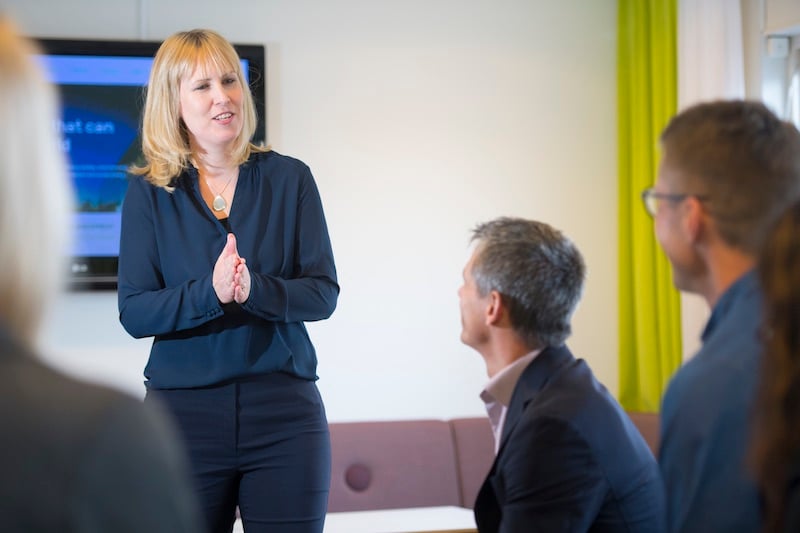 Ekbeck believes being located in a small, remote town also has its advantages. “We are up in the North Pole by the icebergs, so it’s quite challenging to develop these types of ideas when you’re so far away from hotspots like London, the Netherlands, Germany… places where you have so many more people and resources.”

“Because we are not in the middle of everything, we really need to be great at networking,” she explained. “The best companies to collaborate with are often not within your city. If you are in a mid- or a large-size life science city, you might not go over the border. That could actually be holding companies back.”

In the end, what’s most important is to be able to work with what you have. “An incubator needs to take the shape that the region needs you to take,” she explained. “As the industry grows we will have more large companies around us and we will need to change.”

How to build a successful biotech startup

Regardless of the location, building a biotech startup is difficult. “I think the biggest challenge within life science is the slow pace. An entrepreneur in the ICT sector can start in their 20s; by the time they are 30, they can have started five to ten companies. Within life science, you are very happy if you have started one.”

Ekbeck believes successful companies are not lucky, but strategic. The goal of the Umeå Biotech Incubator is to help each company come up with the right strategy by asking the right questions.

When a company joins the incubator, the first step is to figure out what they have in place and what they don’t. The incubation process is customized to address the specific areas the company needs support in.

According to Ekbeck, the one thing where most need help is in understanding the customer. “Researchers often feel that they have this great idea that’s going to sell itself.” But that is not always the case.

“From day one, we send them out to talk to customers because we really need them to confirm the customers’ need – what problems the customers have and what demands they have on the solution to be able to implement it.”

One of the companies at the Umeå Biotech Incubator working on cancer diagnostics figured this out after interviewing numerous clinicians. “The need was there. They were screaming after solutions. But the company couldn’t get the results in the time frame the clinicians needed,” said Ekbeck. “They could get the results, let’s say, within 45 minutes, but the clinicians said that the window of opportunity was a maximum of 15 minutes.”

The company was terminated. But this was not a failure in the eyes of Ekbeck. “We help [entrepreneurs] close their darlings early, so we are not pushing things that are not going to be successful… If you close the door on one project, you can open a window to a new one. Creative minds always find new ideas to develop, so you help them come up with new ideas by helping them close something.” 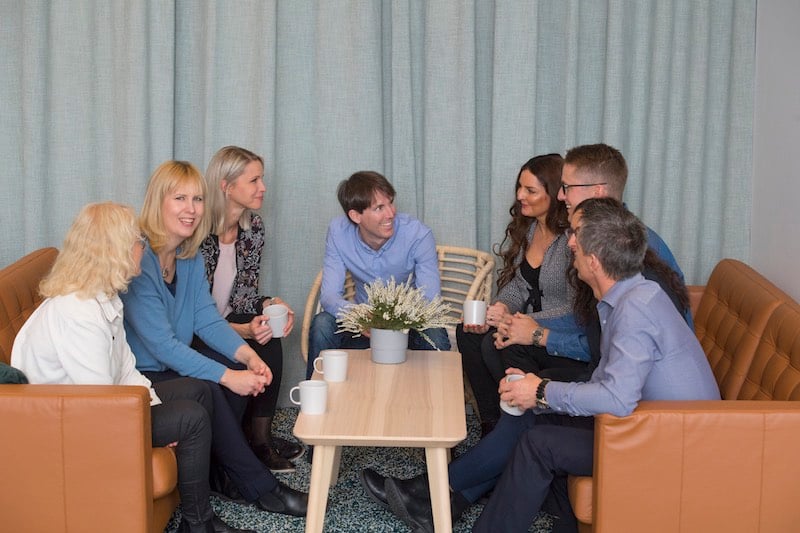 Another area where companies struggle is sticking to their business plan. For that reason, the incubator has the policy of providing support to companies until one year after they have received seed funding.

“We have seen that companies that attract seed investment don’t develop the way they intended in their business plan. The reason why, when we’ve done the analysis, is that it’s quite exhausting to attract investor money. You have spent a year-a year and a half attracting a lot of money and then, you feel safe,” Ekbeck explained.

These companies can become lazy, not making the most of their resources from day one. “It costs money to be lazy in the beginning, because you’re not going to have that type of money later. They have this big cake they can’t eat; we help them start chewing it and prioritize in order to help them reach their first milestone.”

The Umeå Biotech Incubator has been actively looking into what makes a successful founder by interviewing entrepreneurs across different industries. “One key thing that we saw among them was their ability to collect a lot of information, their ability to have big ears. They can use that information to calculate where they have hurdles so they can really go around them.”

“We set a goal in 2013 that we were going to be the best life science incubator in Europe by 2023,” said Ekbeck. “The best incubator is the most efficient in helping startups attract money and giving them the tools they need to grow. Maybe we don’t have as many companies as the big cities have, but the companies that we support are very, very high quality.”

For Ekbeck, this means keeping herself in check constantly. To never do things just because they have always been done that way. “If you live in an innovative environment, supporting innovative startups, you always need to be innovative yourself and question yourself to be as relevant as possible for the companies you support.”

“I’m an entrepreneur myself. If I wasn’t doing this, I would probably run a startup. But then, I would only have one company that might be successful. By being the CEO of the incubator, I have 20-30 companies that might have the ability to grow and I can build an industry.”

Others have been telling Ekbeck for years that this is an impossible task. She has taken it as a challenge. “I love to prove people wrong when they tell me ‘it’s not possible.’ There’s so much energy in that, I really love it actually!”