The American Association for Cancer Research (AACR) met up in Atlanta, USA, to showcase the newest advances in cancer treatment from around the world. Sit back as we give you a quick rundown of the most interesting presentations from European organizations working to improve the treatment of cancer.

The CAR T-cell therapy made the majority of patients go into remission, with 6 out of 10 still alive five months after the treatment. In addition, the cancer treatment did not induce any severe cases of cytokine release syndrome, a potentially life-threatening complication of CAR T-cell treatments currently on the market.

Most notably, a team from the University of Athens compared Angle’s technology with an antibody-based technique in patients with head and neck squamous cell carcinoma. The goal of the comparison was to find the best method for detecting patients that will respond to checkpoint inhibitor drugs, a type of immunotherapy in cancer.

Angle’s technique identified twice as many patients (9 out of 50) that were eligible to receive checkpoint inhibitors as did the antibody-based technique (4 out of 50). The detection rate of Angle’s technique corresponded better with the expected rate of patients responding to these drugs, which is around one in five. The technique could help with better targeting of cancer treatments to the right patients. 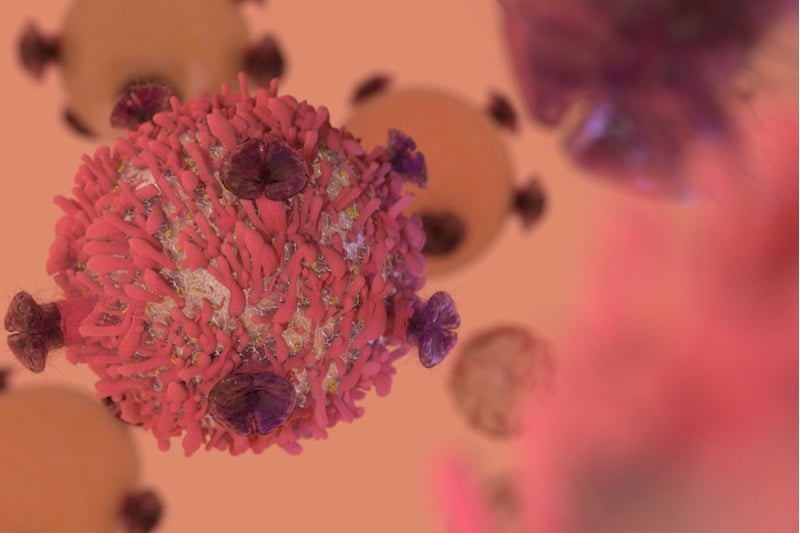 The French biotech Carthera presented the final results of a phase I/IIa trial testing an ultrasound implant in patients with glioblastoma multiforme, one of the most aggressive and difficult to treat forms of brain cancer.

The 19 patients in the trial were given chemotherapy along with Carthera’s ultrasound therapy, which lets cancer drugs access the brain by disrupting the blood-brain-barrier.

The AACR also saw the latest results from the French biotech Nanobiotix, whose injected nanoparticle treatment enhances the effect of radiotherapy. This has recently become the first radioenhancing therapy to be approved in Europe for the treatment of soft tissue sarcoma.

According to a poster presentation at the conference, Nanobiotix’s treatment has shown preclinical promise for other forms of cancer, including treating breast cancer and as a combination of the radiotherapy enhancer and a checkpoint inhibitor for lung cancer.

The UK biotech MiNA Therapeutics presented preclinical results for an RNA drug that is designed to enhance the effects of other cancer treatments. When given with this RNA drug, the cancer drug sorafenib shrunk liver tumors in mice more than sorafenib given alone. The RNA drug is currently being tested in phase Ib in patients with liver cancer.

MiNA also tested the RNA drug in a triple combo therapy with a checkpoint inhibitor drug and radiotherapy in mice with liver cancer. Mice given the combo cancer treatment had almost zero growth of their tumors, indicating a promising lead for MiNA in future.

Having flown in from Norway, the company BerGenBio presented its progress developing first-in-class drugs that target AXL kinase, a protein that is overexpressed in some cancers, including breast and lung cancer. BerGenBio’s candidate is currently in phase II for the treatment of non-small-cell lung carcinomas. According to one of the AACR presentations, BerGenBio’s drug is also showing promise for treating pancreatic cancer in preclinical experiments.

Other interesting cancer treatments were showcased from around the world, such as CAR T-cell therapies treating solid tumors such as mesothelioma and sarcoma in US phase I trials, and an oncolytic virus showing promising results in treating esophageal cancer when paired with radiotherapy in a Japanese phase I trial.

The AACR conference features cutting-edge cancer research, and we were only able to cover a small selection. Stay tuned for updates on cancer treatment developments from the European oncology space!