A test for sepsis developed by the Swiss diagnostics company Abionic was able to predict within just five minutes which intensive care patients are likely to develop sepsis in a clinical study.

In the pivotal study, Abionic trialed the blood test in 300 intensive care patients with a high risk of sepsis. Abionic found that the test was able to identify the majority of sepsis cases in just five minutes with a drop of blood, meeting the goal of the study. With detailed results of the trial due in 2020, Abionic will soon launch an additional trial in the US to seek FDA approval.

“[The study] confirms the superiority of our solution, and we expect this to be a real game-changer in the way patients are diagnosed with regards to sepsis,” Boris Iseli, the CFO of Abionic, told me.

Sepsis is a potentially fatal condition caused by the immune system overreacting to a blood infection. Sepsis needs to be treated with antibiotics or surgery as quickly as possible to maximize the chances of survival, but current blood tests often take up to 24 hours to return results. Diagnosing sepsis early could therefore allow physicians the crucial time required to treat the condition.

Abionic’s test was first approved in the European markets in 2017 for the management of sepsis. The test measures the blood levels of a biomarker called pancreatic stone protein. The blood levels of this protein are known to increase more quickly in sepsis than biomarkers used in other sepsis tests.

Abionic’s test consists of a portable device with disposable capsules containing immobilized antibodies that capture pancreatic stone protein from blood samples. The amount of protein captured by the antibodies is measured using fluorescence and can return results within a few minutes of taking the blood sample. 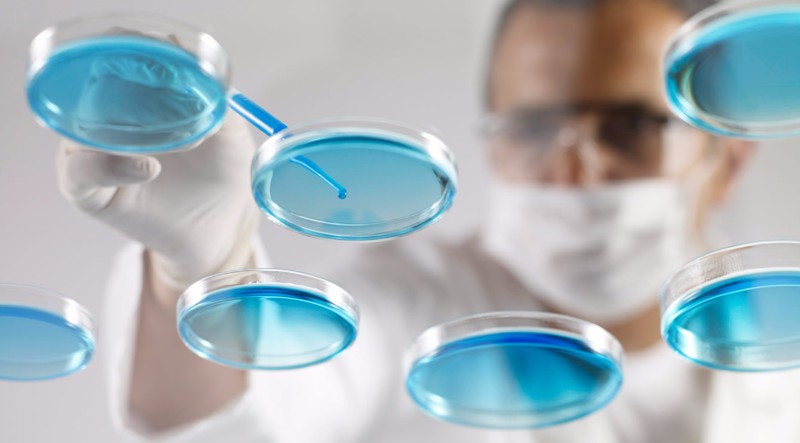 “Considering the speed at which sepsis develops, and the fact that survival rates decrease by 8% every hour the treatment is delayed, this marker has the right profile for being used for first-line diagnosis,” Iseli said.

A disadvantage of Abionic’s test is that it’s not designed to detect the exact pathogens responsible for the infection. This information helps the physician to select the most effective antibiotics, which could help to prevent the emergence of antibiotic-resistant superbugs.

Other biotech companies in the field are tackling this challenge. For example, the UK biotech Momentum Bioscience is developing a diagnostic test that could detect the pathogens behind sepsis within a day, rather than the several days that it takes current diagnostics. The German company Curetis also markets a molecular diagnostic test that can screen for a range of pathogens and return results within several hours.

Based in Lausanne, Abionic also markets its test to rapidly diagnose other conditions such as cardiovascular disease, blood clotting disorders, and traumatic brain injury.