A new immune modulator to treat Inﬂammatory Bowel Diseases (IBD) is the lead asset in development at Alma Bio Therapeutics. We had the opportunity to meet up with the company’s co-founder and CEO, Binah Baum, to hear more about their fresh approach to treating IBD and other autoimmune diseases.

Binah Baum, another female leader in Biotech, has clocked 30 years experience in the startup segment of the biopharmaceutical industry. She has nurtured companies from all approaches as a venture capitalist, bioincubator manager and, now, CEO. Baum recently teamed up with leading immunologist Irun Cohen to found Alma Bio Therapeutics in December 2013.

The approach to therapeutic development taken by the company’s team is based on insights into the mechanisms of immune system tolerance from Irun Cohen’s research. For his contributions to the understanding of autoimmunity and immune regulation, Cohen earned the Lifetime Achievement Robert Koch Award.

Alma was founded to translate that new knowledge into therapies that address the underlying causes of autoimmune diseases. We wanted hear more about the therapy striving to become the new star in the IBD sky.

When Irun and I realized the potential for a new technology platform based on his discoveries coupled with an emerging drug delivery technology, we actually funded the ﬁrst three years of animal studies and patent applications out of our own pockets.

We were soon reassured by the preclinical results, and during that time, we were also able to obtain several patents, which eventually led us to found the company in 2013 with a group of committed business angels. When Lyon opened its doors to us, we saw a great opportunity, as the area is a highly synergistic habitat for young companies. We quickly established a fruitful working relationship with a manufacturer, Delphi Genetics, to generate our DNA plasmid based product. 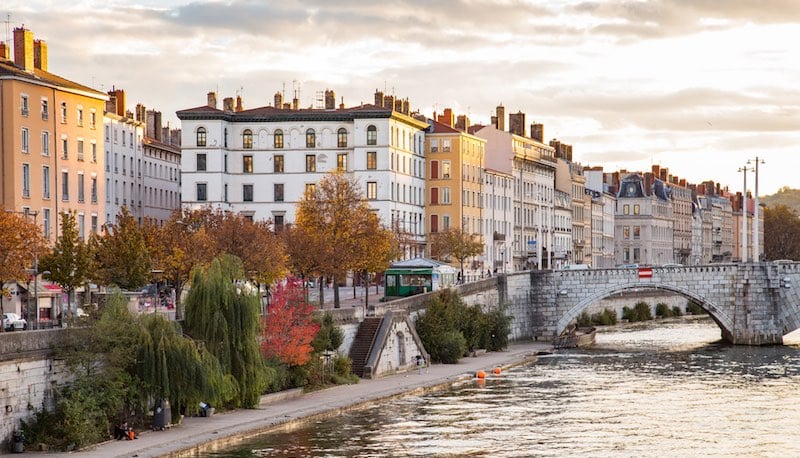 Your technology aims to reinstate Immune Tolerance. Why did you choose IBD as an indication?

IBD is an indication with a major unmet need. While current treatments help patients to manage disease symptoms, they are not able to cure the disease. They usually work by suppressing inﬂammatory signalling pathways, thereby lowering the inﬂammation and prolonging the intervals between consecutive ﬂare-ups of the disease.

Moreover, patients can become unresponsive to treatments over time. IBD is a chronic disease, requiring sufferers to use medication throughout their lifetimes. Therefore, there is a great need for new therapeutic approaches. Being a young start-up company, we saw a major opportunity to help those suffering by developing a new therapy in this ﬁeld. 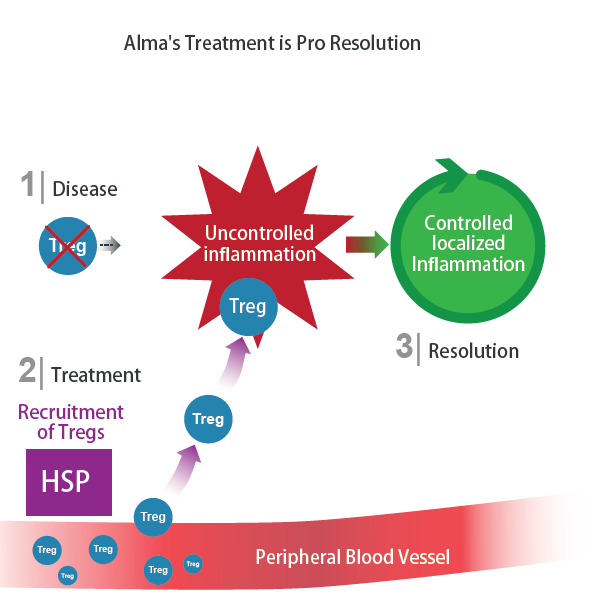 Of course, once we can demonstrate safety and eﬃcacy of our treatment in humans, we are hoping to apply it to other autoimmune conditions as well.

So how does your technology work?

The immune system defends the body and maintains its wellness, whether it’s healing a wound, removing cancer cells, or fixing a broken bone. To do so, the immune system monitors the body uninterruptedly and if necessary, it initiates a local contained inflammatory response as a corrective action. Powerful regulatory white blood cells known as Tregs keep this corrective action under strict control to maintain ‘self-tolerance’.

An autoimmune disease is generally associated with a loss of ‘self-tolerance’ of the immune system. Treg are dysfunctional and therefore, the local inflammatory response continues unchecked, causing damage to healthy tissue. In the case of IBD, the gut is the target of the inflammatory reaction. Alma’s therapy aims to restore ‘self-tolerance’ selectively.

How did it all begin? The self-regulation of complex biological systems led Professor Cohen to ponder the mechanism by which Tregs themselves are regulated. He asked, “Who regulates the regulators?” His research revealed that heat shock proteins (HSP), which are over-expressed under conditions of stress like inﬂammation, regulate the immune system. .

Importantly, the expression of HSP in peripheraltissues surges in response to inflammation anywhere in the body; Subsequently, HSP boosts and directs potent regulatory T-cells circulating in the blood stream toward the inﬂamed tissue to reinstate self-tolerance.

Regulatory T cells have become a hot topic for the treatment of autoimmune diseases. Can you comment on how your technology is changing the ﬁeld?

A lot of research has been done in the ﬁeld of antigen-speciﬁc and T cell therapies. The patient’s own regulatory T cells are isolated from the blood and boosted against a particular antigen known to trigger autoimmune responses. Several clinical trials using such autologous T cells are currently running, but no product has received approval yet.

A major challenge for therapeutic development is that autoimmune diseases usually involve several self-antigens, which are recognized by the immune cells. Yet in most cases we don’t really know which self-antigens are actually recognized in a particular autoimmune disease. Since each disease has its own unique repertoire of self-antigens, key opinion leaders like Stanford’s Larry Steinman hypothesize that targeting one single antigen will not suﬃce to re-induce thorough self-tolerance.

Our therapeutic approach is different because HSP injected at a peripheral site is closer to  a Treg vaccine that recognizes a patient’s specific repertoire of self-antigens: it distinguishes between these and the “correct” ones to act only when required. To us, our technology is self-limiting which contrasts with expanding the patient’s T-cell population. We feel the self-limiting characteristic of our approach will be beneficial when assessing to the safety profile of the drug in patients.

It was great chatting with Binah about how Alma is moving beyond the symptoms to address the underlying cause of autoimmune diseases. There are more than 90 of them affecting over 100M patients worldwide, at least 20M of which are in Europe!

Alma’s therapy to help them is one year from Phase 1 human studies, and the company is now looking to raise €5M to complete preclinical regulatory studies and Phase I. Help Alma reach its goal via the company website or Wiseed if you’re French!