A team of European researchers applied CRISPR-Cas9 gene editing technology to engineer cassava plants that produce a modified type of starch, in demand for both cooking and industrial processing.

The team also managed to speed up the flowering of the plants by introduction of a gene from Arabidopsis plants, which they hope will allow more efficient plant breeding under greenhouse conditions.

“Cassava almost never flowers in the greenhouse and seeds yields are dismal compared to other important crops,” Hervé Vanderschuren, a researcher on the project based at the University of Liège, told me.

“To overcome this problem with cassava, we designed a cassette that not only contains the genes required for specific gene editing, but also a gene from Arabidopsis that triggers blooming of cassava even in the greenhouse. So, whilst the CRISPR tool is busy editing the target gene, the plant is also maturing and quickly producing flowers.” 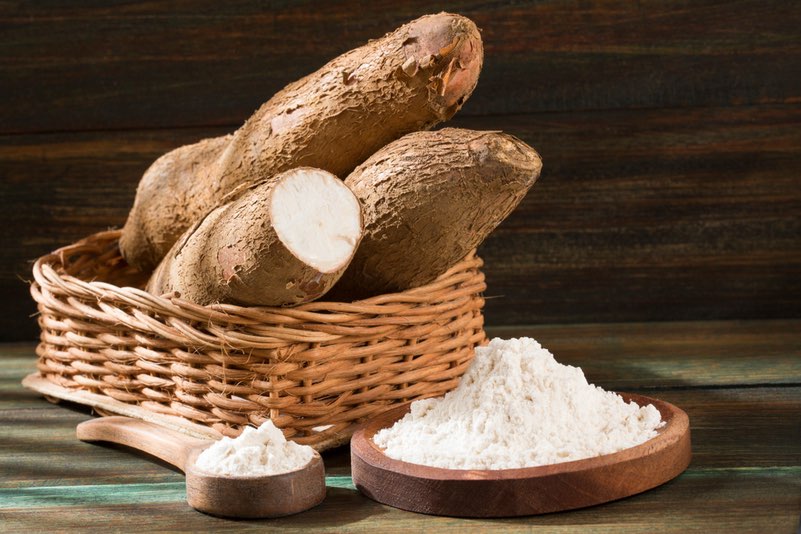 Cassava (tapioca in its dried, powder form) is native to South America and is an important source of dietary carbohydrates for large areas of the world. It is grown mostly in tropical areas, such as Central and Southern America and Africa, due to its ability to resist drought. It has also gained attention due to the fact it is gluten free, which has made it popular in Western countries as an alternative carbohydrate source.

All starches contain amylopectin and amylose in different amounts, which impacts properties such as gel formation and digestion. As reported in the journal Science Advances, the Swiss, Belgian and English research team used CRISPR to edit two genes involved with amylose production in cassava — GBSS and PTST/PTST1. This resulted in the growth of plants producing varying types of starch including a low amylose variant.

Low amylose or ‘waxy’ starch has a number of desirable properties, such as needing a lower gelatinization temperature and having a higher viscosity in foods. It also has possible applications for non-food purposes such as use as fillers and reinforcing agents in polymer composites.

“All plants had inherited the edited gene, and a proportion of them also lacked the introduced cassette required for CRISPR-Cas9 editing and early flowering,” explained Vanderschuren. “Therefore, we were able to produce cassava with the required gene edits, leading to an improved trait, and without any transgenes.”

This is something that is a key consideration for plant scientists and green biotech companies after the recent restrictive gene editing ruling by the EU’s Court of Justice.

While the current research is at an early stage, the researchers believe their technique has the potential to be used on a wider scale.

“If adopted, this tool should help accelerate breeding programmes in countries where cassava farming and cultivation are vital for livelihoods and trade,” noted Vanderschuren.

“Our next step is to work with collaborators to test the agronomic potential of these new plants in fields, as well as contribute to knowledge and tech transfer to the countries where this system will be most beneficial.”