Researchers at the University of Borås, Sweden, are undertaking a project to turn food waste into new materials, fuel and food by growing fungi.

The accumulation of waste and the depletion of natural resources are two big environmental problems. Fungi could help us tackle both by transforming waste into useful materials.

Swedish researchers are looking into developing different processes to grow fungi by feeding on industrial food waste. In particular, they will be using an edible type of fungi called ascomycetes to produce a range of different products.

“It will be a climate-smart protein that can look like, for example, ground beef. But we will also work on producing pigments, bioplastics, animal feed and ethanol,” stated Mohammad Taherzadeh, Professor at the University of Borås and leader of the project.

The first three products the team will look into will be for the production of food, fish feed and ethanol.

The starting material will be waste from bakeries, ice cream factories, breweries, feed companies and food stores. The researchers will divide the waste into three categories according to how ‘pure’ the starting material is and research recycling processes suitable to each one.

“These wastes are normally mixed with other food wastes and treated differently in various countries, such as landfilling and composting, and here in Sweden, mostly for biogas. We are mimicking nature using the fungi to convert these wastes to other products,” Taherzadeh told me. 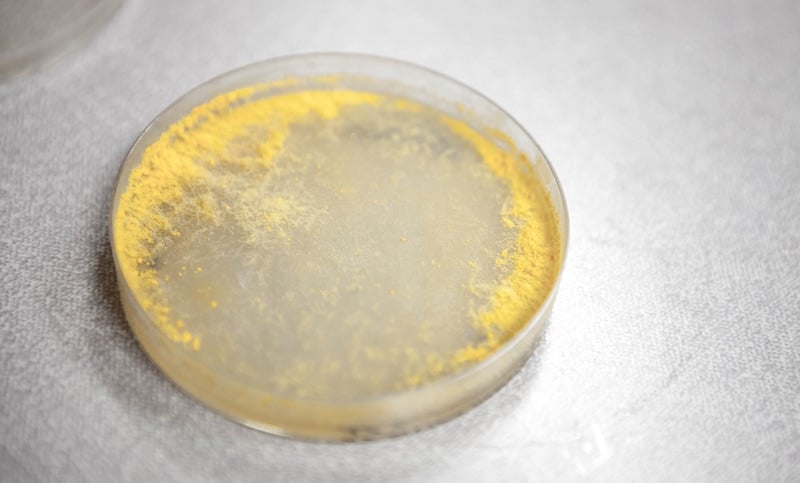 The project, funded with close to €2M from the European Regional Development Fund, will also involve the Chalmers University of Technology in Gothenburg, Sweden, and 18 Swedish companies that work in the processing of food, feed, and biofuels.

The recycling of waste materials, not only from the food industry but also from forestry and agriculture, is gaining traction. However, according to Taherzadeh, most of the processes being developed to date are limited to producing biofuels.

“The difference is that we can develop new materials and not only solely use the waste products as an energy source. Many materials will be scarce in the future and our process can play an important role,” said Taherzadeh.

The Swedish researchers are planning to build a fungi center in Borås to boost research into fungi in the long term. “We have most of the equipment and expertise in place, with more than 20 years of experience with such fungi,” Taherzadeh told me. “The plan is to serve all the companies and organization who are interested to do something with fungi.”

Fungi are a promising source for sustainable materials. The UK startup Biohm is developing methods to build construction materials out of fungi. In the Netherlands, designers are looking into using fungi to manufacture clothing, furniture and other everyday objects. In addition, companies like GroCycle and AN25 in the UK are working on methods to grow edible mushrooms out of coffee waste.