This could be a HUGE game-changer for Europe’s research on stem cells, and more broadly Gene Editing…. 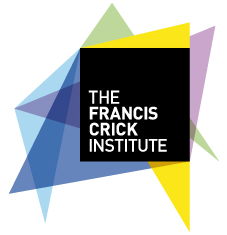 The UK is now the first European (almost European) to approve it.

This decision emanates from the UK regulatory body Human Fertilisation and Embryology Authority (what a catchy name) which has finally granted authorisation to researchers at the Francis Crick Institute (led by Kathy Niakan), who could start within the next few months.

The goal is to more deeply understand the genes human embryos need to develop successfully (and from experience, it’s hard to understand a biological process without being able to play with it).

And in this way, it makes sense to allow the use of CRISPR.

This technology makes it radically simple to edit genes. As Andre Choulika (CEO of the French CAR-T biotech, Cellectis) puts it in his own words in a Fierce Biotech interview:

“Any stupid guy can design a CRISPR, even Brad,” he says, pointing to his PR man sitting nearby and flashing another grin. And ultimately, the use of this technology will need to better understanding of IVF success rates and so be beneficial for human being. “It’s cheap to design and quick to design; one week and 10 bucks.”

Any academic researcher can order CRISPR online and become a gene editor.“

One (obviously) big issue with undertaking research with human embryos is to know whether the foetus is already conscious. As clearly highlighted, the research is ongoing only from a single cell embryo up to 250 cells – and this cap is at such an early-stage of development (14 days – i.e. Carnegie’s Stage 6 in Human Development) that the embryonic mass is mostly constituted of stem-cells, and not actually at all fetus-like.

After this, controlled destruction – afterall, this mass is basically just a layer of cells, almost completely invisible to the naked eye..

However, the second big issue is the Usage of this research.

Here again, it’s clearly stated that all the embryos can only be used for research purposes and not for treatments. These embryos will be sourced from donation of patients that have surplus to their IVF treatment.

I personally think this is great news for the development of our biological understanding of key pathways. If you look back in history, cloning of a plasmid was also forbidden for many years. Genentech couldn’t perform their research in the US (because interestingly the US were way more conservative than Europe). The company actually ended up doing their trials in France and Sweden.

When we look at cloning now, it seems obvious that it has to be allowed. Gene editing of human embryos for research applications might have the same outcome in few years and we would look back at this historic decision as an obvious one.