Antimicrobial resistance is predicted to kill more people than cancer by 2050. Is it possible to prevent it? At our Refresh Meetup in Berlin, I talked with Achim Plum, CBO of the diagnostics company Curetis, about what are our best bets to turn the tables in the fight against the threat of antimicrobial resistance.

The discovery of antibiotics changed medicine forever. Thanks to them, we can just brush off an infection that a century earlier could have been deadly. However, we have not always been using them correctly.

“We have a severe problem, and we are losing antibiotics as an effective weapon to fight resistance. We see more and more multiple drug-resistant bugs out there, up to the point that there are individual cases by now where all treatment options are basically gone. We had the case in the US a year back of a woman that was diagnosed with a severe infection. Out of the 16 possible therapies, 15 didn’t work and the one that could have worked wasn’t approved in the US.”

Currently, diagnosing an infection takes between 48 and 72 hours, since the procedure involved culturing samples from the patient on agar plates and waiting to see if they grow. “Now if you have a severely sick patient in the ICU with symptoms of a very severe infection, what can you do? You have to start treating,” said Plum.

Curetis did a 500-patient study evaluating whether they had received the right treatment before a diagnosis was available. “It turned out only 15 got the right therapy from the beginning — 15,” he remarked. “Two thirds were totally over treated, meaning we create resistance … plus side effects and so on. Twenty-something percent were undertreated and of those, 18 died. Probably 15 could have been saved with an earlier diagnosis.”

Reducing the time needed to obtain an accurate diagnosis could help physicians take the right decision to prevent both deaths and the spread of antimicrobial resistance. But how fast do they need to go? “We have to get it down to the hours,” answered Plum. “Molecular diagnostics methods can do that.”

Curetis has developed a diagnostics system where patient samples are loaded into a cartridge that can test for hundreds of pathogens, as well as for markers of antimicrobial resistance. The equipment has a sample to answer time of under five hours.

“I talk to a lot of intensive care unit physicians who say ‘ok, even if I have a patient with symptoms I would be prepared to wait for 4-6 hours before I start if I can then do it in a targeted way,’” said Plum. “You will also find physicians who say ‘well, if I had such a severely sick patient I won’t wait.’ … But at least I want to influence the second dose and do that in a more informed way.”

Plum’s vision of the future of diagnostics draws from the concept of precision medicine, which originated in the field of oncology. Patients with the same type of cancer get the DNA of their tumor sequenced to determine which specific therapy will be more effective for them. The same model could be applied to infections in order to determine which drug will be more effective and which won’t work because the pathogen carries a resistance gene.

“We do that already in HIV. We sequence part of the HIV genome, we have a reference database that is updated regularly and it tells you that you can use X or Y but you shouldn’t use therapy Z anymore. We just have to scale that up,” said Plum.

However, the number of variables — different pathogens, resistance mechanisms and available drugs — is very high compared to cancer. “It’s a real data challenge, but we have the tools. We just need to apply them in a smart way,” said Plum.

Ares Genetics, a subsidiary of Curetis based in Vienna, focuses on this problem. The company has a validated database of pathogen genomes and their antibiotic resistance profiles. According to Plum, it is the most comprehensive genetic database on antimicrobial resistance.

“We are now getting to a point where NGS becomes fast enough and integrated enough [that] the real challenge is not so much data generation but data interpretation. For that you will need a reference database with validated information.”

Although fast diagnostics based on molecular biology could make a big difference in the fight against antimicrobial resistance, the technology is still very new. Taking it from the labs to the hospitals is still a big challenge.

“We just went through an FDA study for Curetis for the first instrument and the first application,” said Plum. “Our first panel was for our standards a rather small panel, originally 40 assays. This was the most complex submission in that space the FDA ever had. They put 14 on their side against a team of 3 on our side to crunch the data.”

“We now want to scale to hundreds of pathogens in one assay. That becomes a challenge,” he added. “But the one lesson we learned in that process is that the FDA is extremely open to dialogue. … It took a while, but we got FDA approval.”

Another big challenge is funding. As Plum pointed out, in diagnostics the journey doesn’t end after getting approval. To sell the product, it is necessary to fund studies to create the evidence that will convince both doctors and health insurers to adopt a new technology. The company needs to show that the test does not only bring a medical benefit, but that it also saves money in order to be implemented. And although compared to developing a drug, diagnostics it’s fairly cheap — Plum estimates no less than €100M — investors might not be willing to spend that extra cash.

Although faster diagnostics will play a key role in the fight against antimicrobial resistance, the development of new drugs is also needed to keep up with the rapid rate at which pathogens develop resistance. Despite the big need for new antibiotics, they are mostly absent in the pipelines of big pharma.

“Antibiotics from a pharma perspective is a tricky business case. When you are successful you have that brand new drug and the best thing you can do it is not use it, shelve it until you really need it. That is a terrible business model for pharma companies. You wouldn’t expect too much innovation on that front happening,” said Plum.

However, he believes diagnostics can actually help pharma up their game in antibiotic development in several ways. The first is by helping select the compounds that are less likely to easily encounter resistance. 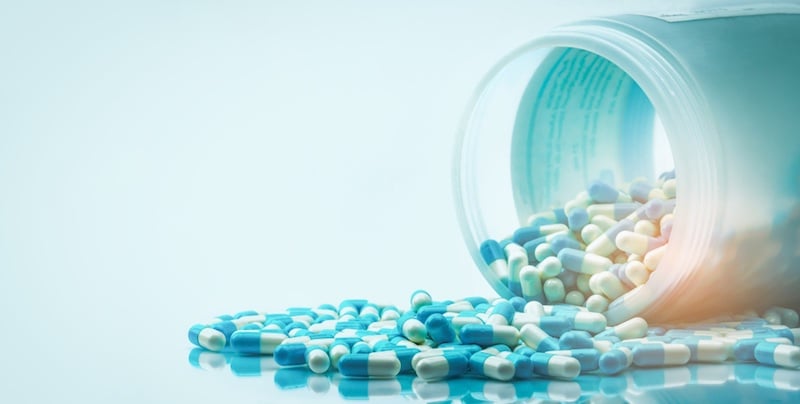 Currently, antibiotic development includes a step where the compounds are given in low doses to the pathogens to see if they acquire resistance. “Honestly that falls a little short, because the only thing you see here is the spontaneous mutations,” said Plum.

“The vast majority of resistances are probably derived from other microbes, not necessarily pathogens, by horizontal gene transfer. Suddenly, your benign soil bacterium transfers a resistance to a highly pathogenic bug, and that is very hard to foresee.”

With a database of antimicrobial resistance mechanisms across multiple species, it would be possible to predict the probability that a pathogen would become resistant to a specific compound.

Another way diagnostics could benefit drug development is in the recruitment process of clinical trials. “No doctor will wait for 3 days to get a result from microbiology to enrol a patient that is on a ventilator and has pneumonia,” said Plum. “If you have a rapid diagnostic that has a panel targeted drug testing for potential resistance mechanisms, testing for the right pathogens your drug is designed for, you can increase the enrolment rates, you can help making trials much cheaper, much more productive.”

Ultimately, it is about helping all players involved, from researchers to physicians, make more informed decisions that will make it easier to fight antimicrobial resistance from all fronts. With these efforts, it might be possible to prevent the grim prediction of antimicrobial resistance becoming the leading cause of death by 2050 from happening.

Watch the fireside chat with Achim Plum to get all the details of our conversation on antimicrobial resistance: