With the help of a huge €66M Series A round last week, the German startup T-knife is developing cancer T-cell immunotherapies with the help of genetically modified mice. However, this is just one of several cancer T-cell therapy startups making advances this year, with other innovations including off-the-shelf treatments and a potential universal cancer therapy.

The rise of Chimeric Antigen Receptor (CAR) T-cell immunotherapy was a major step forward in the treatment of cancer. CAR T-cell therapy consists of bioengineering a patient’s immune T cells to produce proteins called CARs. These proteins recognize targets on the surface of cancer cells, letting the T cells destroy them. However, CAR T-cell therapy is also limited against solid tumors since many cancer targets lie within the cancer cells, beyond the reach of the CAR proteins.

In the last few months, European startups have been making advances in T-cell receptor (TCR) T-cell immunotherapies, which could be better than CAR T cells at hunting down solid tumors. This is because the protein that is genetically modified on TCR T cells — the TCR — can recognize targets hidden inside cancer cells by scanning a protein on the cell surface called human leukocyte antigen (HLA).

While most TCR T-cell therapy developers tweak existing human TCRs in their cell therapies, T-knife sources its cancer-hunting TCRs from mice. The firm genetically modifies mice to produce fully humanized TCRs and injects them with human tumor antigens. The immune system of the mice then reacts to the cancer antigens and produces a variety of TCRs. After picking the best cancer-seeking TCRs from the mouse immune system, T-knife then expresses them in the patient’s T cells to produce the cell therapy.

“The mouse immune system is not tolerant of human tumor antigens – it sees them like a virus or a pathogen. Thus we can generate a strong immune response in the mice when we immunize them with human tumor antigens,” Elisa Kieback, CEO and co-founder of T-knife, told me.

According to Kieback, the company’s mouse-derived TCRs can latch onto cancer antigens more strongly and specifically than those of established TCR T-cell therapy biotechs such as Immatics and Adaptimmune. “We are letting the mice select the best TCR via a very natural in vivo selection mechanism which means they are less likely to have off-target reactivity,” she said.

T-knife exited stealth mode with the Series A round, which was led by the investment firms Versant Ventures and RA Capital Management. The company has already initiated the clinical development of a myeloma treatment and plans to sponsor a solid tumor trial in late 2021.

One drawback of cell therapies based on genetically modifying the patient’s own T cells is that the process is complex, costly, and must be tailored to each patient. To get around this issue, several European startups have been developing TCR T-cell therapies that use donor immune cells in an ‘off-the-shelf’ fashion, cutting the costs of the therapy.

One such company is the Norwegian startup Zelluna Immunotherapy, which raised €7.5M in equity funding and grants in June. The company aims to develop a TCR T-cell therapy based on cancer-hunting immune cells called natural killer cells. The company sees these cells as well suited for making off-the-shelf therapies since they have a lower risk of attacking the patient’s healthy tissue than T cells and are faster at killing cancer cells. 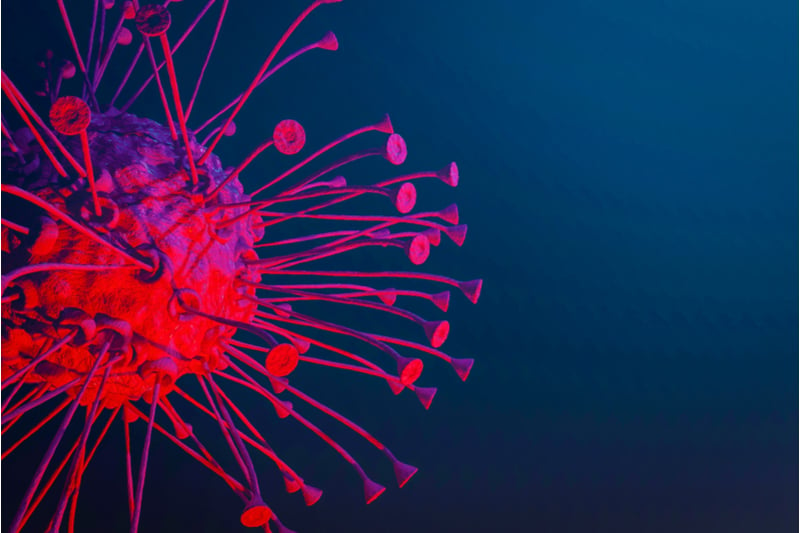 Another off-the-shelf TCR T-cell therapy in the works is being developed by the Dutch biotech Gadeta, which appointed a new CEO in April. It is working with the US company Kite Pharma to engineer T cells that produce TCRs from a rare type of T cell called gamma delta T cells. The TCRs from gamma delta T cells are better at recognizing stress signals on cancer cells than those of the more common type of T cells, called alpha beta T cells.

“Gadeta’s platform combines the key features of alpha beta T cells, such as the high proliferation and memory capacity, with the anti-tumor specificity and activity of selected gamma delta receptors, Marco Londei, the company’s new CEO, told me. “This novel T cell platform is perfectly placed for possible allogeneic off-the-shelf use.”

Gadeta is currently preparing to enter phase I testing for the treatment of multiple myeloma.

“In some patients, the innate ability to hunt and kill cells is compromised – either because of the cancer itself, other pathologies or age,” Michael Leek, CEO of TC BioPharm, explained.

This is no ordinary CAR T-cell therapy, however. TC BioPharm also uses the gamma delta T cells’ TCRs as a safety catch to avoid destroying healthy cells that happen to show a cancer target. The CAR protein recognizes a cancer target on the cell surface, but the gamma delta TCR only allows the cell therapy to kill cells that show signs of stress from cancer. This could make it much safer than current CAR T-cell therapies.

TC BioPharm initiated a phase I clinical trial for the treatment of the blood cancer acute myeloid leukemia last year. “The trial has progressed well; all qualifying patients saw a marked response to treatment with reduction of their tumor burden,” Leek told me. “We hope to progress this therapy to market around 2021-22.”

In addition to cancer, TC BioPharm has also joined a growing list of immuno-oncology companies testing the potential of its technology for the treatment of Covid-19, launching a phase I trial in July.

Though TCR T-cell therapies can target more types of cancer than CAR T-cell therapies, they still tend to be specific to particular types of cancers, and ineffective against others. “One cancer entity is oftentimes much more heterogeneous than initially thought,” Kai Pinkernell, CMO of Munich-based Medigene, told me. Could such a therapy target more than one cancer type?

In June, Medigene initiated a phase I clinical trial of a TCR T-cell therapy candidate for a diverse range of blood cancers. The treatment is designed to hit a target that they all have in common called HA-1. The trial is testing the treatment in patients that recently received a bone marrow stem cell transplant, but whose blood cancer has relapsed.

“[Our therapy] would improve the current gold-standard approach, being stem cell transplantation. Interestingly, this could work in many different diseases that were the reason for the transplant,” Pinkernell explained.

Another TCR T-cell therapy player aims to go even further with widening the range of treatments. In January, the London-based Ervaxx — recently rebranded as Enara Bio — entered a partnership agreement with the University of Cardiff to overcome a common limitation of TCR therapies: the HLA molecules that TCRs scan vary widely between patients, so TCR T-cell therapies need to be personalized to different patients.

To get around this obstacle, Enara Bio and a research group led by Andrew Sewell, Professor of Immunology at Cardiff University, are developing a type of TCR T-cell therapy that doesn’t scan HLA, but rather a protein called MR1, which is the same from patient to patient and is found on a wide range of cancer cells.

“We have various T-cell receptors that respond to most cancers without the need for a specific human leukocyte antigen that we are exploring,” Sewell told me.

By accessing a wide range of cancers and patients, this cancer immunotherapy could work universally with no need for personalization. The team aims to test the therapy in humans at the end of this year.

While a universal cancer therapy is an intriguing concept, Pinkernell thinks that we should be cautious in our expectations of seeing such a therapy. “The timing of the drug in the therapy of a cancer, or best ‘window’ of application is not easy to find,” he said.

T-knife’s Kieback echoed the skepticism. “For now, rather highly tumor-, target-, and patient-specific therapies will be required and emerge,” she said. Londei of Gadeta agreed and pointed out the complexity of cancer disease development. “Key challenges are understanding how tumors escape immunotherapies and how to find combination therapies to overcome this problem, for different types of tumors,” he added.

Sewell has a slightly more optimistic take. “I think it is a bit strong to say that there is potential for ‘universal’ therapies, but we can definitely build T cells that recognize most cancers from all individuals. I feel that there is a prospect for immunotherapy to be successfully treating most cancers within the next 25 years.”

Part of the reason for the unclear potential of TCR T-cell therapy is that it is at an early stage in the clinical pipeline. The most advanced TCR T-cell therapy programs haven’t yet gone beyond phase II, such as that of Adaptimmune’s lead candidate. However, the size of T-knife’s recent Series A round demonstrates that investors are interested in the future of the technology, so it’s going to be worth keeping an eye on the TCR T-cell startup scene in the coming years.