A small molecule drug, developed by the company Abivax for treating HIV, has also shown promise for patients with the inflammatory bowel disease ulcerative colitis, reducing the disease severity consistently for over six months.

Abivax tested the drug on patients with moderate-to-severe cases of ulcerative colitis, an inflammatory bowel condition that causes rectal bleeding and abdominal pain. Their disease had not responded to existing treatments. The 22 patients were given Abivax’s drug for six months. Prior to this study, the participants took part in a proof-of-concept 8-week trial and showed promising improvements, prompting the start of the longer trial.

Over the six months, the patients showed no serious side effects, and their disease symptoms improved. This long-term improvement distinguishes Abivax’s drug from existing ulcerative colitis treatments, such as the anti-inflammatory antibody therapies Humira and Remicade, which can become less effective over time.

“Humira’s an amazing drug,” Jean-Marc Steens, the Chief Medical Officer of Abivax, told me. “However, as we can see from these patients, it’s not just important that they respond initially, but also that there is a durability of effect. That’s why it’s so important to look at this in this type of maintenance study, to see if the effects continue or not.”

In addition, a well-studied fecal biomarker molecule, which is increased in ulcerative colitis, was almost at healthy levels by six months. “The biomarker results are quite amazing,” enthused Steens. “They really show that what is behind the symptoms is getting better – the physiology is getting better.”

The company’s drug can treat both HIV and inflammatory diseases like ulcerative colitis by changing the way that messenger RNA gets assembled in the cell. By doing this, the drug both interferes with HIV’s viral replication, and also increases the amount of anti-inflammatory molecules being produced. 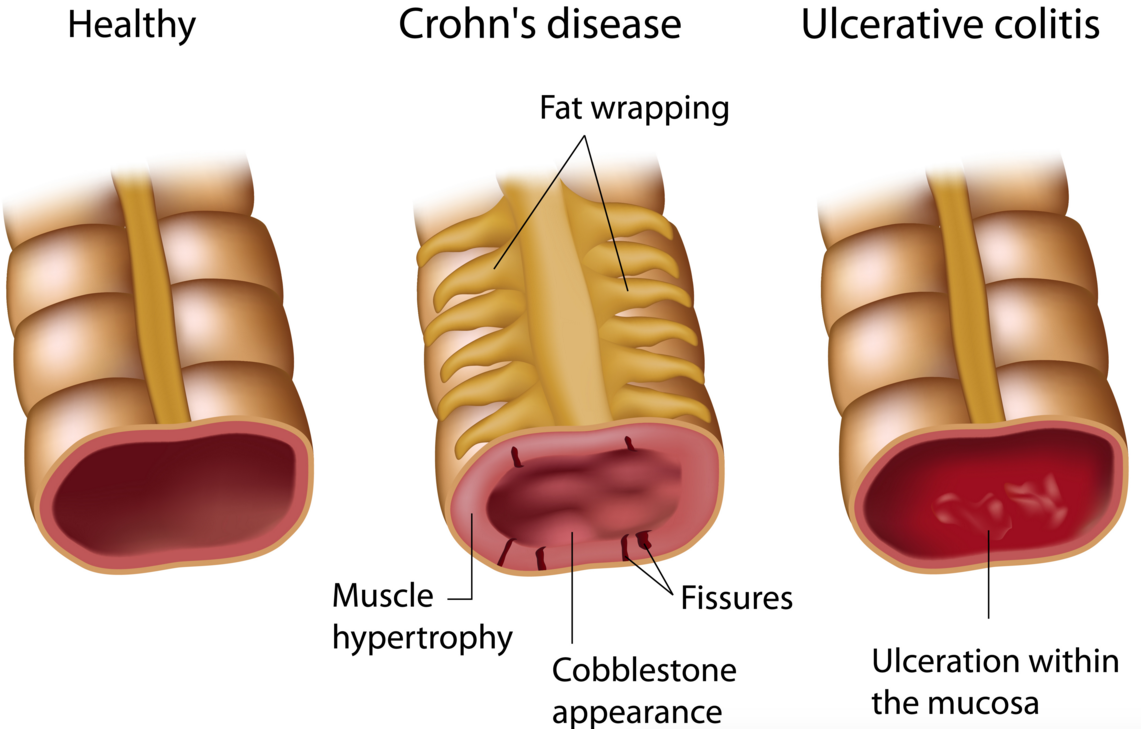 The drug has potential for delivering a functional cure for HIV, by clearing the hidden virus from the cells and intestine. However, the drug’s clinical progress with HIV is slower than with ulcerative colitis, due to the uncertain regulatory situation around this drug’s method of action.

“In the HIV arena, we’re talking about something totally new: targeting the reservoir, reducing the HIV,” Steens commented. “It’s so new that there’s no guidance from the FDA, despite me sitting on an advising committee of the FDA.”

The company will follow the ulcerative colitis patients for 12 months in total, and is also planning an additional year of follow-up studies to check the longevity of the drug’s effects. Longer term, Abivax has a larger phase IIb trial testing the drug in ulcerative colitis expected to start in 2019. Furthermore, the company is planning clinical trials of the same drug in other inflammatory diseases like Crohn’s disease and rheumatoid arthritis.

Another very active area of biotech aiming to treat these conditions and others is the microbiome. Big hopes are being placed in the microbiome, with examples like the French microbiome biotech Enterome forming a deal worth up to €600M with Takeda to fight Crohn’s disease back in October.