Over the last decade, the biotech industry has built a lot of hype around the emerging field of microbiome research. Its potential to treat all sorts of diseases has captured the imagination of scientists and the number of early-stage studies is growing massively day by day. These studies have found correlation between the human microbiome and bowel disease, diabetes, autoimmune diseases, cancer, depression and many more.

However, there seems to be a key piece missing. Most of these studies are still just the first hints pointing towards a connection between the microbiome and health. The field still needs to see large clinical trials showing it’s possible to have a noticeable impact on our health by modulating our microbiome.

The microbiome field is rapidly evolving, and several players are now getting close to get that proof. When that happens, the whole dynamics between academic research, biotech companies and pharma might change. At Bio Europe Spring, a panel of experts discussed how the field is transforming, and what the path forward looks like.

Moving to the next stage

One of the main challenges in the microbiome field is making sense of the many layers of complexity behind it. It’s no longer just a drug acting on a molecule with a specific role.

“We are dealing in our case with living organisms,” said Georges Rawadi, CEO of LNC Therapeutics. “We need to understand how they behave, how to modulate their activity, how they grow, how we can manufacture them. There are many questions that we need to address.”

Rawadi pointed out that while some players may have early clinical evidence, most of them are lacking the science to explain the mechanism of action behind it. Without it, it might prove difficult to convince regulators and potential partners to take a product forward. 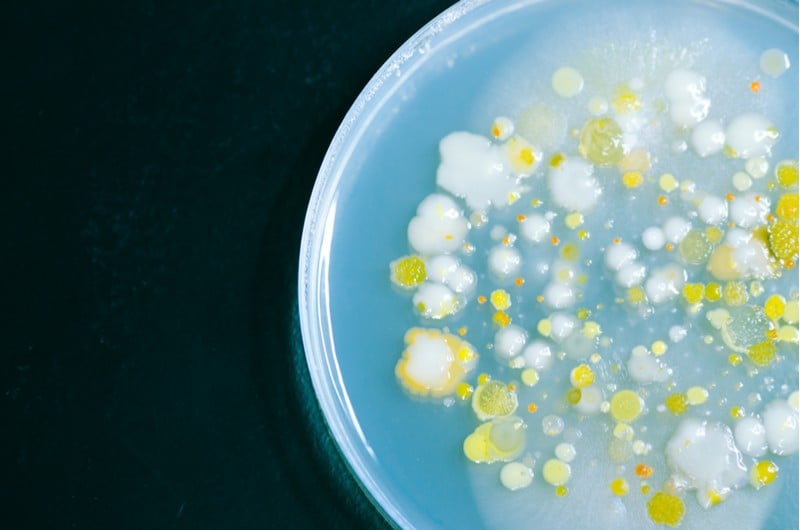 Before joining LNC, Rawadi worked in the immuno-oncology field, where he sees a parallel with what’s happening today in microbiome research. “One of today’s problems about establishing a healthy microbiome is reducing chronic inflammation,” he said. Reducing inflammation has also proven to improve the chances that a treatment for cancer, such as checkpoint inhibitors or CAR-T therapy, will work better.

“That’s why today a lot of companies start exploring how you can affect drugs that are used in cancer by modulating the microbiome. I personally see that this trend will go beyond just cancer immunotherapy to many other diseases, and potentially even to neurodegenerative diseases, which also have an inflammatory component.”

The intersection of cancer and the microbiome has attracted multiple companies, such as MaaT Pharma, Enterome or Microbiotica. But again, proof in human clinical trials is still missing. To do that, Rawadi remarked it’s important to work with multi-disciplinary teams that can tackle the complexity of the microbiome and its effects on human health.

Not all players in the field and not all different approaches will work, though. But that’s why it’s important that the field is receiving enough attention and enough funds to explore its real potential.

Getting pharma on board

Big pharma such as Takeda, Pfizer, BMS, J&J or AstraZeneca, have started venturing into the microbiome field. While their involvement can be essential for biotech companies to eventually take their products to market, most in the pharma front is still cautiously waiting to see where the field is headed.

“There’s not so much science behind the first products. Luckily, we’re starting to see more and more companies that are really looking into the mechanism of action,” said Michel de Baar, who is in charge of business development and licensing at MSD.

Besides a collaboration with the British microbiome company 4D Pharma, MSD remains mostly observant of the developments in microbiome research. In particular, de Baar believes that the interest of pharma can be closely tied to the specific technologies being used to target the microbiome. 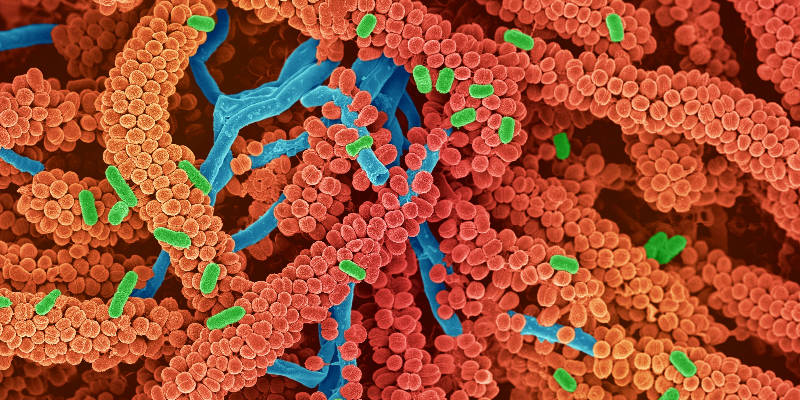 With traditional approaches that pharma is more familiar with, such as small molecules, pharma might be more willing to enter a licensing deal. As the science advances, more will be expanding into live therapeutics, where the ‘drug’ consists of one or multiple bacterial strains that are delivered alive to the patient.

“We’re definitely waiting for the first positive results from larger clinical studies in terms of live biopharmaceutics,” said de Baar. “To be really convinced that it works, we need at least two or three studies reading out very positively in terms of efficacy and safety. I think that’s for us a very important point after which we can make a better informed decision.”

Newer approaches, for example those using bacteriophage viruses to modify bacteria, that are still in the early research stages might instead attract another kind of deal. “They’re not very well characterized or developed yet and I think that opens the road for different types of partnerships, which are much more collaborative, much more research-based.”

In the end, it might be a good thing for companies in the microbiome space to wait before partnering with big pharma. “I’m not looking eagerly today to license or to partner,” said Rawadi. “I think there still needs to be a value before we’re in a good position to do that. But in the meantime, a collaboration where we can potentially combine our product and their technology could lead to proof of concept.”

“We’re not there yet,” agreed Groyer, “but I think we’ll get there and I hope that pharma are going to recognize the microbiome per se as a field in the future… We’re going to have some really nice data in the coming years showing how significant the microbiome can be in different pathologies.

“What pharma is waiting for right now is interesting clinical data so that they can go and say, ‘this is a product I can develop and get into the market and make money with.’”

What the future holds

The microbiome field is already starting to move into the next stage. The first human microbiome product, a therapy for bowel infection being developed by Rebiotix, might soon receive approval. Experts around the world are expectant to see the results of several phase II and phase III clinical trials that will be released over the next 2-3 years.

“We’re starting to see some really nice proof of concept in humans,” said Groyer. “The field is going to grow more mature and pharma are going to cooperate based on this clinical data. Eventually, the microbiome is going to be something very standard.”

As the science supporting microbiome research grows stronger, the companies in the field are also growing and maturing. Last year, we saw the first acquisition of a microbiome company, Rebiotix. Other companies are starting to look into the stock exchange market, which according to Rawadi is a sign that their pipelines are “mature enough.”

“If you look at the number of papers published by very good labs, the list is growing every week. We are unable to catch up with everything,” said Rawadi, who agrees it’s only a matter of time for microbiome therapies to become mainstream. “Think of what are the best-selling products in pharma: antibodies. Twenty years ago, people were saying, ‘there’s no way a mouse antibody will work in humans.’”